Covid Spike: We Can’t Let Maharashtra Screw Up Like Kerala Did Earlier 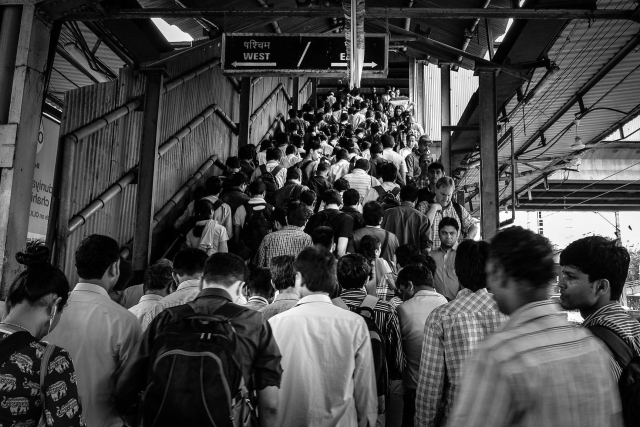 The spike seen in Maharashtra’s Covid cases over the last week calls for rapid counter-measures and a tweak in priorities on the part of both the state and central governments.

Unlike Kerala, where a combination of hubris (excessive belief in “the Kerala model”) and carelessness during the last festive season made it the state with the largest number of active cases currently, in the case of Maharashtra we have not reached that point yet.

It would be a tragedy if Maharashtra were to do Kerala next. The state is important for India’s nascent economic recovery as it accounts for more than 14 percent of our national GDP, and a resurgence in Covid cases here can set us back once more. Kerala accounts for just over 4 percent of India’s nominal GDP, and a lot of it is driven by remittances.

To repeat, Maharashtra should not be allowed to screw up the way Kerala did.

India’s 23.9 percent drop in GDP in the first quarter was led largely by the big industrial states of Maharashtra, Gujarat and Tamil Nadu, with urban areas like Mumbai-Thane, Pune, Ahmedabad, Chennai, and Delhi leading the pack.

But while the big southern states, including Karnataka and Tamil Nadu, India’s second and third largest contributors to GDP, have managed to put an effective lid on Covid (but there is no cause for complacency even here), Maharashtra seems to be sliding after the reopening of suburban travel and schools.

On Valentine’s Day, Maharashtra saw 4,092 new Covid cases, with the bulk of them concentrated in Mumbai, Pune and Nagpur, the main business hubs, apart from Nashik, Satara and Kolhapur.

Kerala, that other under-performer, reported 4,612 new cases during the day.

Maharashtra and Kerala are daily adding as many new cases as the total number of active cases in other industrial and services states.

What these numbers tell us are three simple things:

One, the national strategy for opening up must focus a bit more on the regional trends, and less on national ones. It does not matter if the India numbers are improving, if Maharashtra is regressing.

Two, vaccination strategies must take these regional trends into account and not focus excessively on the previously decided priorities: health workers first, frontline workers next, and senior citizens third. Each state should rework strategy for its own needs.

Three, opening up economic activity means speeding up vaccinations of the old, since they may be the most vulnerable even if they stay at home.

Studies show that as younger people start moving out, infections are most likely inside homes. This is why a Tata Institute of Fundamental Research study suggests that schools must reopen after we aggressively vaccinate the older lot.

The logic is that the young may be infected and asymptomatic, but their grandparents and elderly at home become doubly vulnerable as the young start moving about and infect others.

Vaccination strategy and the 3Ts – testing, tracing and treatment – must be most aggressively followed in the worst affected states, which means Maharashtra and Kerala for now.

Even as senior citizens are vaccinated first, even here the strategy must follow the Pareto logic – focus on vaccinating senior citizens in cities and industrial and services hubs that are more likely to get infected once the economy opens up, and less in semi-urban and rural areas, where the risks of infection may be lower. The latter areas must retain the old focus on prevention – hand washing, masking and social distancing.

Last, now that initial results on the vaccine and its adverse effects are available to the government, a plan to allow companies and other organisations to buy vaccines from the open market at commercial rates needs to be put in place. The government can vaccinate the priority groups as soon as it can extend vaccination centres to private hospitals and clinics, but companies should not have to sit on the sidelines while their employees are forced to court risks by travelling in public transport to their workplaces.

In short, vaccinate the elderly quickly based on geographical risks, and allow the potential spreaders at home – office goers – to buy their vaccines at market rates. Both individuals and companies should be able to buy the vaccines they need freely from April 2021.