Dalit Man Struggles To Get His Minor Daughter Back, Months After She Was Kidnapped, Converted And Married 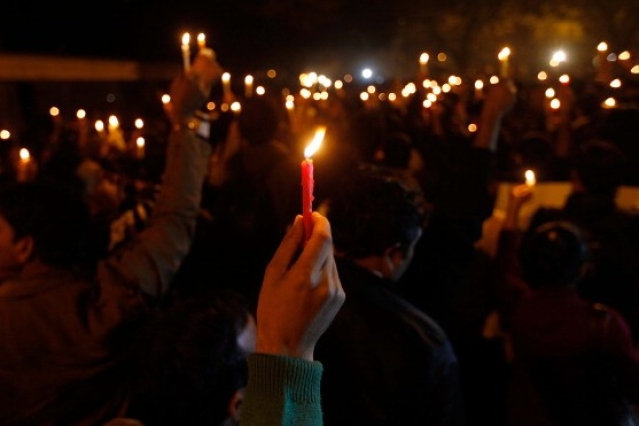 Last week, Swarajya wrote about a case in Delhi, where the police's fear of being branded communal prevented them from initiating action against the accused, a Muslim, in a minor Dalit Hindu girl's kidnapping. The girl remained missing for a month. It was only after some activists escalated the matter to the National Commission for Scheduled Castes (NCSC), which took serious note of it, that police in four states launched a massive search operation and rescued the girl.

Apart from refusing to mention Saddam Ansari's name in the first information report (FIR), the police also did not add the mandatory POCSO (Protection of Children from Sexual Offences) and SC/ST Act in the original FIR.

Another similar case has come to light from Uttar Pradesh's Bijnor district, albeit one where the police's mishandling has resulted in the minor Dalit Hindu girl being converted to Islam and married to her kidnapper, based on flawed documents. The poor father of the girl is making visits to the court with her school marksheet that shows her to be a minor, hoping to get the custody of his only daughter.

Swarajya spoke to the missing girl's father Dayanand Singh, 44, a resident of Dharmpura village in Nagina tehsil of district Bijnor in Uttar Pradesh. Singh, a Jatav by caste, first approached the local Nagina police on 4 May 2018, the day his minor daughter went missing. The FIR (a copy of which is with Swarajya) records his statement that his daughter, 17, was kidnapped by a bus conductor named Jai Prakash Gupta while on her way to school.

The case was registered under IPC sections 363 (kidnapping) and 366 (inducing woman to compel her for marriage against her will). Notably, the police did not apply the SC/ST Act despite Singh's plea.

There was no trace of the girl for two months. It was only when the police retrieved call details of the girl two months after she went missing that it emerged that it wasn't Jai Prakash Gupta but one Danish Hussain who had taken her away.

Dayanand Singh told Swarajya, "on 4 May, my daughter left for school like any other day at 9.30 am but didn't return until 6 pm and her phone was also switched off. I rushed to Nagina bus stand to inquire about her. Someone said she boarded the same bus in which Jai Prakash Gupta was a conductor. It so happened that a few days ago, my daughter had told me that Gupta proposed marriage to her. I had told her then that we could consider the proposal but she should first finish her school. My suspicion immediately fell on Gupta. I went to the police station and named him as accused."

Singh said he paid several visits to the police station but to no avail. "It took them 15 days to get the call details of the girl but they did it only for four days prior to her kidnapping. The details didn't give us any clue," Singh said, who works as a construction labourer and has two sons.

Days passed, the investigating officer got transferred and one Amit Kumar replaced him. Kumar probed the case, and based on the call details of a longer period, found out that the girl was kidnapped by one Danish Hussain of Nagina tehsil.

"I remember the date. It was 18 July," Singh told Swarajya.

According to Singh, Kumar then made a "mistake". "He called up Hussain, who said he was currently in Dehradun and admitted that the girl was with him. But the cop threatened him with dire consequences if he didn't return with the girl to Nagina police station soon."

Soon after the threatening call, Hussain filed a criminal writ petition in Allahabad High Court making the girl, now named Nisha Naz, as co-petitioner. The petition (a copy of which is with Swarajya) says the FIR in the case should be quashed and that Nisha Naz, a major as per her Aadhaar card, went with Hussain of her own free will. It says that criminal proceedings were initiated against the couple because the girl's father isn't happy with the marriage.

In its order on 1 August, the court directed the girl to present herself before the chief medical officer for a bone ossification test within 10 days to ascertain her age. The court ordered a stay on the accused's arrest in the case filed by the girl's father. The court listed the next hearing for 23 August.

Nagina-based activist Bhupendra Pal Singh, president of a Dalit organisation named Vishwa Dalit Parishad, explained to Swarajya the confusion around the girl's age. He shared a copy of the girl's Class X certificate issued by Allahabad High School and Intermediate Education Board with Swarajya that shows her date of birth to be 9 June 2001 which means she is 17, a year short of being a major.

"As her school documents show, she is a minor. But it so happened that her Aadhaar card incorrectly mentioned her year of birth as 1999. You know how it is, how the officials routinely get the details wrong on Aadhaar and voter identity cards. The family never bothered to correct it. But the accused knows it very well that the girl is a minor because when she eloped, she took her original Class X certificate along with her. But see, they ignored it and used her flawed Aadhaar card to file the court petition. Is Aadhaar card more authentic than the Class X certificate?. We wonder why the court didn’t consider this proof."

Bhupendra Singh helped the girl's family approach the NCSC. In its order on 6 August - a week after the court stayed the accused's arrest - the NCSC said that Aadhaar card cannot be treated as an authentic document of age. It said that based on the Class X certificate provided by the girl’s father, the police should initiate proceedings against all the people involved in her conversion and preparation of the nikahnama. It also directed that the girl should get her bone test conducted soon.

Swarajya has a copy of the girl’s conversion certificate and her nikahnama. The conversion certificate, which mentions her age as 19, was issued by one Moulana Muhammed Abid Qasmi of Al-Jamiatul Islamia Falah-e-Daran located in Delhi’s Shastri Park area on 1 June 2018. The nikahnama, dated 6 June, shows the address of the witness as Delhi.

Despite the NCSC's directions, the police have yet not arrested the people involved in the girl's conversion and preparation of the nikahnama, said Bhupendra Pal Singh. In a second hearing last month, the court again ordered a stay on the accused's arrest. The girl has not yet got her bone test done which is delaying the matter, he said. The next hearing of the NCSC is scheduled for 24 September.

Swarajya contacted investigating officer Parveen Kumar Singh, Circle Officer Nagina, several times but he kept disconnecting our phone. We will update the report when he responds.

5. A Father Longs For His Daughter

Dayanand Singh vividly remembers the day in the first week of August when he received a call from Nagina police station that he has been made respondent in a criminal writ petition filed by his daughter. "It was so out of the blue. I was shocked. The police officer told me to appear at the Allahabad court on 21 August and that a lawyer for me had already been arranged," he told Swarajya.

"That day, I saw my daughter for the first time in four months. I asked her why she had done this, to which she replied that whatever had to happen, had happened and both families must now live in peace."

"This is unacceptable to me. If she were a major, I would have simply considered her dead. But because the law makes me her custodian till she is a minor, I will make every effort to get her back," Singh told Swarajya.

He said that he has spent tens of thousands of rupees on the lawyer and travel to the court which a poor man like him found it difficult to afford.

He said when he called up Hussain after the court meeting and requested him to return his daughter, he was told: "Ladki maine le li hai, tujhse wapas li jaaye to le le (I have taken the girl, take her back if you can)".