Defence Indigenisation: Is India Hard-wired Not To Learn From Its Past Experiences? 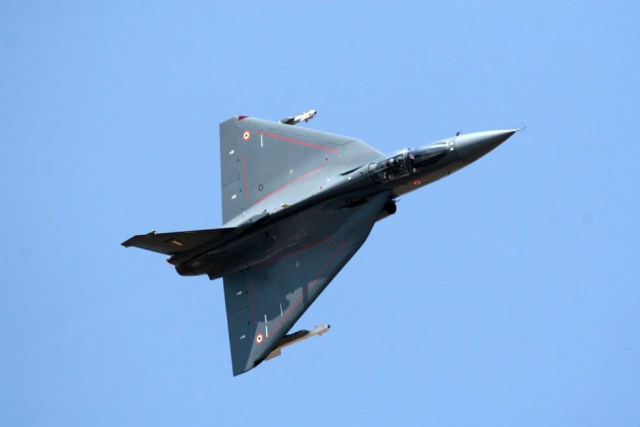 On a day when a crucial judgement [Rafale review verdict] on a defence procurement was made, a true victory for any party would be if the powers-that-be could reflect on the necessity for this whole acquisition exercise.

To begin with, it should be understood that there are many departments in the government that could claim to be undisturbed after the new political dispensation came into power.

However, the one department that could take the credit for its inertial prowess in India over the years would be the one dealing with defence production. Governments have come and gone and so have thoughts on “indigenisation” and “self-sustaining defence production”.

The only thing in common across the governments has been ideas and policies, with not enough structure or frameworks for implementation. Not addressing this root cause has been the bane of successive leadership. This has also helped sustain an ecosystem that pursues several real and perceived defence scams.

From a civilisational view point, technology and manufacturing tend to grow with increasing defence expenditure.  Ironically, India's defence demand, instead of spurring the building of its capabilities, has led to the draining of its resources continually since independence.

In fact, it has been compliant to let its political processes be controlled by the supplier nation states or non-state actors (aka Multinational Corporations aka military industrial complexes).

India, like many nations that are prime defence markets seem to be hard-wired not to learn from past experiences. A demonstrative case would be the evolution of aircraft manufacturing.

Hindustan Aeronautics Ltd. (HAL) had developed a supersonic framework for an indigenous aircraft, Marut. This program was abandoned to pursue obtaining a new aircraft called Mirage from a fledgling French aviation company called Dassault, which was reviving itself post World War II!

It is almost deja vu to know that the Marut aircraft, which was designed to be supersonic, suffered from the lack of engines that could help take it past the sound barrier.

While the problem that led to the abandoning of this large program was known, there were no systemic national programs that followed to address this gap.

Incidentally, the next indigenous aircraft program from HAL after many decades, Tejas, also suffered time overruns and a near-death experience for want of engines! Guess the decades in between were not sufficient to build competencies in developing good engines.

It is things like this that expose the deficiency in our leadership to plan and direct programs as a nation. For an ecosystem that revels in nepotism across the spectrum, recognising and rewarding excellence is a systemic deficiency.

In fact, the ecosystem to sustain mediocrity thrives on compliance and penalizes entrepreneurial adventures. It is a tad difficult to have leaders who can think long and fight the ecosystem to build large integrated programs.

Whilst there could be plenty of examples for failures, the space and nuclear programs thrived irrespective of many well-placed interventions. Leaders par excellence in both political and scientific arena pushed the envelopes and opened multiple doors.

These cases should be studied in detail and used for developing leadership as a skill. People with such skills need to be identified, nurtured and deployed appropriately.

The incumbent government, like the governments before it, seems to have made honest efforts to revive the entrepreneurial spirit of the nation. A variety of schemes have been announced to pursue this goal.

However, the required bench strength across the government and industry to follow up on the vision to be translated into effective success stories on the ground is found wanting. This systemic inconsistency is akin to throwing the proverbial good money at a bad idea!

Radical efforts have to be made to push the ecosystem beyond their comfort zone to bring about change. Some of these exercises in the short-term would appear to hurt the monopoly and market of the defence public-sector units (PSU).

Incidentally, some of the defence PSUs have finally breached their own imaginary iron curtains and reached out to the expertise within the nation to help with their product development and improve efficiencies.

Hopefully, these organizations continually work to sustain these initiatives to build ecosystems that support them in the long-term!

It is important for us to repeat the story of Advanced Towed Artillery Gun System (ATAGS) many times over without it being lost in the din. ATAGS is a 155mm Howitzer gun that was designed and developed by the Defence Research and Development Organisation (DRDO).

This technology was transferred to two private-sector manufacturers in the automotive space and the Ordnance Factory Board (OFB). The private-sector companies went on to manufacture the guns and broke records during their field trials.

The guns are now ready to be inducted into the Army, which had been starved for big guns, having had them on their desperate shopping list for a while.

Allowing DRDO, a research and development agency, to access the market with more than one manufacturer has been very rewarding in accelerating product development, testing and deployment.

Success stories like these encourage large manufacturers to take the leap of faith. Significant developments in technology and the forward movement of the ecosystem is bound to follow.

While large manufacturers are essential to bring large capital and sustain the industry, they are effective only as long as they have an effective supplier base. Tier 1 and 2 suppliers turn out to be great innovators owing to various existential pressures.

Building this base in a wider corridor and clusters can be helpful for them to build competencies and look for markets beyond defence production.

An example of this horizontal deployment is the jewelry industry in Surat that went on to use their 3D-laser-machining skill to make cardiovascular stents. The titanium-machining centres, nurtured for spacecrafts and missile manufacturing, diversified to manufacture orthopaedic implants.

Therefore, the government's vision of ‘defence corridors’ has merit based on experience. However, the lack of mission and deployment plans are a cause for concern that could result in one more recipe for disaster!