Despite Best Efforts, It Is Impossible To Guard This Stretch Of India-Bangladesh Border 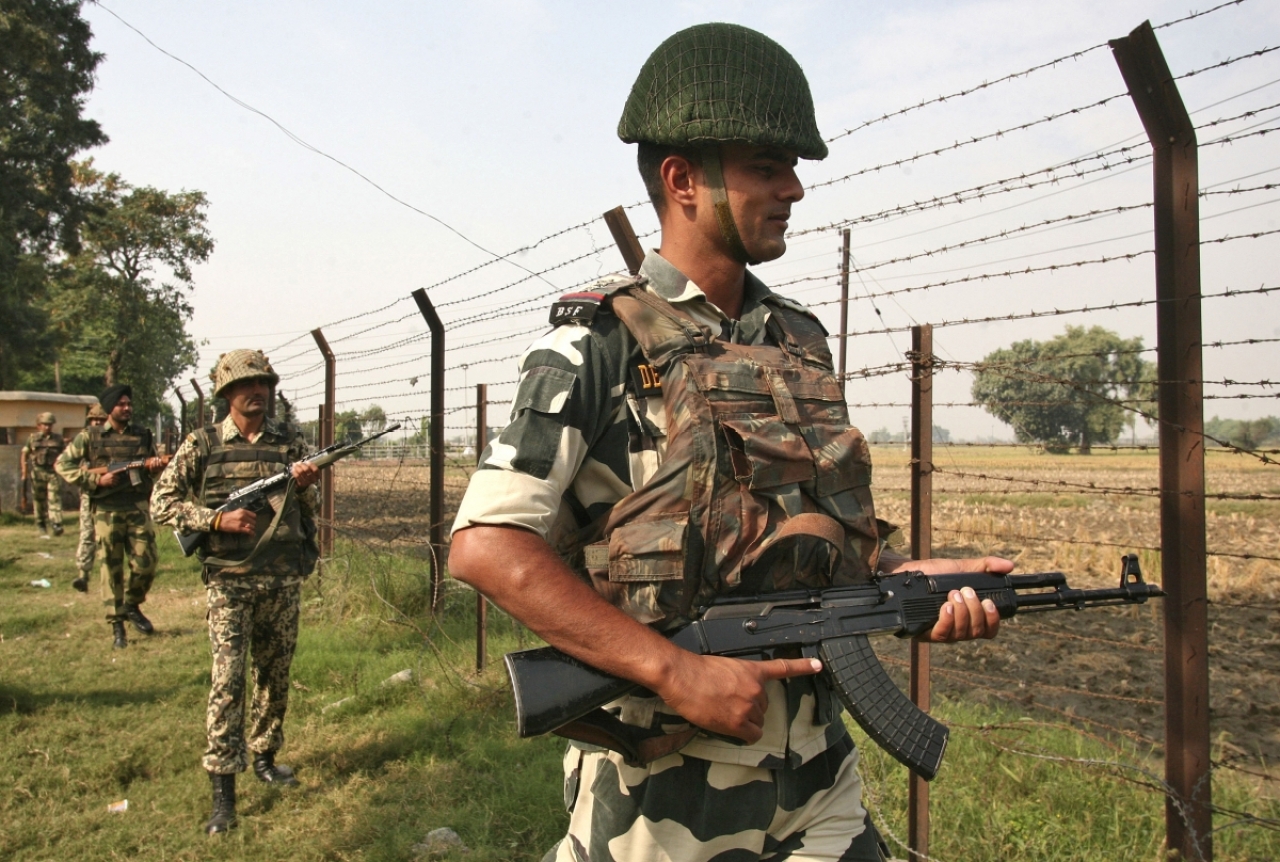 Nature, and not man, is the master here. And what man proposes, nature frequently disposes, often in a manner as if to prove its superiority. Nowhere, perhaps, is this on such stark display as Dhubri, Assam’s western-most district that has a 90-kilometre long border with Bangladesh.

This border, guarded by the Border Security Force (BSF), is extremely porous because many stretches are riverine. The Brahmaputra flows from Assam into Bangladesh through Dhubri and at this stage of its journey, the mighty river is a medley of channels, some as wide as 4 to 5 km, and rivulets that are just a few metres wide. What is more, the channels and rivulets constantly change their course and, during the monsoons, the river becomes more than 10 km wide and is one humongous and endless mass of fast-flowing water with strong currents and undercurrents.

The international border here is a crazy line that travels in all directions (see this map) and, thanks to the terrain, is impossible to demarcate on the ground. So what is a notional line over land today can well become a highly contentious one over a rivulet tomorrow and vice versa. Take the case of the river and the border at Sastarghat and Patamari (see map): the border and the river, or its channels, criss cross each other many times and at every conceivable angle. The border passes over chars (fertile floodplains and islands formed by deposits of alluvial soil by the river) that are thickly populated in some parts, but all this human habitation gets gobbled up by the swollen river during the monsoons.

The map denoting the International Border at the office of the commandant of a BSF battalion guarding this sector slices through one channel of the Brahmaputra in an east-west axis at Sastarghat Point II. The line (the border) then suddenly takes the north-south axis till the middle of the existing river channel before taking the east-west axis roughly along the middle of the riverbed before reverting to the north-south axis that slices through the river again and also through the char (see this map). An older map (of 2015) that the commandant takes out shows this same stretch of the border slicing through and following the course of three river channels where now just one exists.

It is, naturally, a very tough job even in the best of times to guard such an undemarcated border. And the ‘best of times’, says BSF officers posted along this difficult border through which illegal infiltration and large-scale cattle smuggling, besides other crimes, is rampant, stretches for a few short months from November to March when the volume of the Brahmaputra is low and the river is placid. “For the rest of the year, we have to battle floods, strong river currents, murderous smugglers and determined infiltrators with limited resources,” says the deputy commandant of a BSF battalion posted in this sector.

In April this year, India’s first ‘smart fence’ project was unveiled in this sector by BSF Director General K K Sharma. The ‘smart fence’, a mix of surveillance and warning systems, was operationalised along 55 km of the International Border in Dhubri. “We used to carry out only human surveillance of the border using speed boats and other river vessels. But that was grossly inadequate. The ‘smart fence’ was not a physical fence as such, but involved positioning cameras and other surveillance devices, infrared and laser sensors along the undemarcated border, especially the riverine stretches.

The ‘smart fence’, officially named Comprehensive Integrated Border Management System (CIBMS) (read this), also involved setting up monitors in control rooms at BSF border outposts. “Any transgression of the border would be detected by the surveillance devices and sensors and relayed automatically to the control rooms, which would then alert the nearest patrol party that would rush to the spot of the reported transgression,” said the deputy commandant.

But what the planners did not take into account were the floods. “Many of our posts were submerged and the sophisticated devices installed at the borders were washed away or damaged beyond repair. My men had a tough time surviving and virtually lived on boats for a few days. There was water everywhere and even the landmarks that we use as reference points to know where the border runs were nowhere to be seen – they were washed away or totally under water. So how are we to know which is the border and if we don’t know that, what do we guard?” asked an assistant commandant, who had to mount a special rescue mission in the middle of the night in July this year to save 10 BSF soldiers marooned in a flooded Border Outpost (BOP) under his command.

“Such emergencies happen every year,” said the commandant of a BSF battalion in Dhubri who shared this video. “It is easy to fathom why such a difficult border with virtually no demarcation and where the main river channels and their numerous distributaries keep on multiplying and merging and changing courses not only every season but often a few times every season is so difficult, if not virtually impossible, to guard effectively,” he added. The CIBMS, thanks to the recurrent floods this year, was not effective, admit senior officers at the force’s eastern frontier headquarters in Kolkata.

Infiltrators from Bangladesh and smugglers on both sides take advantage of the recurrent floods here. During the floods, the BSF is busy saving its assets and in rescue and aid missions. This preoccupation is taken advantage of, and there is nothing that the BSF can do about it. “We are helpless, even though we try to maintain as much vigil as possible. Often, we don’t even know if the people we are rescuing are our own countrymen or Bangladeshis,” said an inspector-rank BSF officer in charge of a BOP near Patamari.

The BSF does not have adequate resources at its command and facilities for the men are minimal in the border areas, especially in difficult and remote places like Dhubri. BOPs are often housed in makeshift structures made of bamboo, mud and corrugated iron sheets. “We sleep on rickety charpoys and use firewood to cook. There are barely any modern amenities and comforts for the men who spend up to 12 hours or even more on small patrol boats. The sophisticated gadgets and monitors (part of the CIBMS) inside such ramshackle BOPs look totally out of place and even unseemly,” said the assistant commandant.

The BSF commandant pointed out that the landmarks like trees, buildings, electrical poles or other structures that are used by his men to decipher the border get damaged or disappear during floods or the frequently changing course of the river channels and their distributaries. “So which is the border that we are to guard?” he asks. It is no wonder then that illegal infiltration from Bangladesh, as well as cattle smuggling (watch this video), continues unabated through the ‘border’ in Dhubri.

BSF officers say that no matter how many sophisticated gadgets are deployed, and irrespective of how many men are put to patrol this part of the India-Bangladesh border, the huge gaps especially in the riverine areas can never be plugged effectively. “It would make more sense to redraw the border and make it simple – a straight line that can be plotted on a map through coordinates instead of the convoluted line that looks like a crazy scrawl at present,” said a very senior BSF officer in Kolkata. But that will require a lot of political will on the part of both Delhi and Dhaka and may run afoul of local sentiments. But until that is done, infiltration, smuggling and other trans-border crimes will continue across this part of the Indo-Bangladeshi border.