Does The Company Law Tribunal Have Enough Judges To Even Keep Up With Current Cases? 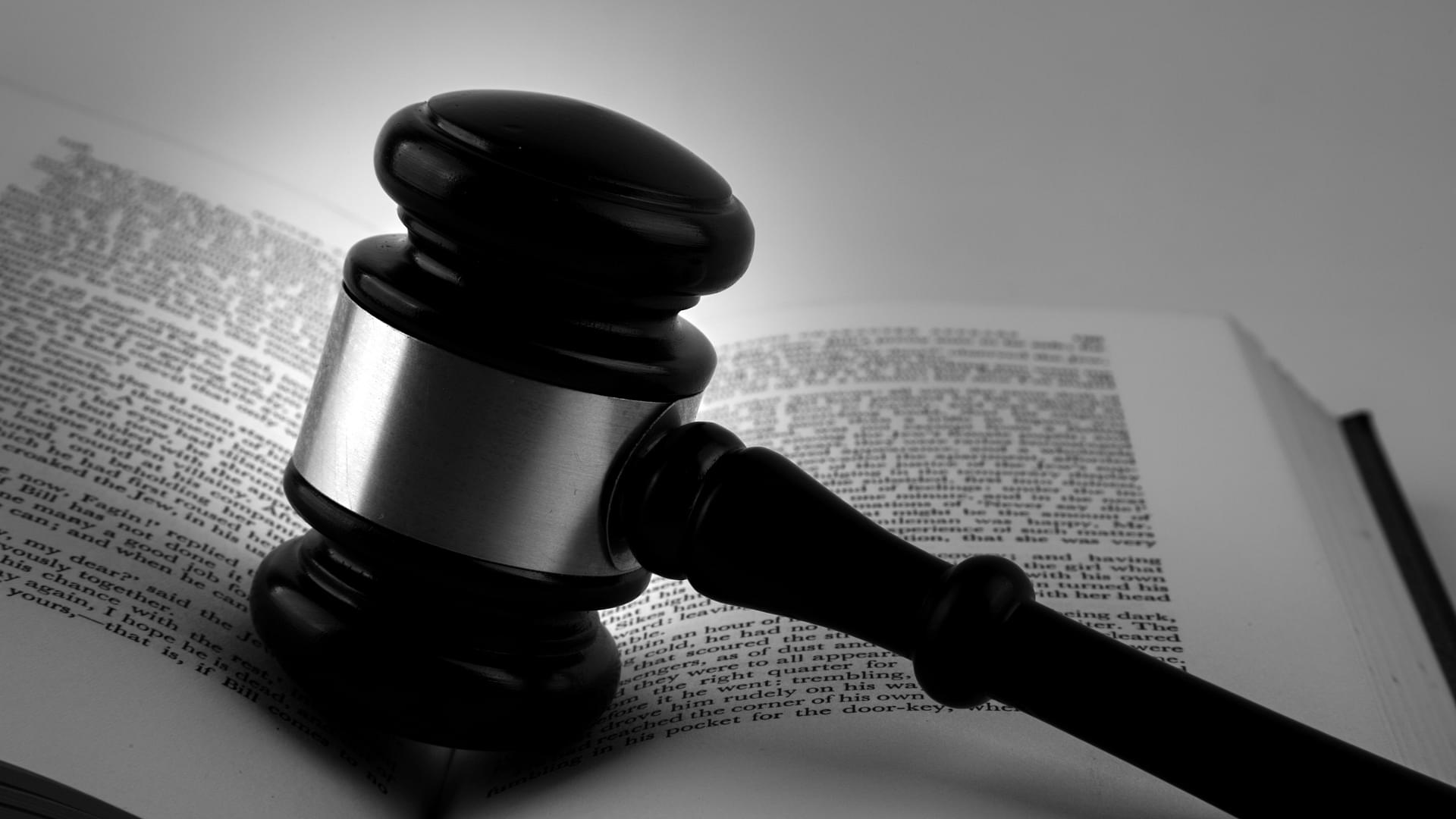 The recently passed Finance Bill made headlines for combining tribunals, purportedly to rationalise their functioning. This is not the first such attempt. The parliament set up the National Company Law Tribunal (NCLT) with a similar objective of streamlining all judicial proceedings under the Companies Act, 1956 and Companies Act, 2013. It has been operating since June 2016. The NCLT will hear all cases under these acts which would earlier have gone to one of four existing courts and tribunals: the Company Law Board (CLB), Board for Industrial and Financial Reconstruction (BIFR), high courts (HCs) and Debt Recovery Tribunals (DRT).

The popular discourse till date has largely focused on pending cases, which the NCLT will inherit. While the volume of these cases is substantial, we estimate that the volume of new cases which will be instituted will be even larger. In this article, we estimate how many judges the NCLT will need to handle this caseload. We find that the present strength of the NCLT is far lower than what is required. If this problem is not solved, NCLT is likely to end up a slow and inefficient tribunal.

We use the tribunals which would have originally heard the cases as a proxy for the different types of cases NCLT will hear. So we have HC-type cases, BIFR-type cases, DRT-type cases and CLB-type cases. To calculate the number of judges NCLT needs, we need to know the:

To get I, we take the average number of cases instituted every year in HCs and each of the three tribunals. We only count the kind of cases which will be transferred to NCLT. For example, original jurisdiction company petitions were earlier being heard by HCs, but will now be heard by NCLT. So, from the total cases instituted in HCs every year, we only count original jurisdiction company petitions.

For D, we first calculate the average number of cases (of the relevant kind) disposed of by HCs and each of the three tribunals every year. Then we divide this average disposal rate for each of them by the number of judges. For example, the CLB has five benches. So D for CLB is equal to total cases disposed of by CLB in one year divided by five. Thus, we get the average disposal rate per judge for each of the four types.

I&D give us the number of judges required for disposing of each type of case instituted in one year. Adding all values of I&D gives the total judges NCLT will need to dispose of all cases of all types instituted every year.

What Is The NCLT's Caseload?

All HCs put together admitted approximately 14,000 original jurisdiction company matters in 2015-16 (See SC Annual Report 2015-16). In the Bombay, Delhi and Orissa HCs, approximately 90 per cent of all original jurisdiction company matters are company petitions and applications are likely to now go to NCLT. Assuming this proportion holds good for all HCs, about 12,700 cases, which would earlier have gone to HCs will now be heard by NCLT.

DRTs admitted an average 21,470 original applications (OA cases) per year from 2012-13 to 2014-15 under the Recovery of Debts Due to Banks and Financial Institutions Act, 1993 (See here and here). In a sample of about 15,000 cases, we collected from Delhi DRT-3 company and LLP related matters – matters which will now be heard by NCLT – constitute approximately 45 per cent of the total cases. That brings the number to 9,660 cases for all DRTs put together. These are the cases, which will now go to NCLT instead of DRTs.

This brings the total volume of fresh cases to 32,670. This will be the annual rate of institution of new cases in NCLT, assuming it stays constant over the years. The next question we have to tackle is: how many of these cases can be disposed of in a year?

What Will Be The Disposal Rate Of Cases?

For cases from DRT and CLB we can straightaway use the respective tribunals' disposal rates.

BIFR is notorious for cases pending for a very long time. In the three years from 2010 to 2013, BIFR disposed of just 169 cases (62 pending). Since the Companies Act, 2013 and the Insolvency and Bankruptcy Code, 2015 have more streamlined processes for winding-up of companies, it is expected that the disposal rate would be higher when NCLT takes over cases being heard by BIFR. Therefore, we assume that when NCLT hears these cases it will dispose of them at a rate equal to DRT's disposal rate ie 360 per judge per year.

For cases from HCs and BIFR, why do we take the disposal rate of DRTs and not CLB? Unlike DRT, 60-80 per cent of the CLB's caseload consisted of compliance related matters or small matters. For example, in 2013-14 and 2014-15, 60 per cent and 40 per cent respectively, of the cases instituted in CLBs were matters regarding taking deposits without advertising (Sec 58A (9) Companies Act, 1956). These are routine matters and have high disposal rates; the ratio of annual disposals to institutions is consistently close to one. Substantive matters on the other hand constitute 20-40 per cent of the instituted cases, and their disposal rate is much lower. For example, in cases regarding mismanagement of companies (Sec 397, 398 Companies Act, 1956), the ratio of annual disposals to institutions is around 0.7. Between 2013-14 to 2014-15 cases under Sec 397/398 constituted 4-6 per cent of total cases instituted in CLB, but represented 40 per cent of the total pending matters at the end of the year. Since most of the cases heard by HCs and BIFR are expected to be of a substantive nature, we cannot use CLB's average disposal rate. Therefore, we assume that NCLT's disposal rate for these cases will be similar to the DRTs' average disposal rate, rather than the CLB's.

How Many Judges Does The NLCT Need?

Armed with the institution and disposal rates of each type of case we can now calculate the number of judges required. One last consideration is the structural difference between the NCLT and the other tribunals. The NCLT has two types of benches, viz division benches consisting of two judges and single benches consisting of one judge. Therefore, in the case of NCLT we calculate the number of benches rather than judges.

Thus, we estimate that the NCLT will require 69 benches just to keep up with its caseload. We can also use these disposal rates to calculate the number of judges required for clearing the inherited backlog of 24,900 cases. If these cases are to be disposed of steadily over the next five years, NCLT would need about 80 benches.

The NCLT currently has 14 benches (in eleven locations) (See here, here and here). With a disposal rate of 473 per bench per year, and 14 benches, NCLT can dispose of 6,620 cases per year, ie only a fifth of the incoming fresh cases. At this rate, the NCLT will accumulate a backlog of 26,050 cases per year; a total backlog of 130,250 cases in five years. The central government is planning to establish one NCLT bench in every HC jurisdiction, ie a total of 24. Even with 24 benches, the NCLT would accumulate a backlog of 21,320 every year. That's a total backlog of 106,600 cases over the next five years.

It should be noted that in these calculations we haven't factored in any increase in the rate of filing fresh cases, nor have we considered the entirely new categories of cases (eg: class action suits) which the NCLT will hear. These will place an even greater burden on the tribunal.

Some Corroborating Evidence For Our Predictions

There is evidence to suggest that badly designed procedures which allow unnecessary adjournments, lost working days, and administrative inefficiency substantially contribute to judicial delays and pendency. In the case of NCLT, even if these issues are fixed and we manage to double its disposal rate, the current bench strength would still be far short of what is required to handle its caseload.

This analysis draws attention to the fact that we need to do a better job of estimating the judicial resources required to handle case loads. What we have presented in this article is an example of a Judicial Impact Assessment (JIA): estimating the resources required in the judiciary to handle the case load, using data on court productivity. A pre-requisite for JIA is the availability of high-quality empirical data on case loads and productivity. It is important that JIA should be institutionalised in the legislative process, so that courts are able to deliver timely justice.

The US has a specialised body called the National Centre for State Courts dedicated to conducting research on the functioning of state courts. It maintains databases of case-level data and has developed models for various kinds of judicial needs assessments for state courts. It has even developed software for court and case management, which are currently used in the US state courts. There is a similar system in place for federal courts. The estimates for judicial resource requirements in both cases are based on weighted caseloads which are derived from granular, case-level data.

One significant difference between India and the US is that in comparison to the US, it is easier for the government of India to change the number of benches as needed. In the US, new judgeships can only be created by an act of the legislature. By contrast, in India, new benches for the NCLT can be created by the central government simply by notification. What is however lacking is a sound process for determining the number of judges/benches needed.

With its lack of adequate number of benches, the NCLT is likely to be plagued by delays just like its predecessors. A more efficient judicial procedure, and greater bench strength, are both required to effect a lasting solution.

Reserve Bank of India. Report on Trend and Progress of Banking in India 2015-16

The authors are researchers at the National Institute of Public Finance and Policy, New Delhi.