Explained: How The Trade War Between United States And China Could Affect Apple 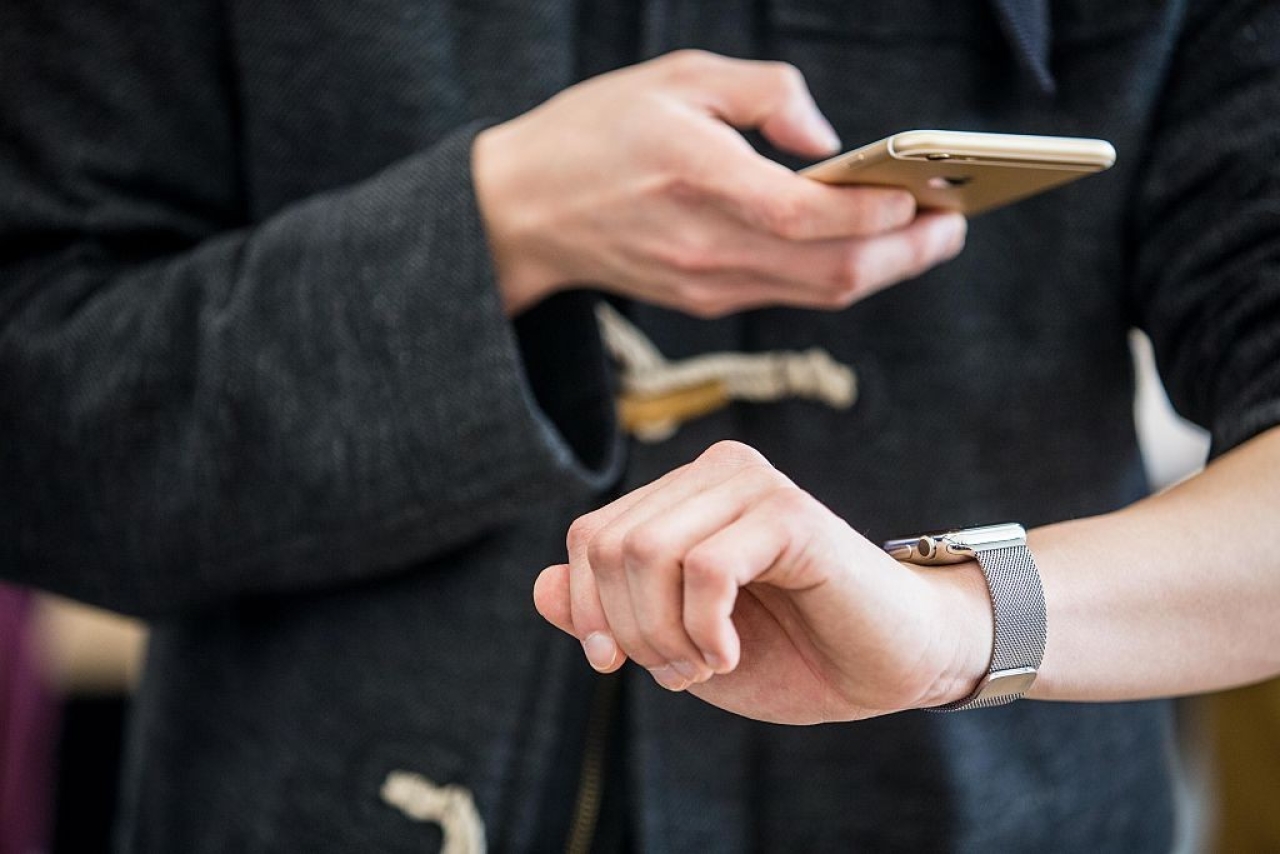 A customer takes photos of an Apple Watch smartwatch tried on his wrist with his iPhone at an Apple Store near West Lake on April 10, 2015 in Hangzhou, Zhejiang province of China. (VCG/VCG via GettyImages)

Trade tensions between the United States of America and China show no sign of abating with the Donald Trump administration imposing 10 per cent tariffs on $200 billion worth of imports from China. This follows on the heels of a 25 per cent tariff imposed earlier on $50 billion worth of Chinese imports. China has also matched American actions with retaliatory tariffs and the simmering trade dispute between the two major trading powers has cast a pall of uncertainty on the global economy.

The prospect of a prolonged trade war has not only left the world economy jittery but some of America’s top multinational companies are also voicing fears on the impact the same would have on their bottom-line. Apple has for long now been voicing its apprehensions over the impact that the trade dispute between the United States and China would have on its operations in both countries. While the United States constitutes Apple’s home market, China contributes approximately $50 billion a year in annual revenues as the company sells millions of iPhones in the country.

But the greatest vulnerability for Apple lies in the fact that most of its products including the iPhones, watches, AirPods among others are assembled in China. While Apple’s smartwatches and wireless earbuds have been exempt from the current round of tariffs, the possibility of being subject to tariffs in the future is an ever present threat. Also, Apple is extremely vulnerable to retaliatory actions by China which could take the form of restricting supplies of parts, equipment and materials.

Analysts have estimated that had the current 10 per cent tariff applied to Apple products, it would have led a $11 increase in the price for each Chinese made Apple smartwatch. While Apple enjoys healthy profit margins and cash flows which has driven the market capitalisation of the company beyond the $1 trillion mark, absorption of the impact of potential tariffs would lead to a sharp reduction in margins. Also, Apple’s production lines are too ensconced in China and the company has no potential alternatives for shifting production in the short-term.

It is not just the imposition of tariffs on Chinese imports that worry the Cupertino-based company. American actions against Chinese telecom equipment majors such as ZTE and Huawei have also been a source of tension in recent days with the Americans sanctioning ZTE for violating sanctions imposed against Iran and North Korea. Huawei has also borne the brunt of American suspicions about Chinese cyber espionage, and a potential deal where AT&T would sell Huawei phones in the United States fell through due to official pressure. It is feared that prolonged pressure on Chinese commercial interests would invite retaliation from the Chinese authorities such as the delayed approvals of iPhone 6 in 2014. The Chinese move back then was allegedly prompted by the indicting of five Chinese military hackers and a recurrence of such retaliatory measures cannot be ruled out.

In light of the above risks, Apple has aggressively advocated a tempering of trade tensions by urging the American government to reconsider its tariff measures. The company has argued that the imposition of import tariffs effectively taxes American consumers as it make object of day to day use more expensive. While it would appear that the company’s efforts at changing the American government’s mind have borne partial fruit with Apple products being exempt from the current round of tariffs, a potential escalation in trade tensions could badly impact the fortunes of the blue chip company.