Explained: Human Challenge Trials And How These Can Help Give Us Covid-19 Vaccine Few Months Sooner 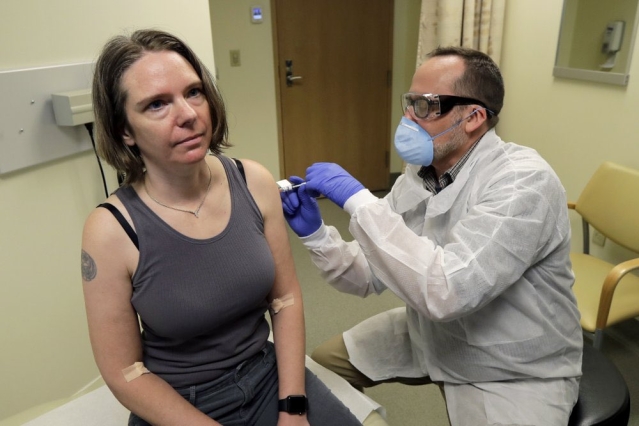 India is finally stepping up efforts to develop a vaccine after lagging behind other countries for months.

Hyderabad-based Bharat Biotech International Limited (BBIL) and Ahmedabad-based Zydus Cadila are the two firms in the country which have received regulatory approval in the past one week to start human trials for their vaccine candidates, Covaxin and ZyCoV-D, respectively.

BBIL has developed its vaccine in collaboration with Indian Council of Medical Research (ICMR) and National Institute of Virology (NIV), Pune.

Zydus Cadila’s candidate is a genetic vaccine which uses Coronavirus’ own genes to induce an immune response.

BBIL’s is a whole-virus vaccine which injects an inactivated Coronavirus into the body to provoke an immune response.

On 2 July, Dr. Balram Bhargava, director-general, ICMR, wrote a letter to BBIL saying that ”it is envisaged to launch the vaccine for public health use latest by August 15 after completion of all clinical trials.“

“This is the first indigenous vaccine being developed by India and is one of the top priority projects, which is being monitored at the topmost level of the government,” he added.

It created a controversy because the vaccine candidates developed in the US, UK, etc and which are ahead of Covaxin in clinical trials are also expected to take months before launching it for public use.

In such a scenario, for ICMR to suggest a 15 August deadline, is seen as problematic in the scientific community, for they believe this isn’t possible without throwing caution to the wind.

Usually, the timeline for developing a vaccine runs into years, if not decades.

In fact, receiving approval to start human trials for vaccine candidates can itself take years.

However, the Covid-19 pandemic has forced governments across the world to cut red tape and fast-track approvals.

It is unprecedented that some vaccine candidates were authorised to start human trials as early as March, within two months of deciphering of the SARS-CoV2 genome.

Corners are being cut even in human trials, with some candidates getting approval to club their phase-1 and phase-2 trials.

1) pre-clinical stage where the vaccine is tested on mice/monkeys to test if it produces an immune response.

2) Phase-1 trial which is first stage of testing on humans to check for safety on limited number of individuals.

3) Phase-2 trial where hundreds of individuals are administered the vaccine to see its safety in wider demographics including children, elderly and those with pre-existing conditions.

This stage is about testing the efficacy of the vaccine candidate.

5) After the results meet the safety and efficacy criteria, vaccine is approved by the government for general public use.

Each stage can take months to years, but given the challenge Covid-19 has posed before the world, governments and researchers are moving fast.

There are over 145 vaccine candidates being developed across the world, out of which only 21 are in Phase-3 trials. These three are:

1) Vaccine by AstraZeneca and the University of Oxford which seems to be most promising and is expected to be approved for emergency use by October and for public use by end of the year.

2) Bacillus Calmette-Guerin vaccine (developed in early last century against tuberculosis) and is being tested by The Murdoch Children’s Research Institute in Australia.

American firm Moderna is also starting its Phase-3 trials in July. Only one candidate in the world has been approved for limited use and that’s a vaccine developed by Chinese company CanSino Biologics in collaboration with the country’s military.

Despite the research and approvals happening at unprecedented speed, the governments and people across the world can’t wait to get their hands on the wonder vaccine that will take them out of quarantines, isolation and containment and end the human as well as financial misery which is taking a toll on them.

To further fast-track the process of vaccine development, some are recommending human challenge trials, an unconventional and comparatively faster method to test the efficacy of vaccine candidates currently in advanced stages of human trials.

Phase-3 human trials take the longest to conclude for vaccine candidates because thousands of people who are given the vaccine return to the real world and go about their lives as normal.

They may or may not be exposed to the virus they have been inoculated against by the vaccine. So, it can take years for researchers to realise and conclude the efficacy of vaccine on large populations.

Opposed to this, human challenge trials are where volunteering individuals are deliberately exposed to the virus.

One group is given the vaccine while the other one is not. Then these two are studied and compared to see if the vaccine has had significant effect on blocking the infection in the former.

This process means that the results of the study would be many times more accurate and will be completed in very less time.

The downside of this is obvious. Exposing people, even volunteers, to a virus which has proved to be deadly and whose nature is still unknown raises many ethical questions.

Additionally, only healthy individuals can be involved in the study, which means that the efficacy of the vaccine on old and vulnerable population will still need to be tested, taking more time.

Some researchers are fiercely opposed to the idea of human challenge trials.

“With vaccines already a target of widespread misinformation campaigns, the death of a single volunteer would likely cause even greater damage. From a public health perspective, it would be especially disastrous if it both slowed the race to develop a coronavirus vaccine and fueled the anti-vaccination movement,” writes Michael Rosenblatt, an adviser to Moderna and former dean of Tufts University School of Medicine.

Dr. Jim Kublin, who works at the Seattle-based Center for Global Infectious Disease Research and has conducted several challenge studies to test vaccines for malaria is concerned that “our understanding of the coronavirus, which was first identified only six months ago, make human challenge studies for Covid-19 problematic for now.”

“Our overall philosophy is ‘first, do no harm,’ and the best we can do to adhere to that is to have a very good idea what the risks are,” he says.

“As we currently entertain these challenge studies we are focused on the potential benefits, but there are also risks and consequences, and I am afraid that currently there is just too much uncertainty about them to make an informed decision,” he adds.

Myron Levine, a professor who has conducted challenge studies at the University of Maryland told Statnews that “one needs to have [a treatment] before one would undertake a challenge. That’s my personal view.”

”It is a common misconception that to do a challenge study, you must have a specific treatment for the disease. Challenge studies are conducted with dengue and influenza, where enough is known about the disease or the strain that was selected that the risks to participants are lower and can be managed,” says Seema Shah, professor of medical ethics at Northwestern University Medical School.

Shah co-authored a paper in May laying out an ethical framework for conducting human challenge trials for Covid-19 vaccines.

“Let’s suppose we have a new vaccine this fall, but it is not perfect. It is not safe enough, or doesn’t work in certain populations, or is very expensive. We’d want to quickly prepare another one. A challenge study could be one way to bridge the data to the next trial,” she told Fred Hutch.

Marc Lipsitch, Professor in the Department of Epidemiology at the Harvard T.H. Chan School of Public Health, was the first one to suggest the idea of human challenge trials for Covid-19 back in March when he authored an article with two other experts, Nir Eyal and Peter Smith.

“By replacing conventional phase 3 testing of vaccine candidates, such trials may subtract many months from the licensure process, making efficacious vaccines available more quickly“ and “could reduce the global burden of coronavirus-related mortality and morbidity.”

The debate over human challenge trials is not limited to the scientific community. In the US, 35 members of the House of Representatives had written a letter in April to the heads of the U.S. Food and Drug Administration (FDA) and its parent agency, the Department of Health and Human Services (HHS) to embrace the idea of challenge trials.

1daysooner.org, a website set up to recruit potential volunteers for a future human challenge trial, has enrolled over 30,000 participants so far from 140 different countries which shows that many people are willing to be a part of such an effort to speed up the development of a vaccine.

As far India is concerned, there has been almost no debate over challenge trials. But if the government wants to quicken the pace of vaccine development, it may consider allowing BBIL and Zydus Cadela to go for challenge trials as a replacement for Phase-3.

This can speed up the process. But it should come up with a sound ethical framework and make best healthcare available to the participants.