Explained: The Constitutionality Of The Citizenship (Amendment) Act, 2019 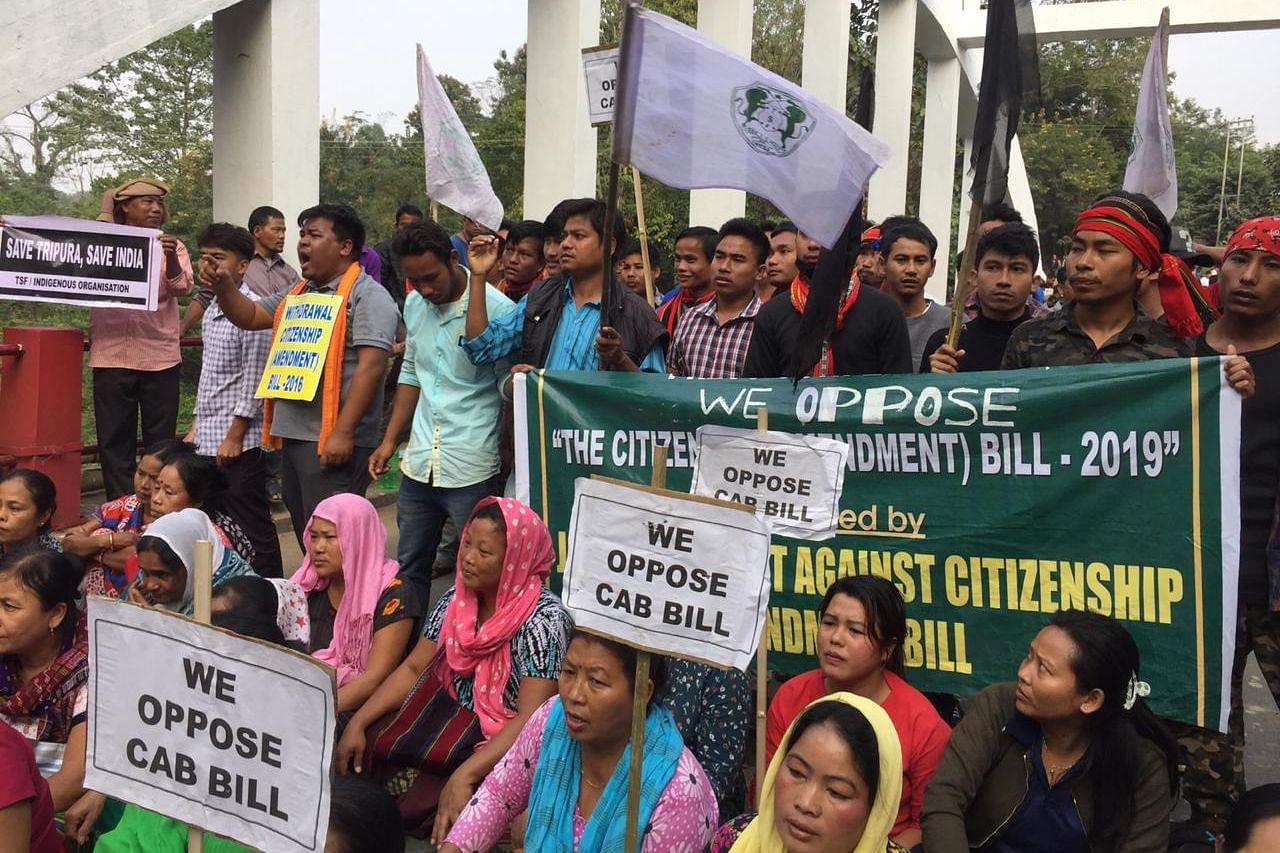 It would not be an overstatement to describe The Citizenship (Amendment) Act, 2019 as a very contentious Act that has caused immense uproar nationwide, not least in the North-East.

The Act is seen by many to create a political and religious divide that has drawn fundamental differences of opinion amongst political and legal experts. There are certain aspects and nuances of this Act that need to be assessed clearly before judging it on legal and moral aspects.

Though the moral intention behind the framing of this Act could forever remain questionable, I would concern myself here only with the legal aspect of it. It is quite clear that this Act is in no way violative of Article 15 (prohibition of discrimination), which confines its rather broad spectrum of power to 'citizens' only, a term which illegal immigrants fail to qualify.

Now Article 14 remains the basis of many, to reach this peremptory, supposedly informed conclusion that the Act violates the equality jurisprudence as laid in our Constitution.

With the help of some precedents, I would make the case that this Act is wholly constitutional that is bound to stand the test of judicial scrutiny, that the scope of judicial intervention, in this case, is minimal and, therefore, it would be surprising to see any kind of fundamental alteration to this Act.

In David John Hopkins vs. Union of India (1997), the court had held that the Government of India has ‘unrestricted power’ to refuse citizenship without assigning any reason whatsoever, as stated in Section 14(1) of the Citizenship Act, 1955 and that the illegal immigrants have no fundamental rights guaranteed for the grant of citizenship of India.

The Constitution does not allow the court to direct the government in matters of policy, which under the Constitution, lies within the sphere of the legislature or the executive.

It has been said by no less a person than Holmes, J., that the legislature should be allowed some play in the joints, because it has to deal with complex problems which do not admit of solution through any doctrinaire or strait-jacket formula.

The Act identifies Islamic States, which are Pakistan, Afghanistan and Bangladesh, makes a classification on grounds of religious persecution, selects the target community, and gives a path to Indian citizenship to those illegal migrants belonging to the target communities, namely Hindus, Sikhs, Buddhists, Jains, Parsis and Christians who entered India on or before 31 December 2014.

It could be rightly contended that Jews should also have been included in this Act as they too are religiously persecuted. However, in the case of N.P. Basheer vs State of Kerala, it was held that the classification made by the legislature need not be ‘scientifically perfect’ or ‘logically complete’ and that ‘mathematical nicety’ and ‘perfect equality’ are not required.

It stated that under-inclusion and over-inclusion could stand constitutional scrutiny if it is “marginal”. Since the term is very vague with little to no attempt being made thereafter to give it an objective definition, it obviously leaves it open to subjective interpretation.

To lay bare some facts, according to National Database and Registration Authority of Pakistan, there are only 745 registered Jews in Pakistan, and according to BBC, Zablon Simintov is the only remaining Jew left in Afghanistan.

Certainly, keeping in view the above facts, the exclusion of Jews and other such religious minorities could be brought under this ‘marginal’ concept. The matter of granting and refusing citizenship is a prerogative of the government as stated in the Citizenship Act, and any problem in the Act is a matter of public policy and not constitutional validity.

In Balco Employees' Union (Regd.) vs. Union of India and Others, it was observed that: “It is evident from the above that it is neither within the domain of the courts nor the scope of the judicial review to embark upon an enquiry as to whether a particular public policy is wise or whether better public policy can be evolved. Nor are our courts inclined to strike down a policy at the behest of a petitioner merely because it has been urged that a different policy would have been fairer or wiser or more scientific or more logical”.

The same principle could be applied in this case as well, where the inclusion of more persecuted minorities or more countries could have been made within the ambit of this Act, but that is no valid ground to strike it down as ‘unconstitutional’.

Another point that is often raised is that the exclusion of Shias and Ahmadiyyas, who are persecuted in our neighbouring countries, effectively dilutes the constitutionality of this Act.

Two things are worth noting here. Firstly, sectarian violence can be no substitute for religious persecution. The objective of this Act is to help those communities that face ‘religious’ persecution.

Secondly, and more importantly, if one were to look at history, we will find that the Shias and Ahmadiyyas were staunch critics of the idea of India, as we know of it today and strongly supported Muslim League’s vision of the two-nation theory, as is evident in their support of the said party during the Calcutta and Lahore session, which had made the nationalist circles stagger with dismay.

Although it could be argued that the descendants and the subsequent generations of these communities might have fundamentally different worldviews and believe in concepts like secularism and cultural liberty, and, therefore, India should grant citizenship to them as well, in trying to live up to the lofty ideal of treating ‘guests as God’ while compromising with national security is something that could be termed as nothing less than naïve, and given the broad spectrum of power that the concept of national security has acquired over the years, the government is likely to justify its position.

Furthermore, in Shaughnessy vs. Mezei, 345 U.S. 206 (1953), it was observed: At the outset, it is important to underscore the limited scope of judicial inquiry into immigration legislation. Our cases have long recognised the power to expel or exclude aliens as a fundamental sovereign attribute exercised by the government's political departments largely immune from judicial control.

When this Act is seen alongside with NRC (National Register of Citizens), there is a notion that only Muslims would be prosecuted and that the Hindus would be automatically shielded without the need for establishing any evidence or details.

This is a false presumption. If a person from Bhopal (let him be Hindu for the sake of argument) is found to be an illegal immigrant under an NRC conducted in Madhya Pradesh, then he wouldn't necessarily be protected by mere virtue of his religion.

The onus would be on him to prove that he has come from any of the three identified countries, has faced religious persecution and fulfill other requirements. Thus, a case-by-case examination would be needed, just like for any other community member.

The Constitutionality of this Act would eventually be decided by the court, where both sides could make strong cases. Granting or throwing open a small window of citizenship to a group in no way takes away the State’s promise of equality to its people.

My point is that it just can’t be struck down only because it appears discriminatory to the casual eye, and that historical reports, current situations and various other tangible and intangible things need to be consulted before a final judgement is made.