Explained: The Views Of Four-Member Committee Appointed By Supreme Court To Mediate Between Farmers And The Centre 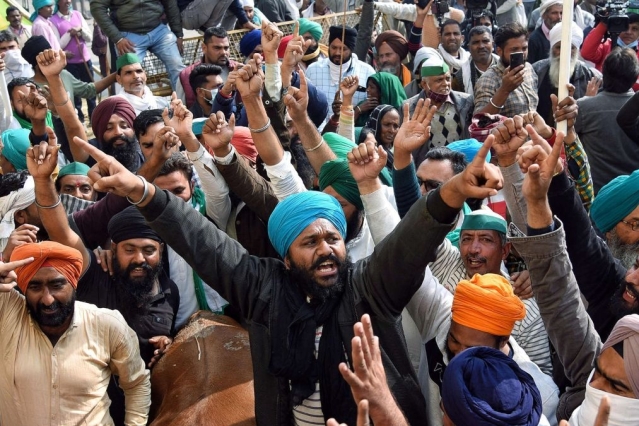 The Supreme Court of India on Tuesday (12 January) ordered for constitution of a four member committee for mediating between the central government and the protesting farmers who have been agitating over the three farm laws passed by the former. The purpose of the committee is to listen to the ‘grievances of the farmers relating to the farm laws and the views of the government and to make recommendations.’

The apex court has directed the committee to hold its first meeting within 10 days and submit its final report within two months. Meanwhile, the three farm laws will stay in suspension until further orders.

During the hearing, the Supreme Court made stinging remarks against the Centre for its failure to assuage the concerns of the farmers even as agitation on the borders of national capital is set to enter the 50th day tomorrow (14 January). Many have expressed concerns over not just the condemnable rhetoric used by the court against the Centre but also the manner in which it has stayed the implementation of laws only on the basis of protests against it and potential violence that many ensue. This sets a dangerous precedent.

Moreover, it’s not certain what the Supreme Court has achieved as the protesting farmers and farm unions have already clarified that they won’t meet with the committee as all four members are in support of the three farm laws. The committee is dead on arrival.

Nonetheless, let’s take a look at the views of the four members on the three farm laws.

The president of the committee is Bhupinder Singh Mann who is national president of Bhartiya Kisan Union (Mann faction) and All India Kisan Coordination Committee. On 14 December, he along with farmers' organisations from Haryana, Maharashtra, Bihar, Tamil Nadu had met Union Agriculture Minister Narendra Singh Tomar and demanded that the three laws be implemented albeit with some amendments.

Mann may be a supporter of the reforms but he is more close to the Congress party, especially Punjab Chief Minister Captain Amarinder Singh who he and his organisation backed fully in 2002 and 2017 state assembly elections.

Mann has been fighting for betterment of the farmers since 1966. From exposing corruption in Food Corporation of India to regulating better diesel supply to farmers to ensuring higher prices for sugarcane to defying zonal restriction on movement of wheat, Mann has led many agitations successfully.

In 2019 general election, he termed the BJP as a communal party and backed Rahul Gandhi-led Congress. More importantly, he said that after comparing the manifestos of both the parties, he found that Congress one was better. Calling the Essential Commodities Act as detrimental to farmers, Mann said that "for the first time since India’s independence, the Congress has promised to repeal the act”.

Interestingly, it’s the BJP which brought the reform in Essential Commodities Act. And the Congress leaders are opposing it. Mann may be a Congress supporter but unlike its leaders, he seems to be an honourable man.

He supports the farm reforms of the Centre saying that they are needed in order to make agriculture competitive. “But safeguards are needed to protect farmers, and anomalies must also be corrected,” Mann told The Hindu in December.

Mann has sought amendments regarding judicial recourse for farmers, level playing field between private and state-run markets, written guarantee on continuation of the minimum support price (MSPs) regime as before — all of which the Centre was willing to concede before the farm unions hardened their stand and demanded nothing but full repeal of the laws.

Second member is Dr Ashok Gulati, one of India’s topmost experts on agriculture. He has been advocating for these farm reforms brought by the Centre for decades now.

Gulati believes that these reforms will "provide greater choice and freedom to farmers to sell their produce and to buyers to buy and store, thereby creating competition in agricultural marketing. This competition is expected to help build more efficient value chains in agriculture by reducing marketing costs, enabling better price discovery, improving price realisation for farmers and, at the same time, reducing the price paid by consumers. It will also encourage private investment in storage, thus reducing wastage and help contain seasonal price volatility."

It is because of these reasons, Gulati has called the implementation of farm laws as “1991 movement for agriculture” referring to the liberalisation of India’s economy which lifted millions out of poverty, created tens of million of jobs and saved India from becoming a basket case.

However, he has also made some suggestions to improve upon the reforms. He writes that "for these legal changes to deliver results, we need to create Farmer Producer Organisations (FPOs) and invest in marketing infrastructure”.

The third member is Anil Ghanwat who heads the reform minded Shetkari Sangathan, a non-political organisation founded by late Sharad Joshi, former member of Parliament and a farmer leader who fought all his life for more freedom for access to technology and markets for farmers.

After his name was announced, Ghanwat said that the three farm reforms have been a demand for the last 40 years. "Several farmer leaders and unions want freedom from the monopoly of APMC, this need to be stopped and farmers should be given the freedom to sell their crop,” he told the media. “Farmers who want MSP should get it and those who want freedom from it should also have an option," he added.

Earlier, Ghanwat had said that the farm laws have opened opportunities for farmers and it wasn’t wise to withdraw them under pressure from Punjab’s farmers because then no government would dare introduce these reforms in future. However, he had recommended staying the implementation of the laws and amending them after discussions with farmers.

Fourth member is Dr P K Joshi, an agriculture scientist and director for South Asia, International Food Policy Research Institute. In an op-ed written in Financial Express, he had criticised farm unions for constantly changing goal posts while negotiating with the Centre. “Initially, it was claimed that the laws were framed without consulting farmers and farmer organisations; this is an unfair claim. The issue of deregulating agricultural markets has been under discussion and been debated for the last two decades,” he wrote.

“Gradually, the demand was changed to ‘give MSP a legal status’,” he said.

To break the deadlock, he suggests that the Centre should leave it to the states for implementing the laws "with contextual modifications to the provisions of the current Act that states would be committed to bear extra expenditures, if any, from their own exchequers. The states that implement the legislations in their true spirit may be incentivised as recommended by the Fifteenth Finance Commission."

Dr Joshi is flexible on demand of changing arbitration mechanism between farmers and buyers in contract farming, the jurisdiction of civil court authorities, etc, however, he says that “rollback of the farm laws will be disastrous for the farm sector and farmers.”