Farhan Akhtar Is Just An Actor. The Enemy Is Legislative Ignorance Masquerading As Fashionability 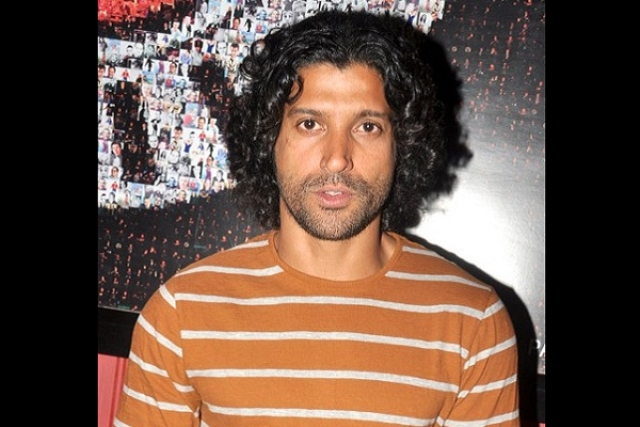 Long after the CAA protests end, one of the enduring images of the entire episode will be that of Farhan Akhtar fumbling for an answer when probed about the Citizenship Amendment Act.

Akhtar was clueless when the interviewer asked him to explain his issues with the amendment.

“Kuch toh hoga”. These three words will ring forever. It was not surprising that Farhan Akhtar had no idea about the Act. A vocal celeb “activist”, Akhtar is not renowned for his intellect as much as he is for his annoyingly raspy voice.

It is also a little too much to expect a Bollywood star to dig into the details of the legislation and frame a nuanced, informed response.

After all, for such stars, time is money. In the six days it will take him to read and comprehend the Bill, he would probably have completed the filming of “Rock On! Part 9”.

On the other hand, we are seeing young and woke urban protesters make fools of themselves via their posts on social media, interviews on TV channels and edgy placards at protest sites.

The actual text of the amendment does not even span 10 pages and is available for public consumption. Merely glancing through it will give the reader a fair idea of what the legislation seeks to achieve. But some of the arguments that have been put forth are just shockingly bad.

“CAA is discriminatory against women who get married and change their surnames”, “It affects transgenders who have had to change their documentation”, “I will not submit any documents” are some wonderful gems.

A large majority of the protesting students actually seem to be clueless. Blatantly incorrect arguments and vile lies about Indian Muslims being stripped of their citizenship and Hindus automatically being granted citizenship are being lapped up by young, impressionable students and magnified manifold.

When senior journalists like Barkha Dutt peddle the same lies unabashedly, it will eventually gain traction. Repeat a lie a thousand times, it will become the truth.

The anti-CAA propaganda will put even Goebbels to shame. Maybe, it is about time we reconcile with the fact that we are living in the post-truth era.

The anti-CAA protests are fuelled by emotion and completely disconnected from the actual details of the policy. Social media provides an effective conduit to channelize these emotions.

Factual rebuttals are ignored in favour of repeated assertions of the now clichéd “threat to secular fabric” and “Hindu rashtra” bogeys.

Illogical comparisons to the Nuremberg Laws and the 1982 Myanmar Citizenship laws are made not just by protestors but even by journalists, academics and “intellectuals”.

Scratch the surface a little and one will see two emotions fuelling these protests - the fear prevalent in the Muslim community, which has been led to believe that it will suffer the same fate as the Jews in Nazi Germany and the anger of the Congress and its ecosystem, both of which have been rendered irrelevant in the last five years.

The former can be addressed via targeted messaging. Direct engagement by state governments with leaders and religious heads of the community will help blunt the lies being fed to the youth of the Muslim community.

It might take a few days for the message to trickle down but will eventually prove to be effective. The strategy worked reasonably well in the North East, which has now returned to normalcy.

However, it is the anger of the Congress ecosystem which will be much harder to combat. Having been in the wilderness for the last five years, the Congress and its minions are desperate for a foot in the door.

Aided ably by its allies in the media, academia and the film industry, the Congress has run a nefarious misinformation campaign that has churned out lie after lie.

So far, it has been successful in shooting off the shoulders of students. Until the time the judiciary declares the CAA constitutionally valid, the Congress will shamelessly continue to milk the situation.

So how should the Union government and the BJP counter this sinister campaign of lies? The first step would be to get the MHA to issue some sort of official communication dispelling the misconceptions about the CAA.

Full length ads in national dailies and infographics on Twitter/FB should mitigate the situation to some extent. The reach of TikTok, WhatsApp and Telegram is enormous.

This is where the BJP needs to pay attention. Creating and circulating content in both English and the regional vernacular, with the focus firmly on what the CAA does, will help combat falsehoods.

The Congress seems to have made up its mind to create a situation ripe for a civil war and in the post-truth era, it is not that hard. Remember what the Joker tells the Batman during the climax of The Dark Knight?

“As you know, madness is like gravity…all it takes is a little push”.