Financial Reforms Can Spruce Up Education: Can Arun Jaitley Pull Off A Feat? 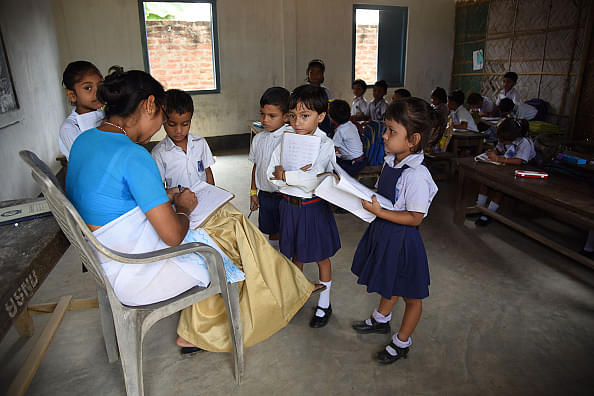 Budget 2017 is around the corner and one of the areas that need the urgent attention of the finance minister is the education system. Our public education system has irretrievably broken down and is not producing the desired results. Unless we fix this, none of the various government initiatives to bring achche din will yield results.

India ranked seventy-second out of 73 countries in the PISA (Program for International Students Assessment) ranking of 2010 by the OECD (Organisation for Economic Cooperation and Development). India responded by not participating in later PISA rankings, but the bad news comes from home as well. The Annual Status of Education Report (rural) 2016 released on 18 January has shown pathetic learning quality with only 25 per cent of children in grade III being able to read a grade II level text. A similar exercise conducted recently by the Delhi government threw up equally depressing results.

As much as 74 per cent students in grade VI could not read a paragraph from their own Hindi textbook, 46 per cent could not read a simple story of grade II level and 8 per cent could not identify letters. Around 10 lakh out of 60 lakh teaching positions are vacant. According to a World Bank study, teacher absenteeism on any given day is as high as 25 per cent. Of the teachers who do come to work, a large proportion of them lack the motivation and skills to perform well. The victims are our children.

India has been growing at an average 7 per cent rate after the 1991 economic reforms, resulting in it becoming a middle income country. With increased purchasing power, the aspirations of people have risen. Parents want the best for their children and even poor parents, whose only hope to change their lives is through providing their children with good education, are choosing non-government schools.

According to an analysis of raw data of the District Information System on Education (DISE) by Geeta Gandhi Kingdon, despite the number of government schools increasing by 13,498 between 2010 and 2014, student enrollment in government schools has gone down by 1.13 crore while enrollment in private schools has gone up by 1.85 crore. Out of 10.2 lakh government schools, around 1 lakh have only up to 20 students on their rolls and another 3.6 lakh have only up to 50 students. These are schools which are certainly not giving good return on the investment made. So, merely increasing budgetary allocation will not make any difference.

The government currently spends around 3.8 per cent of GDP on education while the aspiration has been to raise this expenditure to 6 per cent of GDP. Each finance minister has to deal with this difficult situation when everyone wants more but no one wants to pay for it. The first question here is, can we imagine designing our education spending in a manner that the same allocation can give us an outcome similar to that expected from increased allocation? Yes, by cutting down on leakages and line items which don’t give value for money. Therefore what we should aim for is efficient budget management.

The second question is, how can this be achieved, keeping in mind the fact that education is largely a state subject and there is only little that the central government can do? The Right to Education Act, 2009, may be flawed in many respects, but offers a small window of opportunity, provided the finance minister builds architecture for this. Section 12 1 C of the Act mandates reservation of 25 per cent seats in private schools for economically weaker and disadvantaged children to be taught for free. This has opened up around 20 lakh seats in private schools for poor students. The schools are supposed to be reimbursed by the state government for which funding is provided by the Ministry of Human Resource Development under the Sarva Shiksha Abhiyan.

But schools have been charged with lack of interest in implementing this provision and they say the incentives are inadequate. According to a recent study by Praja Foundation, the per-student expenditure even in municipal corporation schools in Delhi is, on an average, around Rs 50,000 a year; this is only the recurring expenditure. It stands to reason that per student spending in private schools will be more. However, the Delhi government reimburses only up to around Rs 19,000 per child per year to private schools.

What the finance minister can do is to transfer the allocation of funds to be spent on implementation of this provision of the RTE Act on a per child basis directly to the students. This can be done through various mechanisms such as direct benefit transfers into the bank account of the parents or vouchers or a smart card with an added layer of security. The good news here is the government has already created the basic infrastructure required to seize this opportunity. Around 92 per cent children today have an Aadhar number (enabling them to be tracked individually) and their parents have a bank account. Once the benefit starts reaching the poor directly, they will have a choice about which school to send their children to and, thanks to the purchasing power, hold the schools accountable to deliver quality education to their children.

This will bring the efficiency of private sector in education while ensuring equity, which is the objective of the public sector. Therefore, with a Constitutional mandate to provide free and compulsory education as a fundamental right (the eighty-sixth amendment), the power of the law in the form of the RTE Act, the responsibility of providing finances and the infrastructure in place, I see a great opportunity for the current finance minister to become the architect of education reform, similar to how the finance minister of 1991, Dr Manmohan Singh, became architect of economic reform.