Gandhi In Context: What The Mahatma Really Thought About Cow Slaughter 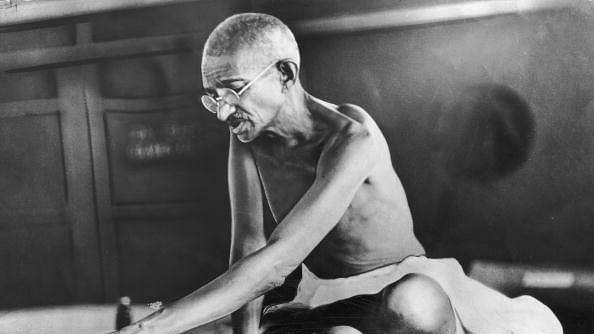 A recent article carried an excerpt from Mahatma Gandhi’s prayer discourse of 25 July 1947, summarising Gandhi’s response to “Rajendra Babu” (Dr Rajendra Prasad) when presented with nearly one lakh petitions in the form of postcards, telegrams and letters from Hindus demanding a ban on cow slaughter. While agreeing that the cow was sacred to Hindus, Gandhi observed that he could not and would not force anyone to not slaughter cows unless he was “himself so disposed”.

How can I force anyone not to slaughter cows unless he is himself so disposed? It is not as if there were only Hindus in the Indian Union. There are Muslims, Parsis, Christians and other religious groups here.

Now while it is true that these were Gandhi’s views on the issue of cow slaughter, it’s important to note that he repeatedly asserted over the course of his life the need to protect the cow. He exhorted the Hindus of India to not only involve themselves in cow protection, or “Go-Seva”, but also called it their sacred duty.

Gandhi, being a democrat and a staunch believer in the freedom of choice, may have chosen to refrain from airing his personal views on cow slaughter and/or its ban. However, it must be acknowledged that he was a strong believer and supporter of cow protection. Gandhi believed with all his heart that he could convince the Muslims of the country to give up cow slaughter and held the view that a Muslim killing a cow was akin to him taking the life of his fellow countryman.

A more rounded and complete assessment of Gandhi’s views on cow slaughter and cow protection is therefore in the interest of fair balance and the principle of presenting both sides of an argument to the readers.

It might also be pertinent to ponder what would have been Gandhi’s reaction to the public slaughter of a calf as a means of protest. He would have been appalled, to say the least, as it went against the most important principle he held dear – ahimsa.

Below are parts of Gandhi’s speeches and writings that point to his views on the cow and cow slaughter, and present a well-rounded picture of what he wanted and believed in.

Gandhi maintained that “Muslims were under no religious obligation to slaughter a cow”. Writing on this subject, he observed that “The Koran so far as I have been able to understand it, declares it to be a sin to take the life of any living being without cause. I want to develop the capacity to convince the Musalmans that to kill the cow is practically to kill their fellow countrymen and friends, the Hindus. The Koran says that there can be no heaven for one who sheds the blood of an innocent neighbor.”

Writing in Young India, Gandhi had this to say about the need for and importance of “cow protection”:

“The central fact of Hinduism is cow protection. Cow protection to me is one of the most wonderful phenomena in human evolution. It takes the human being beyond this species. The cow to me means the entire sub-human world. Man through the cow is enjoined to realize his identity with all that lives. Why the cow was selected for apotheosis is obvious to me. The cow was in India the best companion. She was the giver of plenty. Not only did she give milk, but she also made agriculture possible…

Again writing in Young India in 1927, Gandhi outlined six points he believed would make the question of cow slaughter “…economically impossible, whereas unfortunately of all places in the world it is the sacred animal of the Hindus which has become cheapest for slaughter.” [YI; 7 July 1927; p 9 & 10]

“The foregoing scheme presupposes the State upkeep of all old, maimed and diseased cattle. This no doubt constitutes a heavy burden, but it is a burden which all States, but above all a Hindu State, should gladly bear.” (Emphasis added)

During the annual session of the Congress held at Madras in December 1927, Gandhi had agreed to a draft proposal aimed at bringing about Hindu-Muslim unity with just a cursory glance. It contained a line that gave “…Mussulmans a general permission to slaughter cows and the question of cow-protection was conveniently ignored!”

Gandhi woke up in the middle of the night in a state of great panic saying, “I have committed a grave error. I did not read the draft properly. But in the night I suddenly remembered that, that draft gave the Mussulmans a general permission to slaughter cows and the question of cow-protection was conveniently ignored! How can I bear this? If they slaughter cows, we cannot stop them by force, it is true, but we can at least win their trust by loving service and explain our point of view to them, can’t we? As for me, not even to win Swaraj will I renounce my principle of cow protection! Go and tell these people that I do not accept that settlement! No matter what the consequences, I will not be a party to cow slaughter!” (Emphasis added)

While no one is disputing the fact that Gandhi did maintain he would not support an official ban on cow slaughter, it should also be made clear beyond dispute that he personally held the cow to be sacred and wished that its slaughter be avoided.

The purpose of this article is not to push for a ban on cow slaughter or propose a “beef ban” but to show that one cannot view Gandhi’s views on the cow and cow slaughter through a one-dimensional prism. A more rounded approach to what he said and wrote informs us that he did hold the view that the cow must be protected and indeed cow slaughter must is avoided. His method may have differed from that of the present dispensation, but Gandhi the man and Gandhi the Hindu did believe that the cow must be protected. He did look for a way in which he, through the force of his personality and the goodwill he enjoyed among large sections of Muslims, could bring about a halt to the practice of cow slaughter.

T Ramesh Venkatraman is a management consultant and entrepreneur. He is a student of Sanatana Dharma and an avid blogger/writer who blogs at ‘The Curated Life’ and ‘Politically Right Views’.