Global Aviation And Its Punctuated Equilibrium 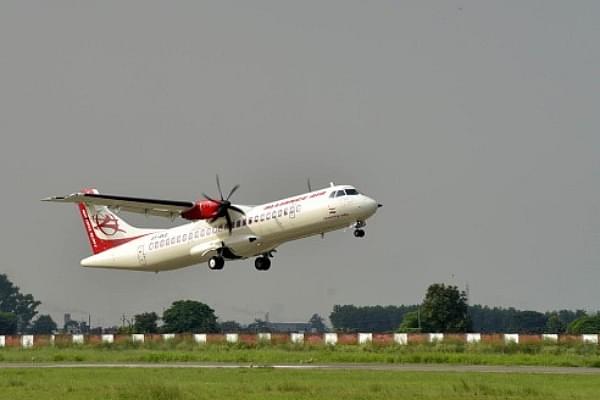 In the 1970s, two biologists Eldridge and Gould started examining the existing theory of evolution. Until then the Darwinian theory was widely believed, and which held that species change gradually and over time a new species emerges.

The only challenge – fossil records did not confirm this in any manner. What the records showed was that species disappeared as suddenly as they appeared in the geologic record.

After extensive research and investigation, Eldridge and Gould came up with their theory of punctuated equilibrium. The theory proposes that species remain in a period of equilibrium until disrupted by one-time events. Subsequently, a new species emerges and finds a new equilibrium.

At the end of 2019, the aviation equilibrium was that of soaring travel demand, voluminous aircraft orders, airports bursting at the seams, minimal runway occupancy times, abundantly available financing and the rise of low-cost travel.

Ask any airline executive and they were quick to cite the 4.9 billion air-trips, 13,000 aircraft on order, 50 second runway occupancy, the passengers choosing low-fares over comfort and the ability to finance airplanes at a profit.

With strong economic growth coupled with the rise of the experience economy, easing travel restrictions and of the sharing economy there was nowhere to go but up. But in early 2020, this equilibrium was disrupted.

The disruption was caused by a curious culprit: a 120 nano-meter particle, invisible to the naked eye, carrying a spiky protein layer that attached itself to healthy cells and then rapidly multiplied in the human body.

Colloquially referred to as the Covid-19 virus, it was extremely contagious. Human interaction became the carrier. With fatalities rising and no cure available, precautionary measures were the only solution. Chief amongst them was social distancing – a measure which faced squarely in the face of travel.

Regardless of social distancing norms and other measures, by August 2020 there were over 18 million cases and 700,000 deaths globally. This figure would rise to 84 million cases with more than 1.5 million deaths by the end of the year. Countries were faced with no other alternative but to limit travel. Some countries suspended international travel all together.

Governments the world over were cognizant of the damage that aviation would face and the consequential impacts. And thus the bailouts. Starting with the United States giving its airlines $225 billion via loans and grants, Europe followed, where established players like Lufthansa sought and got more than $10 billion.

In the Asian region, Singapore Airlines, received a $13 billion equity injection; Cathay Pacific, received $5 billion in government aid; Japan's ANA Holdings, received approximately $4 billion in credit guarantees and loans. By the end of the year, government bailouts aggregated to $173 billion. Even so, this failed to stabilise the industry.

Other global cues confirmed the bleak outlook. In the UK, the British Airline Pilots union (BALPA), issued a warning advising against pursuing a pilot career. In the US, legendary investor Warren Buffett sold off his airline stakes of more than $4 billion.

In Latin America, the largest airline went bankrupt and initiated actions which cast doubt on sacrosanct financing mechanisms throwing financiers into disarray. And the meltdown only spread – from AirAsia in Malaysia to Air Italy in Europe; from Cathay Pacific in Hong Kong to Compass airlines in the USA; and from Virgin in Australia to SAA in South Africa. By the end of the year, several airlines stood stranded or shutdown.

As 2021 gains momentum, and with the vaccine distribution and delivery underway, aviation is searching for a new equilibrium. Travel demand is down by 70 per cent and has been permanently altered.

Consolidated airline losses in excess of $120 billion are set to wipe out years of gains. Airports across the globe have seen passenger flows evaporate and sit eerily silent. Aircraft makers face challenges in not only selling aircraft but in that some of their clients that have placed voluminous orders may go out of business.

Engine makers have their own set of challenges. And with a widening supply demand spread, liquidity on the aircraft in secondary markets is impacted which then flows through to the ability to finance aircraft.

The tried and tested business models no longer hold. The equilibrium that was imperfect but continued over years has been disrupted. Where the new aviation equilibrium would be found remains to be seen.