How Ambedkar’s Vision Ensured The Independence of The Election Commission 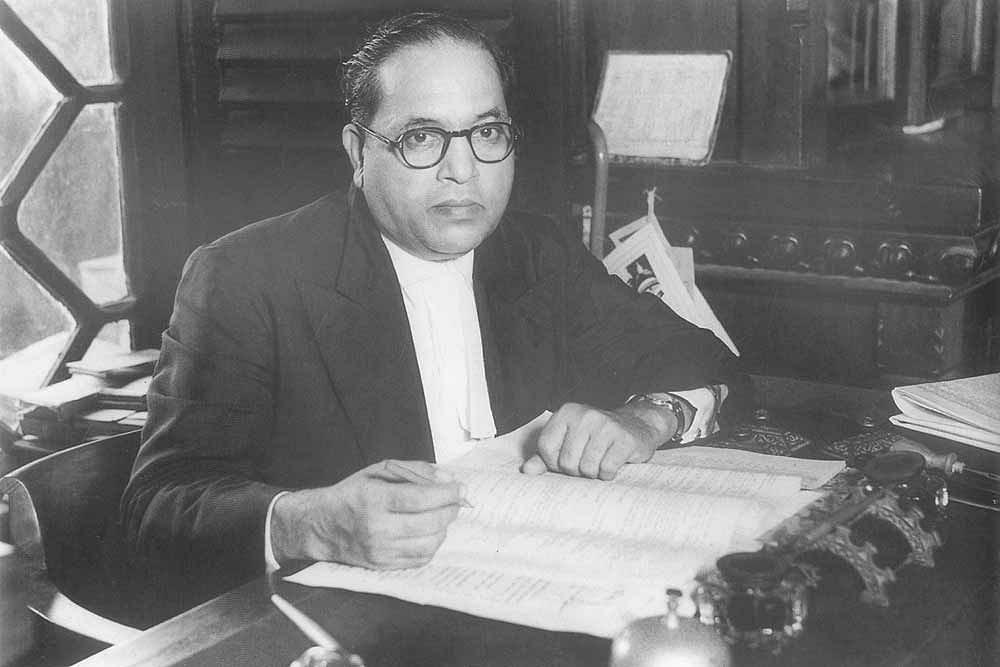 The just-concluded presidential election in the US exposes the chinks and defects in the American electoral system.

In contrast, the procedure for the electoral process clearly laid down in the Indian Constitution under Article 324 is indeed laudable. The credit for this largely goes to Dr B R Ambedkar, chairman of the Constitution Drafting Committee.

In this context, it is relevant to recapitulate a few incidents connected with the evolution of the final draft of the Constitution as presented before the Constituent Assembly on 25 November 1949.

However, a few weeks before Independence, at the end of July 1947, Pandit Jawaharlal Nehru met Mahatma Gandhi to seek approval to utilise the services of constitutional expert Prof Ivor Jennings for finalising the draft constitution. Mahatma Gandhi turned down the proposal, saying “When we are sending the foreigners away, why a foreigner again”? He asked Nehru to enlist the help of Dr Ambedkar for finalising the draft constitution and also make him Independent India’s first law minister.

Though initially Nehru resisted, he in the end accepted the advice of Gandhi. This is how Dr Ambedkar became the Union law minister on 15 August 1947 and the chairman of the Constitution Drafting Committee, a fortnight later, on 30 August 1947.

After Dr Ambedkar took over as chairman of the Constitution Drafting Committee, many of the earlier drafts were re-examined and reshaped. One of them was the subject concerning the constitution of the election commission for conducting elections in free India at various levels. This was originally numbered as Draft Article 289, and finally ended up as the famous Article 324 of the Constitution of India under which elections have been taking place at different levels ever since India’s Independence.

Comparing that with the present Article 324 (D.A 289), there is, undoubtedly a radical change. This Article in the present form proposes to centralize the election machinery in the hands of a single Commission to be provided by Regional Commissioners, not working under the Provincial Government, but working under the superintendence and control of the Central Election Commission. This is undoubtedly a radical change from the earlier draft.

Dr Ambedkar’s views on free ‘franchise’ (voting rights) were so strong that he wanted to include, ‘franchise’ in the chapter dealing with fundamental rights (Part-III). A few colleagues of his prevailed over him against this, and the result was the creation of a separate Article 324, dealing exclusively with the Election Commission.

Then again, the worry of the possibility of the Union government exerting its authority on the Central Election Commission came up. In this context, Dr Ambedkar was very firm that the Chief Election Commissioner should be insulated from the grip of the executive of the day.

In light of Dr Ambedkar observations, a recent episode where the Supreme Court stayed the Election Commission order, which revoked “star campaigner” status of former Madhya Pradesh chief minister Kamal Nath for model code violation during the campaign for the bypolls, is a case of judicial overreach.

The EC took this action against Kamal Nath over his derogatory remarks against a woman former minister.

Thanks to his farsightedness, we in India are enjoying the fruits of an independent Election Commission and are saved from the troubles US is facing over its presidential election model.