How India Must Take The Grand Alliance For Solar Power Forward 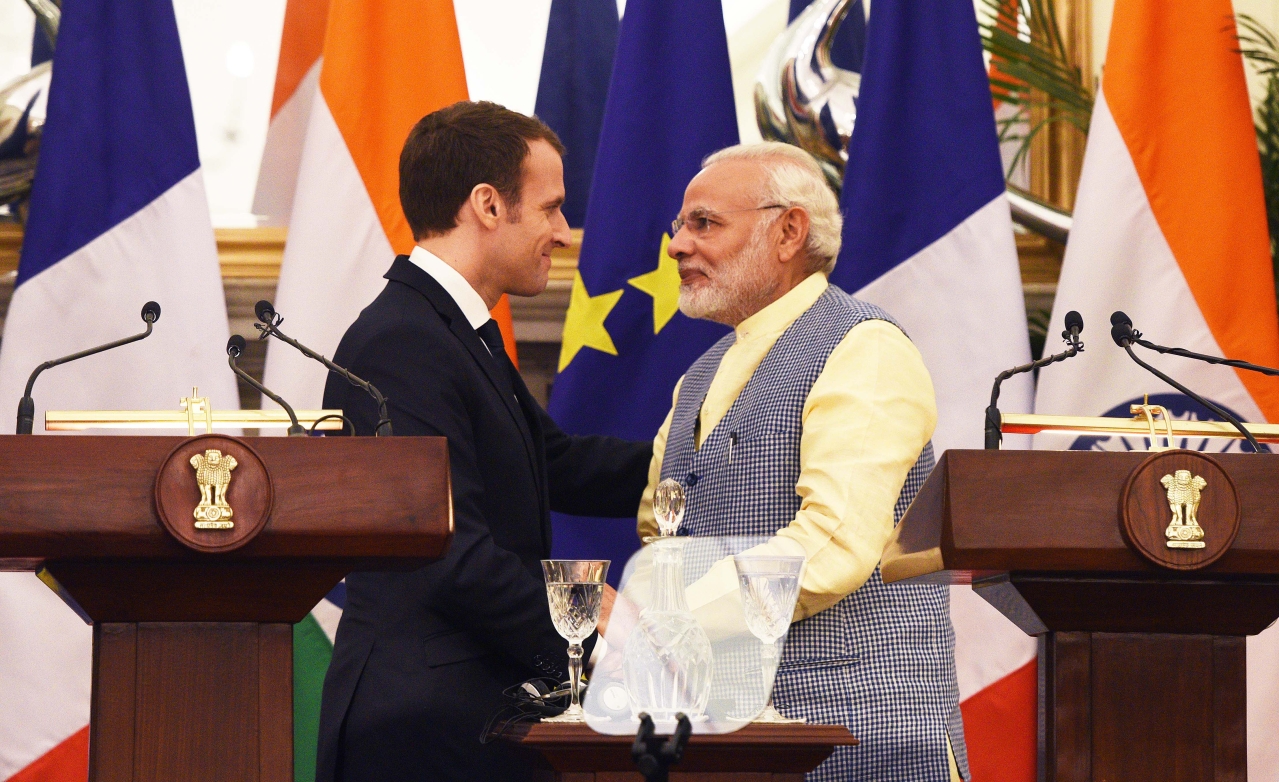 Recently, India hosted the heads of 23 nations and 10 ministerial representatives for the first International Solar Alliance (ISA) summit, which is expected to give a boost to India’s ambitions to lead global sustainable development. The Delhi summit was co-hosted by President Ram Nath Kovind and his French counterpart, President Emmanuel Macron. This is also the first time an international and inter-governmental organisation has set up its headquarters in India.

The alliance assumes significance in a world where, 140 years after the invention of electricity, over 1 billion people still live in the dark and majority of them live in tropical countries. To address this pressing need sustainably, the alliance plans to generate 1,000 GW of solar energy and raise $1 trillion in investment across tropical countries by 2030. They have also committed to make the cost of solar power more affordable for remote and inaccessible communities. The alliance will support India in achieving its ambitious goal of generating 100 GW of solar power by 2022 by providing technological and financial assistance. The European Investment Bank (EIB) has also approved an €800 million investment package to support renewable energy across India. This is expected to help over 11 lakh households gain access to clean renewable energy and also provide significant employment opportunities.

India’s renewable energy ambitions have been consistent across governments. The National Solar Mission was started in 2010 by then former prime minister Manmohan Singh with a target of achieving an installed capacity of 20 GW by 2022 in three phases. The present government revised the target from 20 GW to a stunning 100 GW capacity by 2022. Signalling intent for global leadership in the sustainable energy space, Prime Minister Narendra Modi called for an alliance of “suryaputras” (sunshine countries) at his Wembley Stadium Speech in 2015. This led to the launch of the International Solar Alliance at the India Africa Summit in November 2015, ahead of the UN Climate Change Conference.

In parallel, in 2015, the government announced its intention to ensure that the last 18,452 villages in India are connected to the electricity grid by 1 May 2018 through the Deen Dayal Upadhyaya Gram Jyoti Yojana. This January, the Rural Electrification Corporation announced that only 1,227 villages are left. But the GARV dashboard shows that only 8 per cent of the recently electrified villages have 100 per cent household connectivity. The government’s thrust in creating the basic grid infrastructure has given a boost to its renewable energy ambitions by enabling connectivity.

At United Nations Climate Change Conference 2015, India committed to increase electricity generation from clean energy resources to 40 per cent by 2030. 175 GW of renewable energy installation was promised by 2022 with 100 GW from solar power. Of the 100 GW of solar power, 60 GW of it is to be generated from ground-mounted grids like solar parks and 40 GW from rooftop grids belonging to individual households. This is achievable given that India has a total solar potential of 750 GW. These commitments were to be implemented through the National Solar Mission.

Here are a few approaches adopted by the mission.

India has expanded its installed capacity by eight times from 2,650 MW on 26 May 2014 to over 20 GW as on 31 January 2018. In 2017 alone, over 9.6 GW was installed. With the introduction of the new net-metering system in all states and union territories, individual households can now sell excess power generated by solar panels to state electricity boards, while drawing public electricity when needed. New business models like ‘rent a roof’ are being encouraged to generate investment interest. These take advantage of the recently expanded power grid availability, thanks to the Deen Dayal Upadhyaya Gram Jyoti Yojna. The rapid pace of execution backed by strong government intent opens the doors for global leadership.

At a time when a superpower like the US has withdrawn from Paris Agreement, India seems fully committed to spearheading a movement towards energy transition. The ISA countries represent three-fourth of the world population with each of them home to a populace of which between 20 per cent and 50 per cent has no access to power. They have jointly committed to a goal of generating 1 trillion watts of solar power by 2030. The alliance further plans to identify solar power potential in each country, prepare a framework and mobilise resources for the purpose. The alliance is India’s opportunity to demonstrate leadership on the global stage, become a hub of research and development in solar technology and create new business and employment opportunities for its people.

India has done well in improving its installed capacity by eight times in last four years. Now it is time for us to take this global alliance of 121 tropical countries forward. We need to evolve strategies to live up to the ambitious promises made at the summit. India has clearly signalled intent of being a leading player in solar technology by saying it will not be a mere re-exporter of Chinese photovoltaic cells, but focus on setting up innovation hubs for affordable solar technology. Our excellence in fulfilling these promises made at global stage can open the door for India’s leadership in sustainable development.

The author is Project Executive at the Vision India Foundation.