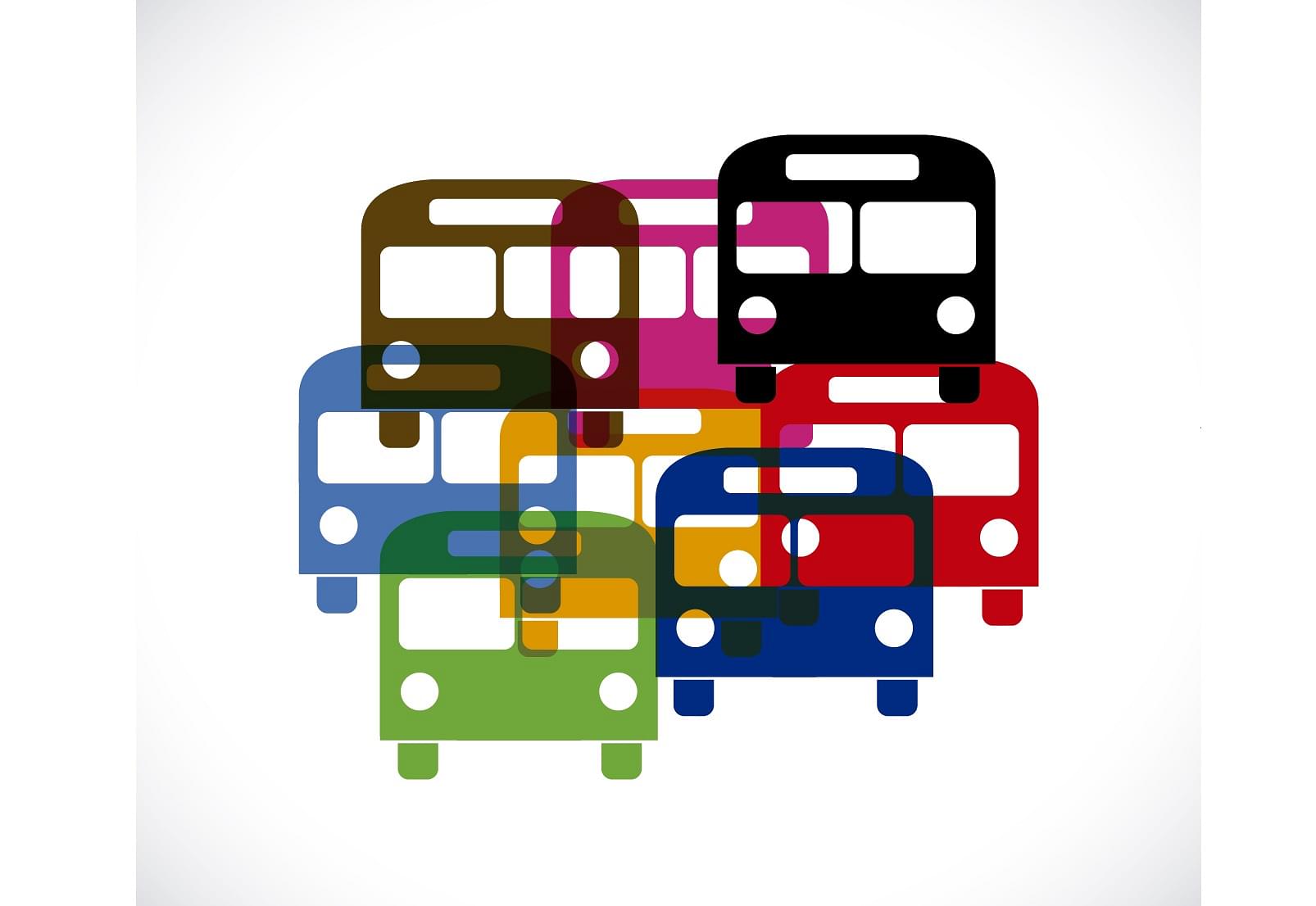 In 1996, Chris Paine wrote and directed a documentary Who Killed The Electric Car, explaining what led to underwhelming response to and poor commercialisation of electric vehicles (EV) in the US. The documentary was produced in the wake of the failure of EV1, an early EV model, which General Motors invested in. The documentary analysed the role of each ecosystem player in the general failure of EV adoption, and only absolved one critical protagonist – the battery. Paine’s documentary made that judgment despite all large automobile firms routinely blaming the cost and the range of batteries as a key barrier to EV adoption.

Twenty years hence, nothing much has changed – affordability of batteries continues to be the main talking point when it comes to EV adoption. With increasing battery utility – storing power generated from the solar modules being the latest and biggest use case – the cost of batteries continues to be a critical barrier to moving away from fossil fuel-based automobile equipment and power generation.

In December 2015, Prime Minister Narendra Modi flagged off an electric bus service designed by the Pune-based firm KPIT to be used in the Parliament premises. These public EV experiments aren’t scaling yet in India. Why can’t such buses run on the Indian roads, helping reduce vehicular emissions, reducing oil dependency and providing reliable urban transportation? Cost of batteries required again comes into focus.

To run such a bus, the typical battery capacity needed will be 186 kilowatt hour (kWh) to cover a distance of 100-120 kms in Indian cities for one charge cycle. Very few battery makers today make batteries of that specification, suitable for public buses and accounting for rather difficult Indian road conditions – heat, dust, vibrations, potholes and traffic. Manufacturers, who can potentially supply such a battery, will price their product around $250 per kWh. That’s an investment of nearly $46,000 or upwards of Rs 31 lakh, which is more than 30 per cent of about Rs 1 crore, the total cost of the bus itself! Depending on battery capacity used and per kWh unit price, the battery can represent anywhere between 30 per cent and 45 per cent of the cost of an electric bus.

However, there are various benefits of promoting the use of electric batteries. Just take the example of the 186 kWh bus batteries. Such batteries can last about 3000 to 4000 full charges, when supporting a bus run of 100 to 120 kms per day. If such buses are used by large companies regularly to ferry their employees, this may represent a five to six years running period. The duration may change based on actual road and weather conditions, but a bus battery lasting five years is more or less possible. After that, the battery may only charge a fraction of its total capacity but can still be usable.

Such used batteries can easily power e-rickshaws, or run agricultural pumps, or be deployed in solar power generation units, or can keep telecom towers alive. So a $50,000 public transport scale battery can help reduce fossil fuel consumption when powering a bus. It can then do the same in a range of use cases in industries like agriculture, telecom, urban transport, or off grid power use for many more years further down the line.

But why will electric bus manufacturers actually invest in such buses and the associated batteries?

This is the classic chicken and egg problem Indian entrepreneurs are grappling with. Those early players who plan to invest in clean urban transport or electric vehicles for private use have to address the cost of battery problem. This is especially relevant for public transport investments because it is as much about positive social externalities as about private profit.

The answer to this conundrum may lie in the economics of scale. The Indian government has recently demonstrated how positive externalities can be driven leveraging scale, without providing any direct subsidies for large programmes. The case in point is the Unnat Jyoti by Affordable LEDs for All (UJALA) scheme run by the Ministry of Power. This programme distributes LED bulbs to states participating in the programmes at a price point of Rs 75-Rs 95 per bulb. Such bulbs are further distributed by state power utilities (distribution companies or discoms) to individual customers. Discoms charge a monthly installment for each bulb through the regular electricity billing process.

The central public sector firm Energy Efficiency Services Limited (EESL) started the LED bulb procurement process in January 2014 at a price point of Rs 310 per bulb. When Piyush Goyal, the Minister of State with independent charge for Power, Coal and New and Renewable Energy, decided to scale this programme after assuming charge in May 2014, EESL rapidly ramped up procurement volumes. At one point, EESL was ordering more LED bulbs per day than it was doing per year just a couple of years ago. The price drop from Rs 310 to Rs 75 was a result of this rapid scaling and guaranteed visibility which the manufacturers had. They could invest in creating supply lines, making capital expenditure decisions with some degree of certainty, and training a workforce with the visibility that they can bid for large order volumes.

As of middle of 2016, EESL had distributed more than 10 crore LED bulbs to states. If all these bulbs were simultaneously operational as against the old CFL or incandescent bulbs, such a volume would have saved 2,800 MW in peak power demand and reduced 30,000 tonnes of carbon dioxide emissions.

There is no aggregator like the central government. The central government has pan India visibility and an unparalleled ability to use a combination of sticks and carrots to induce participation to any transformational programmes at a state level. The same EESL learning and modus operandi can be easily transferred to electric buses in the area of urban public transportation with a focus on batteries.

Top 20 Indian cities today have an estimated total of 30,000 buses for public use. Large private companies, especially in IT and IT-enabled sectors run bus fleets of their own. A single firm can have 100-200 buses in each large city it operates in. Just the top 10 players in this one sector across top 10 cities can add another 10,000 buses to the mix.

Now what if the battery costs were to reduce from Rs 30 lakh to a significantly lower number? For an order volume of 8,000 automobile scale batteries, this should be possible. But only if such a large order is placed with some degree of forward visibility and soft commitment. Let’s say if battery cost reduces to half, an electric bus can be available to a large municipal corporation or to a large company (or its operator for Rs 70 lakh. This is not too far off from a good quality air-conditioned diesel bus sold in India for city use. These electric buses can then be run as a premium service complementing the existing public transport options.

There will be indirect benefits too – electric batteries as well as electric buses being manufactured in India can be a big boost for “Make In India” programme. Battery technology is a very important skill to develop, given that power storage is becoming a critical area of investment for many countries. Firms like Tesla are working on commercialising their Powerwall product in the US. Sweden has recently announced subsidies for installing such batteries for home use. If these batteries can be manufactured at a reasonable scale in India, there can be a big export market to tap into in the future. On the electric buses themselves, Indian firms have already taken lead, even if it is on an experimental basis. Ashok Leyland recently launched Circuit, its line of electric buses priced between Rs 1.5 crore and Rs 3.5 crore, each leveraging its investments in the UK-based firm Optare.

Such an effort will need a well thought out effort by the central government, specifically the Ministry of Surface Transport, the logical authority to take a lead. The ministry will have to define standard specifications for various battery uses and reach out to a range of international and domestic suppliers to participate in the procurement programme. This was not a difficult task for EESL for the LED bulbs; neither the product was uncommon nor the manufacturers scarce. Such a battery procurement programme can even be partially funded from the high duties on fossil fuel prevalent today at the central level. A fraction of the central duties can be allocated by the Ministry of Finance solely for funding a battery procurement programme.

Leveraging the EESL experience of making LED bulbs commonplace, the government can help introduce electric buses at a scale in large Indian cities. This will have a lasting impact not just on urban transportation, but also on Indian manufacturing, Indian battery technology capabilities, and of course on use of fossil fuel, environment, and carbon emissions. It’s time government departments learnt from proven, homegrown, and existing best practices and mould them for public policy formulation under their respective areas.