If Creating Institutions Of Eminence Is To Be More Than A Naming Exercise, Here Are A Few Ideas 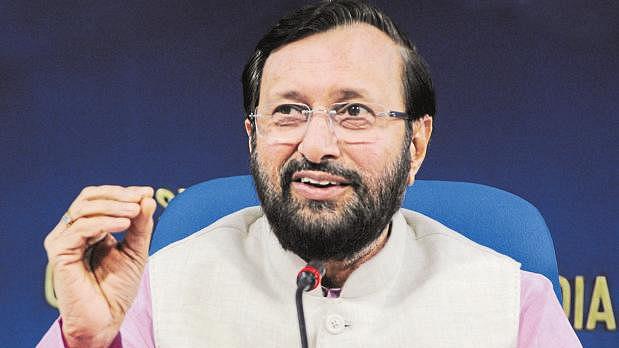 As a part of ramping up the education sector in the country, the HRD ministry is moving a proposal to the union cabinet for the setting up of the 20 world-class education institutions which will be termed “Institutions of Eminence”. New regulations are being put in place that will govern all such institutions that are conferred with the status, thereby ensuring their academic, administrative and financial autonomy. Significantly, these 20 universities can be immediately moved out from the restrictive and inhibiting actions of the UGC- notably, the regulatory controls over fees and curriculum.

Any country with a sensible research and education policy aims for a correct combination of a “trickle down” and “creep up” strategies. In the former, one tries to establish extremely good institutions at the highest levels and hope that the beneficial effects of doing so will “trickle down” to terra firma. In the latter, one attempts to broaden the base of the pyramid so that a gradual refinement in quality “creeps up”. The idea in the “creep up” model is that it is more cost effective in a large country to “lose cheap”. The “trickle down” model will never catch the proverbial needle in the haystack and this is something India can ill afford with its very large population where many people are still denied opportunities.

Excellence of mind can be found with the same probability of occurrence in the poorest village in Bihar, the swankiest neighbourhood in Mumbai, or in any of the vast numbers of lower middle class communities, be they in Tanuku, Kolhapur or Ludhiana. The question is how does one find these excellent minds, and then having found them, nurture them?

The trickle down approach was the only approach to education and research till the early 1990s and it failed us spectacularly. The so called institutions of excellence were never as good as their counterparts abroad, perhaps because accountability was not properly fixed. Most of the limelight was focussed on the IITs, but these institutions became more famous for their B.Tech. teaching programs and the subsequent mass export of IIT graduates to the U.S.A. It was conveniently forgotten that the IITs were never world class institutions in terms of research ideas and translation of these ideas into start-ups and applications. Other institutions like the IISc, TIFR and a few government laboratories performed competently but never spectacularly. No opinion-making and highly influential scientific idea has ever emanated from these so-called “temples of learning”.

The present attempt to declare 20 places as “Institutions of Eminence” is the latest try at the trickle down approach. Instead of hoping for the best, as was the case in former times, there seems to be some effort in announcing goals and tangible returns that such institutions must fulfil if they are to retain their status, be free of the UGC, and enjoy the considerable financial grants that they are to receive from the government.

Tiering of educational institutions is well-known in the other parts of the world. Notably, China and Singapore have gone for this elitist approach in a ruthless manner and have achieved spectacular gains in a particularly short period of time, these gains being measured in terms of rankings obtained in a globally accepted system. It is to be noted that at present no Indian educational institution is breaking in to the top 100 ranked universities in the world.

I shall not go into the question of as to what these rankings measure and whether they are a good indication of academic quality or not. Suffice it to say that all major universities worldwide publicise their rankings. Global rankings are here to stay, whatever our “intellectual” friends in India might or might not say.

This move to declare 20 Institutions of Eminence is completely in consonance with the NITI Aayog’s three-year action agenda plan that was recently announced and follows closely the timelines mentioned in that report. For example the designation of 10 such public sector and 10 private sector universities is supposed to be completed by September, 2017.

Many details of this programme are entirely praiseworthy. The institutions will be multi-disciplinary but unitary, in other words they will not affiliate with colleges. The funding appears to be at a critical level, with Rs. 1000 crore earmarked for each of the designated institution over a 10-year period. The announced teacher-student ratios are very favourable and institutions will be free to select up to 30 per cent foreign students. Foreigners are also eligible to be appointed as a faculty. The institutes will also be free to decide their fee structures which they will have to announce in a transparent manner.

It is not clear if these institutions will specialise only in science subjects because reference is made to publications in Web of Science journals. It is noteworthy that 10 private institutions will be so designated and while they are not entitled to government funding for their direct expenditure, they will be eligible to access government funds for specific studies and projects which they may execute.

Now for the flip side—I seriously doubt if the designated institutions will be able to enforce economically realistic fee structures, using their newly-found authority and autonomy. Many decades of leftist thinking in our higher educational institutions have left a permanent mark in the mindset of faculty and students. It does not matter which political party is in power. The thinking in our universities is leftist and this will not go away anytime soon. There are several universities where the smallest increases in tuition fees will be met with uncontrollable and unreasonable resistance. Students protest routinely even when the price of a cup of coffee is increased a little in their canteens. It would need a brave administrator to even attempt to increase tuition fees to realistic levels.

It is declared that the 10 government Institutions of Eminence will follow current reservation policies. It is further said that no meritorious student will be turned away for lack of funds. A more serious issue is that meritorious students will be turned away because of the lack of places in the general category. If there is to be a 30 per cent foreign student intake and if 50 per cent of the places are taken by students in the various reserved categories, this will mean that only 20 per cent of the places will be open to the general category students. It is not implied that all students in the reserved categories lack merit. This is certainly not true. But unless there is a proper creamy layer policy and hard-headed, realistic thinking about reservations vis-à-vis excellence, the entire “Institutions of Excellence” project will collapse. Excellence implies elitism and exclusion.

Reservation implies equity and inclusiveness. How these Institutions of Eminence will be able to attain international standing in a rather short period of 10 years and at the same time stay within the bounds of our current reservation policies is unfathomable to me. Will the reservation policy apply only to student admissions or also to faculty selections? Once again, leftist thinking comes in the way, and I fear that totally irrelevant considerations will turn up in the public debate. I feel this excellence-equity dichotomy is a real challenge, the existence of which even we are denying. In this regard, the private institutions, which need not follow the reservation policies, may be better off and maybe they will be able to reach the required level of international excellence much faster.

Finally, it is mentioned that an empowered expert committee with three to five eminent persons selected for a term of three years will select the 20 institutions. Perhaps it is a good idea to have a few foreigners on this committee, perhaps Chinese and Singaporeans. The selection of these 20 institutes should not be a self-fulfilling prophecy with eminent people from already eminent institutions declaring these very same institutions to be eminent in this future dispensation. Too often in India evaluations are done on the basis of what people know rather than what they have done. Declaring a university as an Institution of Eminence should be a function only of solid existing accomplishments which are recorded and well recognised by the international academic community. Otherwise, this whole project will become one more meaningless exercise.