India: A History Of Misplaced Resistance 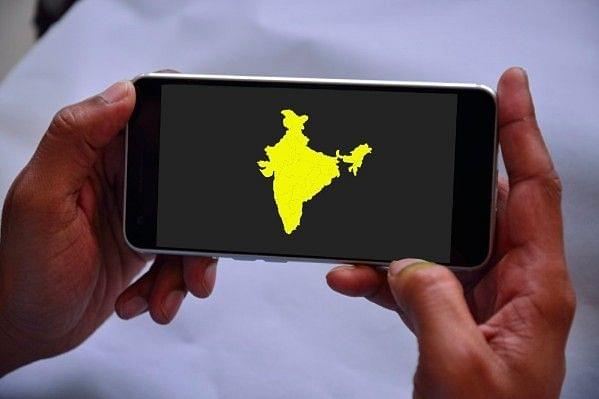 When the first Maruti 800 came into the market in 1983 despite its chequered history, it was as if the hungry middle class had been invited to an unexpected banquet. Everybody and his dog wanted that car.

Some people thought it to be tinny and were fearful of the 140km/hour speeds which the newspapers fed into by regularly splashing pictures on their front-page of over speeding, mangled steel on new flyovers.

More so, articles on the New Maruti Culture exemplified by the nouveau riche, made regular weekend reading with the very gentry who had so far complained but now extolled the virtues of the bulky, laborious Ambassador and the equally outdated Premiere Padmini.

Despite the contrarian opinion in the background, people were keen to check out this new vehicle, having lived forever with only two choices.

One heard that we were to expect in the very first instance the absolute surprise at the lightness of the wheel and thereafter — being completely hooked to this piece of machinery — a sensation quite unknown to people who had not planned to buy an automobile thus far.

Of course, in time, the Maruti changed the way Indians perceived owning a car of their own. We dared to throw away that mandatory jerrican of water in the boot to cool an overheated radiator. Many new owners also recollect initially opening the bonnet several times to re-examine and review the compact neatness of it.

Later, in time, as we know, the car itself was elevated to almost iconic status.

In 1991, the first questions to anyone considering buying the microwave were:

- Why would you buy that thing?

- What are you doing that is so important that you can’t heat up food on a gas burner for your family?

- And we don’t eat that unhealthy, frozen stuff that requires defrosting!

- Don’t you have domestic help?

- Agree it looks good in a kitchen, but what else can it do…?

- Doesn’t it cause cancer?

The media helped with stories of how a woman in the US placed a wet kitten in it to dry, not going for obvious reasons into the details of her mental state and mind.

Nevertheless, not long after, some went all the way to Nepal to buy this new appliance or closer home to Gaffar Market till it was available in the electronic stores across our cities.

In the same year, India opened up to satellite TV but surprisingly, with the least resistance. Perhaps, because our public intellectuals now saw for themselves a platform to amplify their opinions.

It has to be said that the country sat enthralled before Star and Zee News. Even the signature tune had fans and anchors becoming celebrities in their own right.

One would have thought the advent of cell phones in 1995, in a country with a long waiting list for new connections and a terribly creaky landline system, would have been welcomed. But no! It was thought to be a novel way of flaunting new money and rather unnecessary at that.

Fortunately, connectivity in a large country was appreciated and welcomed by the masses and soon, it became a normal appendage to ordinary lives.

Today, we know it has unchained us across every economic stratum and opened up the world. Can you even imagine life without it?

- Would ruin the cityscape.

- That we wouldn’t know how to keep it clean and the discipline of using public transport was beyond us.

Today, nearly every metropolis in India demands a better transport system, even though decades late and at great inconvenience in unplanned cities.

Remember the naysayers of “Ha! In India?” and now imagine how would we have tided over the last nine months...

One can say it is natural to feel trepidation in anything new, to be fearful of the unfamiliar. However, the limited point of this piece is that every one of these above-mentioned innovations came to India at least 20-100 years later than the rest of the world. For example:

Most of us had read about them, seen them and some had even had the opportunity to use them. Yet, when the people who governed us deigned it fit to bestow it on us, many still resisted and didn’t think that these were necessary to make our lives better.

Yes, we now understand that they didn’t give us better cars because then better roads would have been required.

They didn’t give us satellite TV till very late and kept us with a Soviet-era state television model, in fear that we might know more, see more and question them.

They told us we were poor, and a mass railway city system was beyond us and that we had to make do with rickety buses, poorly designed and badly maintained auto rickshaws.

That our fellow countrymen mostly used chulhas and an LPG cylinder was a luxury.

How many remember it was only nine years ago that Rahul Gandhi ‘appealed’ on our behalf to PM Manmohan Singh for the cylinder quota to be increased by two? Not only were we charmed, but more importantly, how 'grateful' we were.

We were reduced to beings, devoid of aspirations, suspicious of anything new. We liked where we were.

We were grateful for where we were… and those that weren’t, could always leave for more inviting shores.

In all this, it never ceases to amaze how our public intellectuals continue to be resistant to change, how suspicious they are of new ideas and how quick they are to condemn anyone who tries to break old ways even though, those methods might have failed.

That is why this generation, which is unburdened by the scarcity of the past, the hopelessness of the same old, must not pay heed to our well-fed dinosaurs who complain when there is no infrastructure and then lament over the fact that the new bridge takes away the livelihood of boatmen.

They must pull away from the dying, clutching claws of those who tethered us for so long to what they believed was our station in life.

They must distance themselves from the tired confines of dusty, limited imagination and worse — that sinister agenda to holdback people raring to go ahead.

The young must demand, grasp and claim ownership of the bullet trains, the hovercrafts, the new buildings and monuments, the innovative technologies that change forever the quality of life and that, they so rightfully deserve.

People who pride themselves on their 'complexity' and deride others for being 'simplistic' should realise that the truth is often not very complicated. What gets complex is evading the truth.