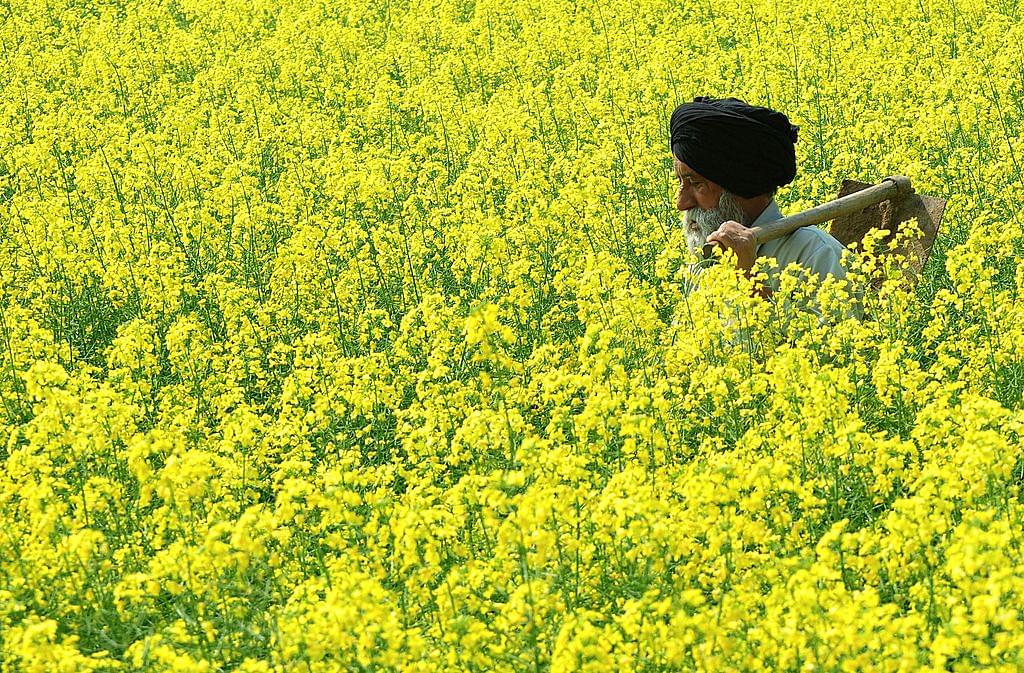 An Indian farmer walks through a mustard field in Baran village near Patiala. Photo credit: STRDEL/AFP/GettyImages.

India is a step closer to commercially cultivating genetically-modified (GM) mustard after an Environment Ministry sub-committee ruled that its consumption was “safe for human and animal health”.

Giving the green light, Genetic Engineering Appraisal Committee (GEAC) also said that it “does not pose any threat” to biodiversity.

The Environment Ministry posted the report on its website, seeking comments from the public before GEAC takes the final decision on GM mustard. October 5 is the last date to submit comments. The GEAC grants approval for GM products’ release into the environment.

If the green watchdog goes in favour of the commercial release of GM mustard, it will be the first genetically-modified food crop to be cleared for cultivation in India.

“From the toxicity and allergenicity studies, it is concluded that GE (genetically engineered) mustard, the parental lines and Dhara Mustard Hybrid-11(DMH-11) does not raise any public health and safety concern for human beings and animals with respect to overall nutritional characteristics,” GEAC said in its 133-page report.

The committee also found no risk of aggressiveness or any “weediness potential” in DMH-11.

“Therefore, potential of DMH-11 becoming a weed in mustard fields or in the natural ecosystem is highly unlikely,” GEAC said.

This variety of mustard was developed by a group of Delhi scientists.

GEAC had earlier given the go-ahead to GM brinjal - Bt brinjal - for release, but the Environment Ministry subsequently put a moratorium on its commercialisation amid widespread protest against GM food crops.