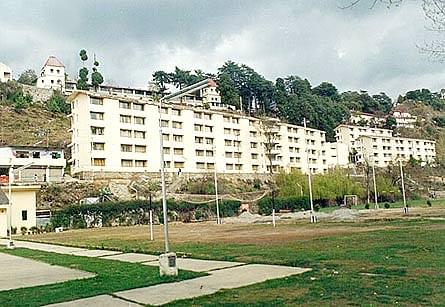 A gift of the Raj – a humungous piece of human machinery encapsulating thousands of men and women, some talented and some absolutely unemployable, is the bureaucracy of India. Whereas another legacy of the Raj, the railways, broadmindedly made space for airliners in keeping with modern demands, the bureaucracy made only a few minor changes to itself, while increasing the wind volume of its inflated ego.

Lovingly and sarcastically known as the world of ‘babus’, it is necessary to present some facts on the reality of this hubris stuffed fraternity:

In 2012, Hong Kong based Political and Economic Risk Consultancy (PERC), ranked Indian bureaucracy as the worst in Asia.

The best officers do not always occupy important positions and politics opens ‘bright’ paths to career success of bureaucrats.

Charges of corruption and nepotism riddle the recruitment processes of most State Public Service Commissions in India.

There is no guarantee that an officer’s area of expertise or subject of study is applied in the position he holds – an officer with a technical degree may well be placed in charge of cultural affairs.

But the most dangerous aspect of babucracy is that the average Indian babu does not accept his mistakes and brushes aside any criticism aimed at him. Such a babu dismissed the PERC rating as per a report published on The Wall Street Journal titled India’s Bureaucracy a ‘Nightmare’. This babu (name withheld) from the Ministry of Urban Development, said that the report “stereotyped bureaucrats”. He also expressed his ‘babufied’ doubts about how and where these claims came from.

A lot has been written and suggested on the revamping of Indian bureaucracy and making it corruption free, but without banging my head against the same wall, I shall focus this commentary on the fundamental of the system, i.e. the process of recruitment, which is nothing but an extension of the notorious marks-based competitive system of Indian school education, which ignores the true talents in a person.

It was between 1994 and 1997, I was a student at Kirorimal College and my food source was a family-run grocery called Jaggi Stores in Outram Lines. During the entire three years that I visited that store, I would regularly come across a young man, who would spend some of his free time at the patio, smoking and chatting with other customers. This man was preparing for his ‘compteesun’, which in his accent meant competition and almost every Indian knows what this means. Nobody thought much about it and neither did I, because it was (and still is) very normal for many young Indians to spend years waiting to get through those gates of heaven. Looking back at the image of this young man (I never knew whether he ultimately cleared his exams), I think about the lakhs of such young people who waste the most valuable years of their lives, unsuccessfully preparing for this exam. This waste of human resources is also seen when students spend years in equipping themselves with specialist tools but appear in the civil services exams in order to become babus. Those that clear the exams at least gain some growth and apply some of their skills in the machinery, but those that don’t have to face a lot of internal and external demons.

Going back to the point where the right skills of a person often remain unapplied in his job, the bunch of crammers who enter the administrative world stand at par with people who have sacrificed years of study in specialist fields like engineering. In the process, not only does the Jack of all trades start running specialist departments like roads, atomic research, defence etc, the master of a trade turns into a Jack (or jackass) – and nobody should sympathise with him because he has knowingly sacrificed his speciality.

So what is it that, besides the inability of the system to screen the entry of civil servants, feeds the supply line of Indian bureaucracy? The answers are simple: job security, visible career path and a respectable job providing ample opportunities for power-play. Scope for additional financial benefits must be a driving factor, especially in those state services where monetary investments are known to be made by candidates desiring a position. A babu also acquires the status of a celebrity in the towns and villages of their domicile.

While circa independence, India had to create a pool of officers from its youth bank that was just embarking on the road of specialisation, there is no dearth today of talented specialists capable of handling the various services, each with specific issues and potentials. Many countries have recruitment processes specifically for individual services and the recruits remain in their area of expertise almost throughout their entire careers. Having such a system in place could solve the following issues:

Proper utilisation of the nation’s human resources; and wider scope of recruitment in addition to identifying right talents for right jobs reduce the element of frustration in youths who fail to join the services due to the common benchmarks of exams.

Besides the specialist approach that can fill some of the bureaucratic positions, an effort should be made to improve the efficiency of generic officers through a more rigorous training process, and from discouraging specialists (and potential innovators) from switching careers after spending years on specialist programmes like engineering colleges, post-graduation programmes in universities etc. It should be a matter of concern for India’s Human Resources Department that a student from an IIT (or any other similar institute) who enters bureaucracy has deprived another unsuccessful aspirant from pursuing this career path seriously.

The National Defence Academy is a wonderful benchmark of how this efficiency can be achieved. Students with bureaucratic ambitions should be recruited into such an undergraduate administrative college right after their Class 12, through a common examination; service specialisation can be developed in the third year of college, through a process of skill evaluation. An additional college like the IMA (or the existing LBSNAA) can train entrants pooled through another exam (like the Combined Defence Services) for late decision makers.

A big hurdle to the nation’s progress is the allegation that the recruitment processes of state service commissions are politically manipulated, besides being riddled with corruption – many state officers are also nominated to the IAS. Just as neutral referees are a must for judging international sporting events, the state civil service exams can be conducted by the UPSC for more transparency and fairness. Moreover, the option of state specific administrative colleges (under the umbrella of one Indian Administrative University) can always be explored.

In conclusion, if India wishes to clean up its bureaucratic system and position itself as an attractive destination for the world, a hawkish approach in utilising her enormous human resources for the benefit of the state is a must, while dishing out a frustration-free and satisfactory working environment for her future generation of workers.

The author is currently a publisher by profession and is a former Market Researcher in London.