Intellectuals, Their Privileges, And Their Imaginary Worlds 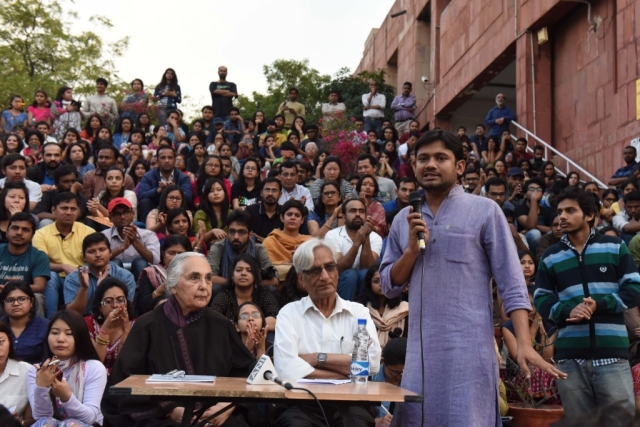 There is a clear biformity in the very idea and materialisation of intellectuals. This is because intellectuals as a collective and intellectualism as a monocultural ideology, particularly in its left liberal constellation, is a deeply contradictory enterprise. It affirms the role of intellectuals in creating public and citizenship; yet at the same time, it wring-fences and insulates itself from public scrutiny and any reasonable critique. Each time we hear freedom of speech being stifled (say in the arrest of Varavara Rao or Shudha Bharadwaj), almost at the same time we grapple with the reality of a massive media glitz about rising intolerance and the freedom of speech in its fierce avatar.

Or some more ‘eminent intellectuals’ like Romila Thapar and Prabhat Patnaik petitioning the Supreme Court and questioning intellectuals’ arrest because of the latter’s inbuilt intellectual superiority. As if only labourers and farmers are intrinsically wired to indulge in unlawful activities and intellectuals are immune to criminality. This is the standard operating procedure of intellectual power; the rhetoric of equality and democracy and the responsibility of the intellectual to uphold the same are constantly mediated by the demand for recognition for being more-equal.

The contradictions of Intellectualism

The contradiction I speak of is this inverse relation between the projected loss of freedom to speak and the reality of multiplication of free-speaking intellectuals. Interestingly though, the rise in the number of intellectuals sits uneasily with their falling impact on ordinary people’s lives. So intellectuals are an interesting lot. They survive on the rhetoric of equality and upward mobility of subalterns or common folks. Yet the lure of privilege on the basis of their intellectual superiority has a seduction that is compelling enough to disregard the first principle of equality.

The intellectual thus is like a bus passenger boarding a bus from a roadside bus stop. Each time a bus passes without stopping, he curses the driver and mourns over disappearing respect for ordinary people. But once he boards the bus, he does not want it to stop anywhere and mourns over the lack of discipline among people who wish to board from all places.

The distinction of being a select few or having reached the bus station before others did is something which may not pass off as power, but cultural power such as this is always invisible to those who enjoy it and very clear to those who lack the same. Affirmative action may have percolated to admissions or job recruitments, but remains out of hand so far as a gate pass to intellectual clubs are concerned.

Though democracy has ushered in equality and Modi has established that subalterns can indeed be PM, intellectualism remains the last frontier denying access to others and continues to remain a visible threat to equality and agency so much so that intellectuals can flaunt their intellect as a rare good that is the owner’s pride and neighbour’s envy (to use the language of Onida TV advertisement).

Thus we have a leading intellectual Ramachandra Guha enquiring where the right wing intellectuals are. Or TV anchor Sagarika Ghose ridiculing the right by asking, where is political right’s Amartya Sen. What they are essentially asking is, why the political right failed to catch the bus before the left did. Interestingly, they also know the answer: that the unsuccessful passenger does not have the privilege of living close to the bus terminus or knowing the bus driver/owner. Guha, once publicised his beef meal in Goa, though on an earlier occasion he had supposedly claimed to be a vegetarian. This is the plight of being an intellectual; one has to become someone else, kill a bit of one’s cultural values, eat one’s own words and then beef to perform as intellectual.

Intellectuals speaking to one another

Far from speaking to the people, intellectuals speak to one another in an echo chamber. Intellect here is a good that has tremendous exchange value. It is also intended to maintain the status quo that keeps intellectuals certified vendors of intellect. The environment they speak about, whether rise in fascism or intolerance or Ayyappa faith as a patriarchal space is not reality as it is, but what Walter Lippman called ‘picture in their heads’ wherein intellectuals imagine a reality and then seek to address it.

Though they imagine that they are speaking to the public, the latter is not out there, but are imaginary constructs or the ‘phantom public’. The whole business of truth telling that intellectuals specialise in is not a disinterested engagement with the way things are, but a partisan and ideological response to an imaginary problem.

Didn’t we denounce the ideas of objectivity by calling every individual a discursive product and didn’t we denounce truth as the mask of the powerful? How is it possible that the intellectual is immune to the same principle? So when a Ram Guha or a Sanjay Subramaniam argue that the political right has no intellectual, they are establishing the partisan subjectivity of intellectuals, that is, intellectuals don’t speak truth to power; at best they speak power to another power, or at worst, speak power to truth. Only the elite can do that.

Now the question is whether intellectuals are in decline because of a Hindutva government at the centre or because they have lost the trust of the people they claim to be speaking for? Immediately after Modi was sworn in as the Prime Minister, authors, academics and intellectuals spoke of some catastrophe which has befallen India and as intellectuals they cannot but speak the truth. Media houses were not left behind and started giving them coverage as if it is a real event.

Historian Daniel Boorstin’s idea of ‘pseudo-event’ comes to mind here, something which does not happen but are made to happen in a planned manner. Once Chesterton remarked that news is all about saying John is dead to those who did not know that John was alive. That more or less summarises the vocation of a section of intellectuals who speak about fascism or return their awards (if not the cash prize) to people, who did not know which problem they are speaking about or if they had won the award earlier.