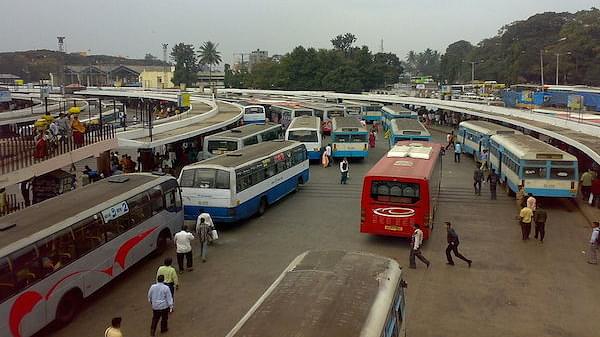 Many ‘futurists’ and a significant number of urban local government officials and policymakers this author has interacted with hold the following view:

“Internet, faster communication and changing social attitudes will soon make large urban agglomerations i.e cities irrelevant i.e we will be participants in an era of small, compact cities with innovators, job creators and seekers moving to such cities from megacities to make their fortunes.”

This view is often represented as a fact in many conferences, seminars and ‘talks’ organised by the intelligentsia which, in turn, has transformed the view into conventional wisdom. They are wrong. The internet or any other faster means of communication (except teleporting perhaps) will never be able to match the benefits that urban living offers. This view, combined with the very Indian tendency to ‘equalise’ development of different region, has led to some unfair policy prescriptions (now that is a matter for another day).

In his book The Rise and Fall of Nations, Ruchir Sharma writes:

“In recent years, it became fashionable to argue that location no longer matters, because the internet makes it possible to provide services from anywhere. But physical goods still make up the bulk of global trade flows, and location still matters for companies that want to be close to their customers and suppliers.”

Some people may argue that physical goods will not constitute a majority of trade flows in the near future where trade will mostly constitute IT based service sector transactions; and that’s when we will see intelligent people leaving cities along with their businesses for small towns. That notion is, again, wrong.

“Today, the internet is making geography irrelevant neither for manufacturing industries nor for service industries. People still meet face to face in order to manage and build service companies that provide everything from internet search engines to cargo logistics, and new companies in these industries typically set up in the same town to tap the same expert talent pool. The result is the rise of cities with a cluster of companies and talent in a specific service niche.”

“In South Korea, Busan continues to thrive as the nation’s leading port and as a regional hub for logistics service companies. In the Philippines, Manila has been rising for some time as as a major global provider of back office services, and now that business is spilling over to its satellite cities, including Quezon and Caloocan. Dubai continues to build on its dual role as a major port moving oil and other goods and as a service hub for the Middle East.”

In short, cities will NOT become small. Businesses and intelligent people will NOT move to compact cities. Most of India’s megacities will keep getting bigger. (I’m not saying that there is no future for second cities and, therefore, we should ignore them. They are a very integral part of the modern economy and need to be accorded that status.). Our planners and urban administrators need to imbibe this very basic fact when they are managing our cities.

Amongst these planners and urban administrators, the ones that need to learn this lesson the most are public transport officials.

A few months ago, Srikanth Ramakrishnan (who has a blog about buses) and I had a chance to interact with officials of BMRCL (Bangalore Metro Rail Corporation Limited) and BMTC (Bangalore Metropolitan Transport Corporation). Almost every second conversation we had with a management-level employee revealed their deep discomfort about private operated public transport facilities.

Before these conversations, we had hoped that public transport officials would recognise that government ownership of public transport infrastructure and the legal monopoly over these operations would increasingly lead to very bad transportation outcomes. Those hopes were dashed after the above mentioned conversation. These babus will wait for their retirement and meanwhile prevent and/or harass tech enabled transportation systems like Uber, Ola and ZipGo and oppose private entry into the bus and taxi business in the traditional forms.

Before continuing that line of thought, I will emphasise the need for an efficient public transportation system in every city. Every city is essentially a concentrated labour market. Businesses— low tech, high tech, service sector, manufacturing— are likely to set themselves up in cities as these cities offer them access to a large pool of labour in a short distance. This, in combination with the fact that most of their suppliers and customers do the same, leads to something known as “agglomeration benefits”. All the above depends upon the efficiency of the transportation system and the density of urban living. The higher the efficiency of transportation networks and the density of urban living, the greater the agglomeration benefits and, therefore, higher incomes.

Let this be illustrated with an example using our National Capital Region (NCR). Say Srikanth decides to shift from Bengaluru to NCR and rents a place in Dharuhera (about 45 kms from Gurugram). He is forced to rent here because he has a taste for luxury but his bank account isn’t all that good enough to enable him to live in Gurugram. It takes about an hour to travel between Gurugram and Dharuhera as he travels through public transport— Uber and Ola aren’t available in Dharuhera and the nearest metro is HUDA city center which is about 40 kms away.

What are the chances of him accepting a job paying Rs 60,000 per month near Rajiv Chowk i.e. Connaught Place, New Delhi over a job paying Rs 55,000 in Gurugram ? (It takes about two and a half hours to travel from Dharuhera to Connaught Place). Very low. He most probably will take the Rs 55,000 job as it saves him three hours of travelling daily. The company in Connaught Place will probably have to do with lower quality labour or increase the offer and, thus, incur higher labour cost.

Haryana Roadways is one of the worst state road transportation companies (SRTCs) with only about 100 buses in operation in Gurugram on about 15 routes. If one attempts to go via public transport from Dharuhera to Gurugram, he or she is forced to take the very rickety illegal buses as the Haryana Roadways buses on the route are very infrequent. The private ones that operate are harassed and sometimes seized if they use the Haryana Roadways logo to escape harassment. If legal private unscheduled bus operators (currently banned by law) existed and the construction on the national highway on which both Gurgaon and Dharuhera lie is completed, the route will take about half an hour. Srikanth might take up a job a little further away from Gurgaon say at Hauz Khas at Rs 58,000.

Now, back to Bengaluru. The babus in BMTC and their parent PSU-KSRTC (Karnataka State Road Transport Corporation) will never give up their legal monopoly. The ones in BMRCL will take another 10 years to realise that Majestic and M.G. Road no longer are the locus of business activity in Bengaluru city and that the locus has shifted to suburbs like Whitefield and Sarjapur. If Karnataka and other states stop harassing tech- based taxi and bus aggregators like Ola, Uber, ZipGo and end the legal monopoly of SRTCs and their subsidiaries, the transportation outcomes in our cities will vastly improve. The years of Urban Economics research— the resultant increase in agglomeration benefits— will make everyone richer off. Those of us living in Bengaluru will have the added benefit of better connectivity within the newer parts of the city.