Lesson From A Gujarat NGO: Property Rights For Tribals Will See Them Prosper 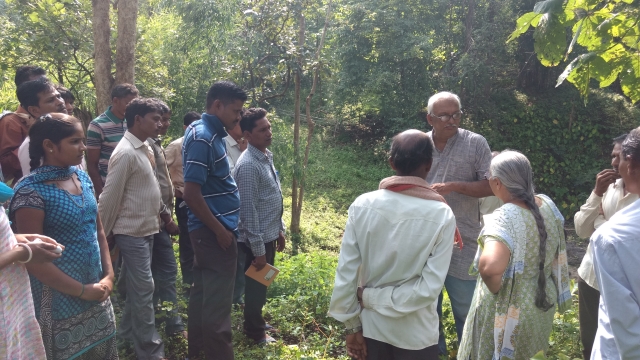 The Scheduled Tribes And Other Traditional Forest Dwellers (Recognition of Forest Rights) Act, better known as the Forest Rights Act (FRA), is known even better as among the bad rights-based legislations enacted by the United Progressive Alliance (UPA) government. It is also inextricably associated with jhola-wala activism, which pits any economic activity in forest areas against the welfare of tribals and forest dwellers. For many economic liberals, the FRA is bad news, mainly because of the provision that any development activity in forest areas could take place only with the consent of gram sabhas. It saw large industrial projects in mineral-rich areas (notably, the Posco and Vedanta projects in Odisha) being all but scuppered.

But in Gujarat, NGO activism of a different kind has resulted in the FRA having scripted a completely different story. This story is about individual forest dwellers getting property rights and land titles, which has opened up income-generating avenues. Villages are earning income in crores from forest resources and farming and investing these on development works as well as in providing employment opportunities for villagers. Forest resources are being managed in a more sustainable manner than when the forest department was doing the job.

People getting titles has been the key, Ambrish Mehta, a founding member of Action Research in Community Health and Development (ARCH-Vahini), an NGO working in the tribal areas of south and east Gujarat told Swarajya on the sidelines of a conference in Mumbai last week. Even when ARCH was working for the rehabilitation of Narmada Dam oustees, it focussed on securing property rights for them, which saw the other socialist-inclined, anti-development NGOs also involved in the same movement, getting a bit peeved with and distancing themselves from it.

But this is not about ARCH; it is about the empowering potential of property rights and how the forest department bureaucracy is still at work denying forest dwellers that right. Before the FRA was enacted, Mehta points out, the land belonged to the forest department. And even though 90 per cent of families in the area are dependent only on forest land, they could engage in only subsistence farming. They were constantly at the receiving end of harassment by forest department officials - the bullocks they used to plough land were seized, their crops burnt and cases filed for building bunds to prevent soil erosion. “Imagine, cases were filed not because they were damaging forests but because they were building bunds to prevent soil erosion,” Mehta laughs.

By the mid-1990s, the constant harassment stopped after Mehta and his wife, Trupti Parekh, worked with villagers to get legal redress. But the Damocles Sword continued; after all, legally they did not own the land. After the FRA was enacted and people got titles, they started investing whatever savings they had in improving the productivity of their lands. The first big change, says Mehta, was that people started using tractors for land levelling work, something they could not do earlier. It is not as if they have given up using bullocks, but tractors are better for levelling land when it is dry and hard. People also want to invest in irrigation but they will need loans for that. Though this is not a full title, which allows them to mortgage their land, Mehta says they can get loans up to Rs 50,000 with the titles they get and that should suffice. The consequence of all this – returns from land are improving and income from agriculture is rising.

And then there is forest management. The environmentalist lobby had strongly opposed the FRA saying this would lead to a denudation of forests and over-exploitation of forest resources. ARCH, which had lobbied in favour of the law, had pointed out that if local communities were given rights to manage forest resources, along with economic incentives, they would take better care of forests than the forest department had been doing.

That seems to be happening. The FRA gives gram sabha complete ownership over minor forest produce, which includes bamboo. Till then, Mehta says, bamboo was the monopoly of the forest department, which took all the earnings from it. In the regions ARCH worked in, the forest department gave long-term leases for bamboo farming to large paper mills, with three significant forest divisions leased out to just one company. They had no incentive to farm bamboo sustainably, says Mehta, and in large parts of south Gujarat, bamboo disappeared because of the constant cutting.

With the enactment of the FRA, gram sabhas formed their own management committees, negotiated better prices from the mills than what the forest department used to get and, realising the value of bamboo, are now managing it in a way that it regenerates. “Ownership gives them this long-term incentive to manage resources in a way that it gives them sustained income,” Mehta points out. A few years back, bamboo flowering happened in 15 villages, and the bamboo died. These villages sold 1 lakh tonnes of bamboo to a paper mill and earned around Rs 18 crore. Out of this, Rs 12 crore was paid as wages to villagers who did the bamboo cutting work. Gram sabhas are currently using the balance Rs 6 crore for development work in the village.

One village decided to pay Rs 5000 to each family that helped in land levelling work done by tractors. Under the Mahatma Gandhi National Rural Employment Guarantee Act (NREGA), Mehta points out, land levelling work would have been more expensive since the use of tractors would not have been allowed. Now villagers have decided that they will take up construction of farm bunds under NREGA, since it is less strenuous, but will use tractors for land levelling (NREGA wages are not sufficient compensation for back breaking land levelling work). More importantly, Mehta points out, there is far more accountability about the money that comes to the village community. “People have worked, they know the rate, it is not easy to fool them, they demand accountability,” he says.

But while the FRA may have conferred rights on tribals, the forest department is still loath to transfer titles. As many as 1,82,000 claims have been filed in Gujarat, and only 80,000 have been approved after a huge struggle. In the 30-odd villages where ARCH works, 4,800 families have filed claims for individual titles. Around 60 per cent have received titles but the land received is less than what is due to them. The average area cultivated per family is 5-6 acres, and the average area each family has got titles to is 1 acre.

The villages are now battling this in various forums taking the help of satellite imagery and Google Maps as well as GPS surveys, using hand-held devices. Under the FRA, people have to prove that they were cultivating the land as of 2005. The gram sabhas, helped by ARCH, interpreted satellite data for each claim, decided how much needs to be approved and gave a detailed report for each claim to the sub-divisional level committees.

The state government has now approved this approach for Narmada district as a whole, and the GPS surveys are being done in 150 villages; 8000 claims have been surveyed. Odisha, Andhra Pradesh and Madhya Pradesh initially had a better record of giving titles, Mehta says, but they too have started dragging their feet. The overall approval rate is 40-50 per cent. “You can’t say all the remaining claims are wrong; 10 lakh claims are either wrongfully rejected or pending,” he points out. Madhya Pradesh and Odisha have not done much on community rights, which Gujarat has.

Gujarat has not seen much conflict, especially bitter conflict, between industry and tribals as in the other states. This, says Mehta, is because there are hardly any instances of industrial units coming up in forest areas. The conflicts in other states, he says, is because tribals do not get anything from the exploitation of mineral resources. They have to deal with the negative consequences of mining, without gaining anything, except employment. Employment opportunities are also scarce, given the increasing mechanisation of mining operations. Giving them a share in profits is also not something that will work well, “Who knows how much profit is made?” he questions.

Things could change, Mehta feels, if tribals get rights over mineral resources as in the case of forest resources, which will fetch them royalty. “That is the reform that needs to be brought in. I don’t believe tribals are inherently opposed to industry. Right now, they get nothing, so they have no option but to oppose. Give them a significant share of royalty and then see, many villagers will opt for it.”

Mehta’s posed an interesting question at a session on Property Rights as a Human Right at the Asia Liberty Forum 2017 conference. Why is it that groups and people who believed in the right to property are never at the forefront of any movement for property rights for the poor, as groups who did not believe in this right. “Look at all the activists who were involved in the fight for FRA and its implementation, in Singur and other land acquisition conflicts, it is the leftist groups who do not believe in property rights who are at the forefront.” Libertarian activists or those who favour liberal economics never are, he pointed out.

But once the FRA was passed, the inherent discomfort of leftist groups with property rights came to the fore. They don’t put energy into ensuring people get titles, notes Mehta; ARCH is the only NGO doing this. “People are left stranded; the government is not giving them titles, the groups that held out promise to them have shifted gears and are now talking about community rights. The people have no one to support them.”

Certainly, something all those on the economic rights need to mull over.