So Why Are India's Young Going Woke? 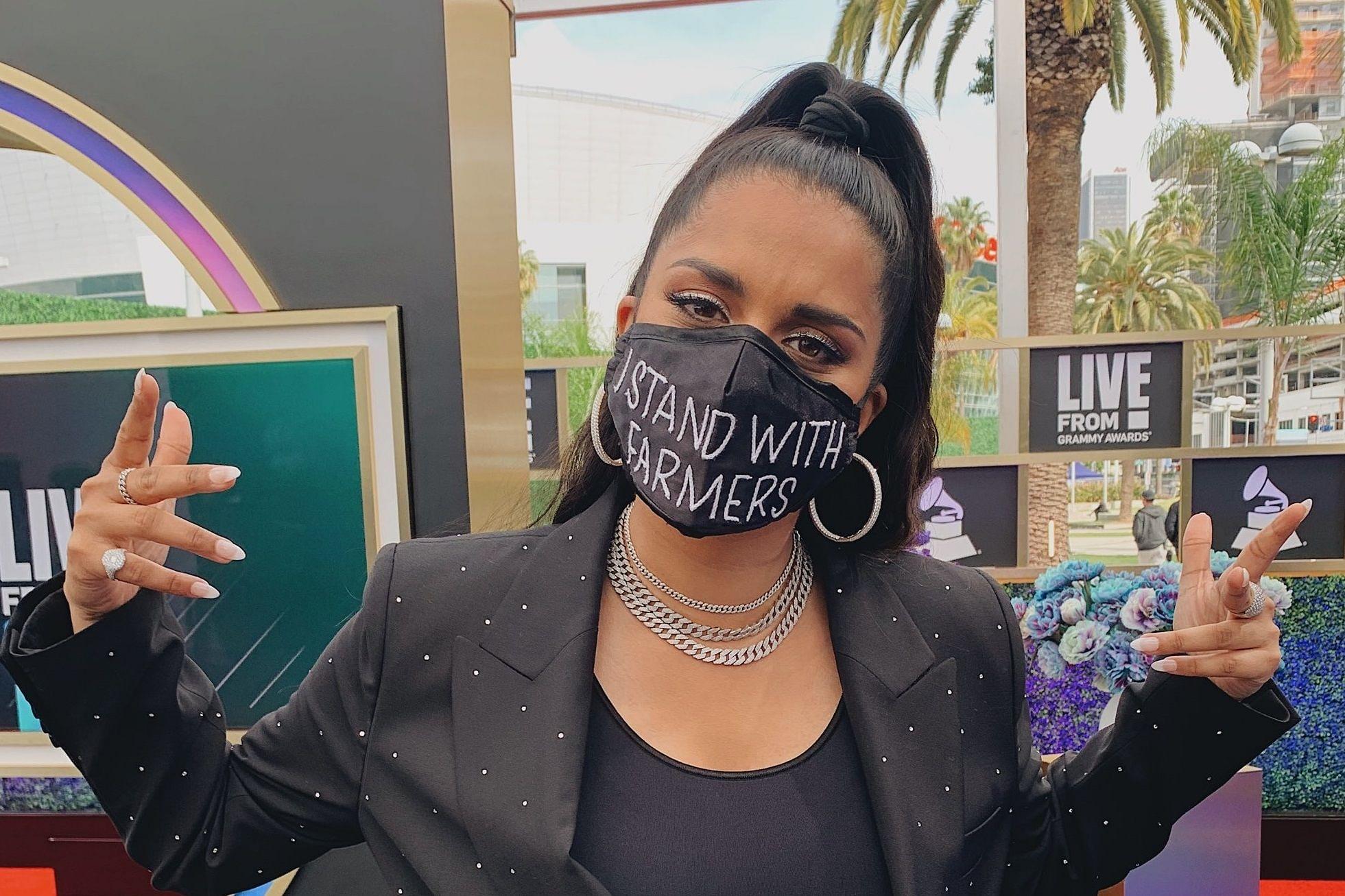 YouTuber Lilly Singh at the Grammys. (Picture: @lilly on Twitter)

Over the weekend, a tweet from Elon Musk, chief executive officer of Tesla and SpaceX, took the woke world by storm. Mocking ‘woketopia’, Musk remarked how wokeism had become a battle for moral high ground.

However, woketopia or wokeism, to term it for the length of this discussion, is not a recent phenomenon. Like an underlying termite attack, it has been taking over the millennials on Instagram, TikTok, and Twitter along with other social media platforms, creating hollow thinkers in the name of intellectuals and influencers.

It has become important to call them out, for their wokeism has an economic cost to it. Think of the cost of riots that followed the anti-CAA (Citizenship Amendment Act) protests, the cost of obstructing a national highway in the name of farmers’ interests, the cost of having a copper plant shut in Tamil Nadu, and so forth.

Yet, before calling them out, it is important to understand who they really are. Mostly, these are young minds in their early 20s who are rebels without a cause.

For them, everything under the sun requires correction, from gender discussion to government policy. For them, a leader of the majority in Parliament, elected democratically, is a dictator, while a leader propagating anarchy while blocking roads and backed by a few thousand well-funded protesters is a voice of the millions.

For them, the policy's intricacies are irrelevant, but all that matters is how the policy makes them feel.

This belief is then followed by vociferous tweeting on private social media platforms, using an iPhone or Android, through a private internet service provider (ISP).

Interestingly, some rare wokes, with a day-job, voice their concern against activism while working for a private entity. For the rest, communism seems fancy because parents are there to help the kids reap the benefits of their fortune, again, earned via progressive capitalism. Won’t earn, and will not let others earn, is their life motto.

Lastly, these wokes are much beyond the threshold of a civil debate or discussion. You either agree with them, or you are a fascist, a Hindu nationalist, a misogynist, a chauvinist, or any other fancy adjective from the dictionary that symbolises an oppressor with Hindu added before it.

But to decode wokeism, it is also important to understand where it originates from.

In my numerous discussions on Clubhouse with non-resident Indians (NRIs) and other Indians, across diverse age-groups and professional backgrounds, a few patterns were quite visible.

Do note that these discussions were mostly on Indian politics, farm laws, CAA, and other recent economic reforms.

Firstly, web series, comedy groups and sketches, and standup comedians. While this may come as a surprise to many, but for most, this is the first point of inspiration of wokeism. Writers in this realm, even with their artistic brilliance, oversimplify the most intricate and important policies in the name of freedom of expression and storytelling.

For instance, demonetisation, for these comedians, was a policy that got 800 million Indians to queue up before ATMs, even though they happily do Instagram lives while queuing up for the new iPhone or before a concert now and then. For them, Hinduism is the most violent religion in the history of mankind. For them, CAA is a way to drive out all Muslims out of India, and the wokes happily buy this fiction to sound cool.

Two, there is also the need for ‘social media validation’ for most influential wokes. Recently, peak wokeism was on full display when many actors featuring in web-series sponsored by private corporations and made famous because of Jio’s stellar Internet penetration in India were sharing stories on Instagram about Reliance oppressing the farmers of India.

For some, the need stems from being noticed. During CAA, many chose to repost whatever misinformation was peddled from the Farhan school of facts or Swara school of activism.

Tagging the celebrities, these influencers attempt to be noticed while pocketing new followers and countless likes. Why, because more followers amount to a better shot at being paid to endorse a new Chinese smartphone.

Three, it comes from people who have become beacons of news reporting on Instagram. Cleverly disguising their agenda in a few headlines, these Zoom journalists do not care much for context or facts but want to set the narrative by a mere headline. For instance, gross domestic product (GDP) contraction will be highlighted, but what they conveniently forget is an economy on lockdown.

The same headline is then picked up by comedy pages, fan clubs of wokes, and the wokes themselves, and propagated as the eternal truth. The same journalists and their woke fanboys and fangirls do not care for the context.

Thus, a farmer's death at Singhu becomes the doing of the government that does not listen to the farmers' voice. The same wokes then blame the government for being a fascist even after a dozen rounds of talks and a proposal to suspend the laws for 18 months.

Four, if all else fails, there is always the best go-to option, the raw, unadulterated hate for Narendra Modi. Peak wokeism is when people agree to a policy but choose to criticise it because it has been introduced by the Narendra Modi government.

Not only wokes but some senior journalists are also guilty of this crime, for they think that Modi, even with electoral victories in numerous states, and a landslide victory in 2019 after a successful first-term, does not inspire confidence. While BJP may have embarked on the greatest direct benefit transfer (DBT) system in the history of socialist welfare, the Ambani-Adani jibe sums up their understanding of all the policies.

Then, there are many wokes who reduce the entire argument on any policy or issue to the person arguing being a ‘bhakt’ or one who drinks ‘gaumutra’. That’s their unapologetic hate for Hinduism.

Most foreign outlets choose to view Narendra Modi as a leader who likes to make sweeping statements about minorities in India, sitting in their fancy offices in New York, and dismiss the ground support for Modi. The same lot is then seen questioning voters' integrity once their electoral predictions turn out to be as awful as the Netflix web series produced for India.

Firstly, that of shifting goalposts. Wokes do not like to shift the goalpost by a few inches, but by light years.

Thus, if you counter them with facts on one issue, they move to the next, and then a cycle begins, which eventually ends with the wokes accusing the arguer of being an oppressor.

During CAA, when wokes were encountered with facts, the next goalpost was National Register of Citizens (NRC), and when its lack of existence was pointed out, the eventual conclusion was Hindus oppressing Muslims. Nothing factual, but whatever suits the fear-mongering.

Two, the doomsday delusion. For most wokes, the emergence of the Modi government since 2014 has initiated a doomsday countdown.

For them, one fine day, the government will order the minorities to find a boat and sail their way out of India via the Bay of Bengal and the Arabian Sea.

They believe that the economy will enter hyperinflation if privatisation is encouraged. They want the nation to go back to socialism, have corporates taxed at 60-80 per cent, and have minimum support price (MSP) for every crop grown under the sun. The same people who today claim that farmers will be ruined by the private sector were a year ago claiming that CAA would end the citizenship of 200 million Muslims in India.

Three, the cancel culture. If wokes disagree with you, they will cancel you, and also make a full-throttle attempt to ensure you are cancelled by everyone else. Thus, they shall initiate campaigns to force Twitter or other platforms to suspend people who disagree with them, as we saw recently in Oxford University with Rashmi Samant.

They then defend this monologue by accusing the people questioning the protesters, be it in Shaheen Bagh or Singhu Border.

While the ideal vaccine for the wokeism pandemic is a library or a newspaper subscription, it is perhaps a bit too much to expect wokes to pick up routine reading as a habit. Ignorance is bliss, and imaginary doomsday scenarios are what they dwell in, while celebrating the idea of prolonged communism. Thus, beyond a point, engaging with them is an exercise in futility.

Yet, it is important to call them out, for these wokes are now costing the economy and people their jobs and roles in some cases. Already, many people, given their fear of wokes, choose to remain silent on multiple issues and occasions.

Still, the mere normalisation of this habit will result in this pandemic becoming a plague that consumes rationality and reasoning.

For people, before cancelling these wokes by choosing not to engage with them, it is important to call out their lack of credibility and commonsense, for the world must see these wokes for who they actually are — privileged spoiled individuals with no love for facts, numbers, statistics, knowledge, logic, or literacy.