Making Sense Of The Subsidy-Freebie Debate 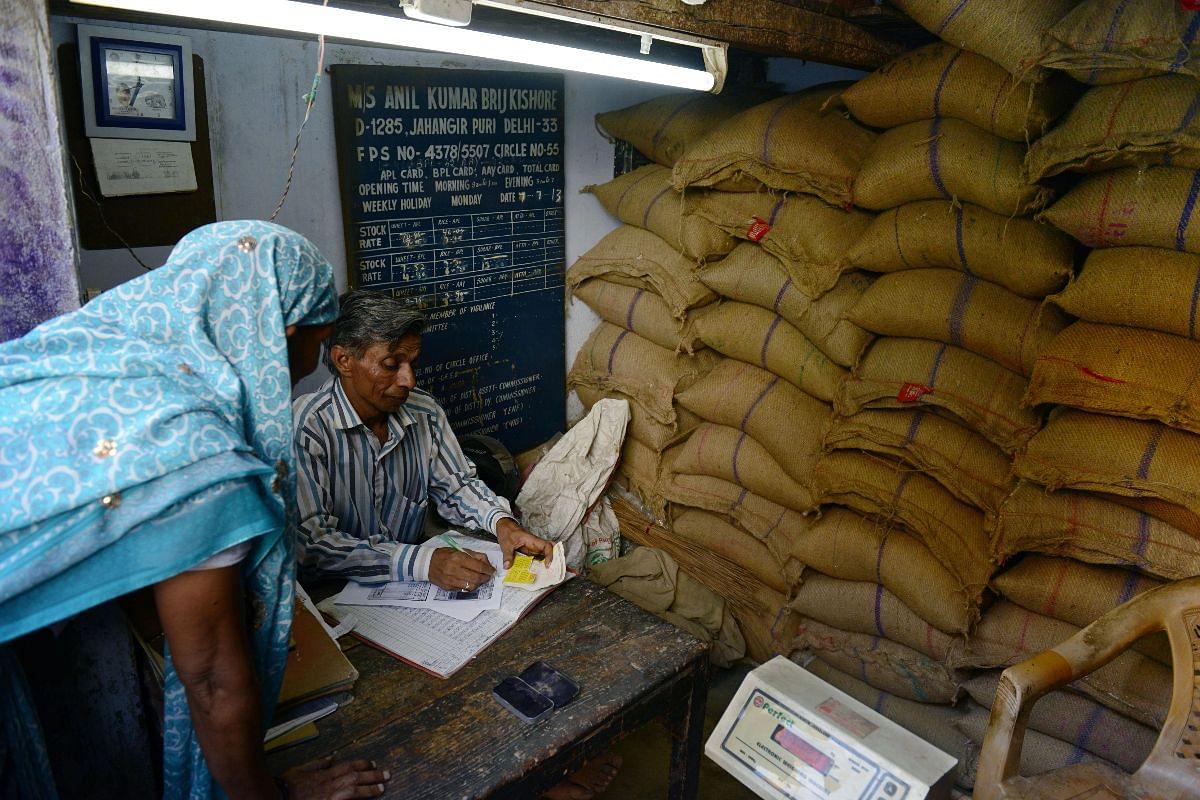 A vendor processes the ration card of a woman at his fair price shop. (Representative image) (ROBERTO SCHMIDT/AFP/Getty Images)

The Supreme Court is seized of an important issue of systemic reforms with bearing on politics and public finance: How to rein in the scenario of pre-election promises of ‘freebies’ to lure voters even when implementation of the promises means an unsustainable debt burden on public exchequer.

Like most things in life, there is nothing black or white about the freebies/subsidies. It is all shades of grey. Well-targeted subsidies actually reaching the poorest of the poor are necessary but who is poor is itself a hugely debatable issue. Poverty is always relative and once benefits are attached to it, beneficiaries don’t want to lose the ‘poor’ tag even when they move up the ladder.

About 82 crore people get 5kg wheat/rice per month at a token price of Rs 1, 2 or 3 per kg under a law enacted in 2013. They have also been getting 5 kg free cereal extra under Pradhan Mantri Garib Kalyan Anna Yojana (PM-GKAY) since April 2020, currently valid upto September 2022.

There is hardly any quibble about the basic necessity of such a programme especially started during the Covid-19 lockdown but whether 82 crore people require it now is debatable. Some may even argue that more than 100 crore deserve this. A simple correlation with mobile phone access shows the irony. There are over 150 crore mobile phones (SIMS issued) of which over one-third are smart phones.

Earlier, the state was expected to carry out only some very basic functions: internal and external security, policing, administration of justice. Then comes provision of public education and public health and then public infrastructure necessary to facilitate economic activities which no one else is able or willing to finance.

Basically, the government must deliver public goods using tax collection. Public goods are those which are meant to benefit the general public and the community at large and nobody can be excluded from enjoying its benefit and it is difficult to identify who benefits how much and hence to charge accordingly. If we follow this conservative model of state, most governments all over the world will have to shrink considerably. Tax burdens would go down, borrowings would go down. Citizens and residents will have to be more self-dependent.

Reality is that worldwide governments have expanded their role even beyond their current taxation capability and providing benefits to people from borrowed money. That is really problematic. Merely taxing A to pay B is not that problematic.

After using all the revenues for these essential expenditures, the Centre is left with just about Rs 49,000 crore. That and may be more may be required for all salaried people to do their assigned work and not just sit idle drawing salaries.

So the Centre’s revenues don’t pay for subsidies. The Centre has to either sell shares of government companies or borrow. And what is the subsidy bill if that is taken as next priority of expenditure Rs 7,07,707 crore for three major ‘subsidies’ [Food subsidy Rs 5,41,330 crore, fertiliser subsidy Rs 1,27,922 crore and petroleum subsidies Rs 38,455 crore]. ‘Subsidies’ is the term used when something is sold below cost.

Direct income transfers like direct credit to farmers’ bank accounts under PM-KISAN has the same effect as subsidy but technically not labelled as such. In addition, there are cross-subsidies like Indian Railways charging less than actual cost of passenger transport by charging extra on freight of goods transported or charging less from students, employees, senior citizens, freedom fighters etc. Some of these subsidies are slowing being phased out.

The Centre also has a host of subsidy/incentive schemes to promote industrialisation in industrially backward states or startups.

Tax concessions are also a special form of subsidies where some people, some items are taxed at a rate less than a standard tax rate or given various exemptions or deductions to reduce tax liability, all for one or the other promotional purpose, some good public interest cause. Promote affordable housing or savings or health insurance or spending of particular types from particular sources like Canteen Stores Departments for military personnel.

State governments also provide several subsidies and income supplementations. One of the most common is concessional tariffs for power supply to poorer households and farmers. High-end power consumers are charged more so that low end power consumers don’t pay for some units or pay less than the cost of power supplied.

Under-recovery of full cost of supply of water for irrigation or drinking is also an established subsidy — viewed as ‘below cost provision of goods and services’. Free passes to women commuters or free pilgrimage type of freebies or free WiFi etc, have been other populist measures which can be categorised as freebies/subsidies.

Loan waivers have been another form of subsidy usually announced as pre-poll promise to gain votes of farmers.

Important point to note is that almost none of the central subsidies were pre-election poll planks for the present government. Most are inherited subsidies started by previous governments that are continuing in some or other form with improvised technologies for subsidy disbursement. Others were post-poll decisions in specific contexts. In fact, under PAHAL scheme, people were encouraged to voluntarily give up subsidy.

Most problematic are subsidies relating to power and water especially when these lead to imprudent consumption. For example, cultivation of rice in water scarce areas using high power pumps to draw groundwater from deep depths is an environmental disaster. Rice export is as good as water export.

The power sector is worst hit by these subsidies. The unpaid dues of power sector companies have piled up to some Rs 250,000 crore. This is more than one-third of total value of annual electricity supply. States’ subsidy dues to power distribution companies alone are over Rs 75,000 crore.

After repeated interventions to somehow bail out cash-starved DISCOMs, the Centre has now moved to amend the Electricity Act 2003 to insert new DISCOMs, giving consumers choice to switch DISCOM (like switching from one telco to another telco), mandatory fixing minimum maximum tariffs. Analogy should not end here.

Pre-paid electricity connection, time of the day differential pricing and such other refinements are in the pipeline to ensure quality service to paying consumers. Electricity Amendment Bill has been introduced in Parliament and referred to Parliamentary Committee. We hope this reform will be pushed through.

As noted above, the Centre does not have spare revenues to pay for subsidies. It has to sell shares or borrow. Most states are in similar situation. They borrow (hardly any disinvestment by states) to finance subsidies and that is worrisome because state revenues are insufficient to pay for police, debt service, salaries and pension — the most committed liabilities that must be met before government decides to incur any discretionary expenditure.

Delhi is a Union Territory with legislature is an exception as it is able to fund a lot of subsidies from revenues because major expenditures on Delhi like Delhi Police etc, are incurred by central ministries. All pre-1993 loans are serviced by the central government. As a partial offset, Delhi does not get share in central taxes.

Tax to subsidise is still preferable strategy than borrow to subsidise. It is good that the Supreme Court has now waded into this essentially political arena and invited suggestions on the composition of an expert body that will examine the issue of how to regulate freebies being announced by political parties during elections. The court was hearing a public interest litigation (PIL) petition filed by advocate Ashwini Upadhyay seeking directions to regulate freebies by political parties.

Some of the freebies/subsidies are essentially direct income transfer schemes to address the failure of policy of ‘trickle down’. It was earlier believed that government should focus on growth and the benefits will ‘trickle down to lowest strata’. However, it did not happen and government was advised to help the neediest directly.

As highlighted for food subsidy, the real issue is to determine who is the needy deserving government subsidy. In comparison to someone else, everyone can claim to be poor and needy. We have a draw a line somewhere.

Where such a line can be drawn by courts is debatable. For, it depends upon the fiscal capacity of the state to draw, raise or lower the poverty line. It is not something for the courts to decide. However, the intervention can perhaps help develop some political consensus around some core principles and basic criteria for state fiscal support to individuals.

This article was first published on the author’s Facebook page.