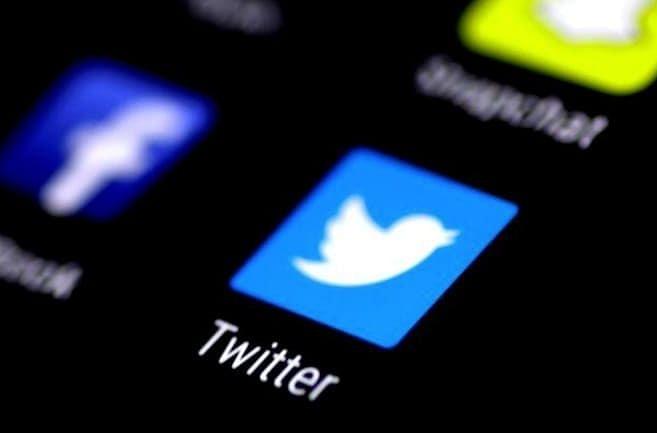 The jokers who run Twitter’s censorship regime must be having a hearty laugh at the foolishness of our media and politicians. Not only have we made discussions about the alleged “Congress toolkit”, unveiled by the Bharatiya Janata Party’s Sambit Patra, kosher, we have even gone around half-validating Twitter’s decision to tag some BJP handles as “Manipulated media”, making the issue a political hot potato.

Twitter now has political defenders in the whole of the Indian opposition and in media abroad.

It is time to discuss more basic things, and the first issue we must talk about is “Manipulated platforms”.

These manipulated and agenda-driven platforms can cock a snook at elected presidents and governments based not on national law, but their own ideological judgements.

The second thing we must discuss is the so-called fact-checkers, who, in the name of checking facts actually end up fanning those same things that they claim is fake.

Alternately, they end up giving us half-truths which enable “fake narratives”, which are more difficult to cross-check, get a free pass.

For some time now, Big Tech platforms, not just social media platforms, have accumulated more power and more information on citizens than most governments. When we talk platforms, we are not only talking about Twitter, Facebook and Instagram, but also Google, Apple, Amazon, and their Chinese counterparts — Alibaba, Tencent, Baidu, Weibo (China’s Twitter), etc.

In general, Big Tech platform companies tend to humour governments in power, but when they sense a change in political direction, they switch sides. This is why Twitter, Apple, Facebook and Amazon suddenly deplatformed Donald Trump after it became clear that he would not be president from 20 January 2021.

As long as he was, they were happy to let his tweets and activities get them traffic and advertising revenues. Once he was near to being ousted, they switched sides, but this move is not just a deft political manoeuvre. It is about retaining their power and super profits.

The truth may well be that the incoming Joe Biden administration needed to be deterred from taxing profits more and also from taking tough anti-trust action. Many states have launched anti-trust action against Facebook, and at some point there is a possibility it may be broken up or subjected to more regulation, as will be the case with Google or Amazon (read my hypothesis here).

While there is no guarantee that Biden is going to help Big Tech anytime soon, by switching sides Big Tech has probably bought some time to figure out how it can avoid or deflect anti-trust action and higher taxes.

But there is a bigger reason why big business, and not just Big Tech, tends to kowtow to Left-liberal power centres or governments: they know that the Left poses a greater danger to their monopolies than the Right. The Right will broadly support pro-market or pro-business policies, but that is not the case with the ideological Left.

So, supporting Right-wing parties brings no political gains, since they will anyway try and help businesses; that can’t be said about the Left or Left-Liberal-Anarchist forces.

It is not without reason that pro-Congress channels like NDTV or India Today TV received a lot of corporate funding, something that changed only after Republic TV entered the picture. The latter got funding as it was perceived to be pro-BJP in its editorial stance.

But that didn’t prevent the Maharashtra government, which includes the Congress, from going after Republic TV's Arnab Goswami. Right-wing media will always live with the Damocles sword hanging over them from the Left.

Simple point: it pays to keep the Left in good humour, or else you could be taken apart by coercive Left-liberal action. This is why businessmen will always fund Left-liberal publications — as a sort of insurance policy for their own survival. Crony socialism works better than crony capitalism.

Coming back to the idea of “manipulated media”, while it may be fair to tag a Sambit Patra or BJP-linked tweeters as peddlers of “unverified political content” (which would apply to a lot of anti-BJP content too), to call it “manipulated media” is rich.

For what is being manipulated is the platform itself, and by its agenda-driven owners, to favour various political parties at various times depending on what is convenient to them from a business or ideological perspective.

Last November, the Chinese government scrapped Ant Group’s private listing precisely because it did not want Jack Ma’s key holding company to become even more powerful after the listing, especially as it had started growing its media empire.

Among other things, Jack Ma acquired South China Morning Post in 2015, and built data alliances with the Shanghai Media Group. He also took substantial stakes in Weibo, the Chinese equivalent of Twitter.

Xi Jinping’s Chinese Communist Party does not fancy a rival to its political power and media control. But in the US, the media is hoping to control the President and the Left by taking ideological positions that favour them.

By parting with a small portion of their fortunes (to support democracy, anti-racism or whatever looks woke and good), they look like heroes to the Left, when it should be obvious to anyone that none of their wealth could ever have come without “nasty” capitalism to help them.

This is not to suggest that the milk of human kindness inside them is fake; just that one can always be generous after winning a business lottery. One can become non-violent only after winning a brutal war, as Emperor Ashoka found out to his delight. All the sins from killing and mindless bloodshed were washed away once his enemies were no longer there to protest or challenge him. He could be Peacemonger No 1.

This brings me to the second form of manipulated media that is much more insidious: agenda-driven fact-checking. Sure, many fact-checking sites do a good job of exposing morphed pictures and investigating political claims, but when they are ideologically driven, they actually render no such service to the public.

They either end up fanning the very fake news they want to debunk, or stop short of questioning the fake narratives that would have obviated the need for their fact-checking skills in the first place.

Some weeks ago, one fact-checker proclaimed loudly that two prominent politicians who were shown visiting brothels were not actually doing so, and the pictures circulated in support of the “news” were fake, morphed.

But here’s what the fact-checker did: it published all the photos, and headlined the names of those politicians in bold and merely called the pictures morphed. In the process of exposing so-called fake news perpetrated by some unknown person on Twitter, they actually ended up giving the fake news wider circulation by “fact-checking” it.

The only way to fact-check malicious news is to report them to the police after verification, not publicise them. Consider the tendentiousness of a headline which reads thus: “Famous Fact-checker shown molesting woman says his picture is morphed.” (For reasons of not falling into the same trap, I provide no links to this fact-checker and his fact-checking about two politicians. Readers can deduce who they might be.)

Another fact-check told us that a story doing the rounds on Twitter, that temples were charged more for electricity in Tamil Nadu, was false. The truth was more nuanced. The Tamil Nadu government charges Rs 8.05 per unit using low-tension power (above 120 units) for all places of worship which don’t allow the public in.

The problem isn’t the fact-check per se, but a crucial bit of information that would explain why temples may end up paying more.

One, under the Tamil Nadu Hindu Religious and Charitable Endowments Act, only large public temples are liable to be taken over, while mosques and churches escape state control. This also implies that the concession tariffs given to temples largely go to temples under state control — which is a favour the state is doing to itself, not Hindus.

Two, many temples run by the devout choose to remain private (ie, they don’t allow public entry or collect donations) in order to stay outside state clutches. This blatant discrimination against only Hindu temples finds no mention in the fact-check, thus making it seem that the electricity charges are actually religion neutral. Not quite. By targeting fake news, the fake narrative that all religions are treated equally by the state is allowed a quiet rear-door entry.

This is “manipulated, agenda-driven fact-checking”, for such an important fact cannot have been unknown to the “fact-checkers”.

So, yes, we need to worry not just about manipulated news, but also manipulated platforms and fact-checkers whose biases may go under the radar. Fact-checking can also be manipulated.