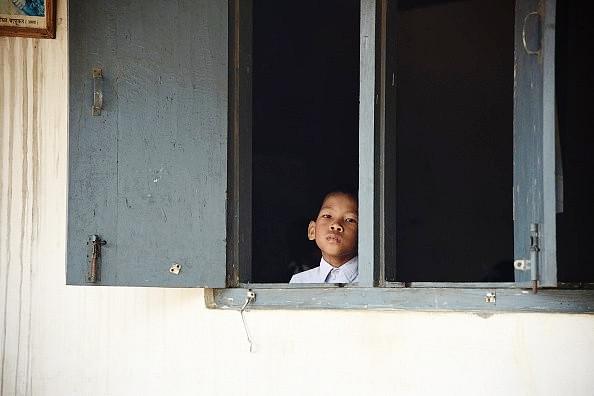 The union Ministry of Human Resource Development conducted a National Achievement Survey (NAS) across the nation in November 2017. Focussing on four subjects which included Language, Mathematics (for classes 3, 5 and 8), Environmental Sciences (for classes 3 and 5), Science and Social Sciences (for class 8), the survey was carried out in government-aided schools. Text booklets with 45 questions for classes 3 and 5, and 60 questions for class 8 were prepared. The questions developed for these booklets were curated taking into consideration the learning outcomes incorporated in the central rules for Right To Education Act by the Government of India.

Touted as one of the largest surveys to be conducted across the world, it inculcated over 2.2 million students from over 100,000 schools across 700 districts. In all states and Union Territories.

Assam: With over 85 per cent of its students enrolled in government schools, the state of Assam had the participation of 27 districts with over 4,000 schools and 80,000 students. As per the data derived from the website of NAS, the performance from class 3 to 8 presents a visible decline. For instance, students of class 3 were able to answer 72 per cent of the language questions correctly. However, the number declined to 60 per cent for class 5 and 54 per cent for class 8. However, the state has fared well against the national average, even though the performance of students in class 8 must be looked at with concern. Compared to over 50 per cent students of class 3, merely 16.4 per cent students of class 8 were able to secure over 75 per cent in the language questions.

Bihar: With over 75 per cent of its students enrolled in government schools, Bihar makes for an interesting case study, given the social factors in play. Given the state’s obsession with the Union Public Service Commission (UPSC) and other public service exams, the performance in mathematics must be deliberated. Students of class 3 were able to answer 63 per cent of the questions. The percentage fell to 52 and 45 for class 5 and 8 respectively. In the language section, a decline was seen from 67 to 57 and eventually, 58 per cent for class 8. While 41.1 per cent students in class 3 secured in excess of 75 per cent in language, the number fell to 23 per cent for class 8. Sadly, merely 8.6 per cent of the students of class 8 were able to secure more than 75 per cent for questions in science with one-third not being able to secure even 33 per cent for the questions asked. Compared to the national average, the story of Bihar is more or less the story of India.

Gujarat: The catalyst in the ascent of Narendra Modi, Gujarat, with over 75 per cent enrolments in government schools fares better than the national average when it comes to learning outcomes. However, it finds itself in the same declining performance trap as Assam and Bihar. The students of class 8, as the data shows, were only able to answer 47 per cent questions pertaining to mathematics, 52 per cent pertaining to science, and 54 per cent pertaining to social science. With a majority of students from classes 3, 5, and 8 being able to secure 50-75 per cent for the questions asked, the state has a low percentage of students securing less than 30 per cent in the performance slab, signifying the healthy state of government schools across the state. However, a lot of critical ends are still required to be fixed.

Maharashtra: The financial mitochondria of India, Maharashtra, had almost 80 per cent students enrolled in government schools during 2014-15. While the students of class 3 and 5 fared better than the national average, a sharp slump was witnessed in the performance of class 8 students. Students of class 8 were able to answer only 40 per cent questions in mathematics and science, and 42 in social science. The situation grows even more deplorable if one looks at the distribution of students achievements. Over 37 per cent of the class 8 students could not secure 33 per cent in maths and science. Merely 7 and 6.5 per cent students of the same class could secure over 75 per cent for questions in maths and science respectively. For a state that has a huge dependency on government schools, the situation of its senior students is alarming indeed.

West Bengal and Odisha, the two other states with government school enrolments exceeding 84 per cent, the situation is no better. Over 42 per cent students of class 8 in West Bengal were not able to secure 33 per cent in maths and science. The situation reverses for the worse from class 3 to 8, as the data from NAS shows, in West Bengal. Merely 5 per cent of the students were able to secure over 75 per cent in the social science exam. The numbers for Odisha are also on the same lines.

Clearly, Punjab and Haryana, with their increased urbanisation and enhanced standards of living have lesser number of students in government schools. However, the assessment results from Punjab, Haryana, Rajasthan, and Uttar Pradesh offer some more insights.

Punjab: The state of Punjab falters against the national average. While this could be attributed to the lack of infrastructure in the rural areas and other social factors in play, it does warrant urgent attention. Class 8 students were only able to answer 31 per cent of the questions pertaining to mathematics, 37 for science, and 35 for social science. The situation is a little better for students for class 3 and 5, yet far below what the national average is. With over 55 per cent of the students still enrolled in government schools, the state must rethinking its education strategy or risk falling behind. A shocking 56.7 per cent of class 8 students were not able to secure one-third of the marks in maths. Merely 2 per cent of class 8 students examined could secure more than 75 per cent in the same subject.

Haryana: A state that should have its own Olympics team, Haryana has seen government school enrolments drop in recent years with the current percentage at 48.8. Quite like Punjab, the state falters against the national average with a visible performance decline from class 3 to class 8. With merely 4.2 per cent of class 8 students securing over 75 per cent in mathematics, 6.4 per cent in social science, and 7.1 per cent in science, the state, like its neighbour, warrants urgent rethinking of education. Located in the vicinity of the national capital, the state must look to benefit from the resources available. Interestingly, Chandigarh, the capital of both Punjab and Haryana, fared well against the national average. The variation within this region alone depicts the education quality gap that must be bridged between the rural and urban areas.

Rajasthan: With government school enrolments less than 50 per cent, the state, surprisingly, fares far better than the national outcome. The performance decline from class 3 to 8 is present, but not as significant as it is in other states. For all tests and classes, the students were able to answer more than 55 per cent of the questions asked in any subject. For students of class and securing over 75 per cent in the subjects, the numbers look quite strong. Clearly, the state presents an interesting case study for its contemporaries to replicate if they intend to fix their houses.

Uttar Pradesh: The state with the highest population, it warrants a thriving educational setup under government control for it ensures accessibility, affordability, and to some extent, accountability. However, the numbers from the state do not fare well against the national average, as the data shows. The performance decline from class 3 to 8 is again visible. For class 8, the percentage of students securing over 75 per cent in maths, science, and social science, is in a single digit. On the other side, close to 40 per cent of the students from the same class could not secure 33 per cent in maths, science, and social science.

The survey presents some observations. One of them is that the RTE Act is a failure of mammoth proportions. Given that the government schools follow the syllabus prescribed by the Central Board of Secondary Education (CBSE) and have NCERT books, one cannot attribute the performance decline from class 3 to 8 to tougher syllabus. Also, it is not possible for states to have better teachers in class 3 or 5 alone.

Given that the RTE mandates not failing a student till class 8, the performance decline has to be attributed to this practice of not holding students back. Clearly, the pressure keeps on piling up, and adds to the weakening numbers in senior classes. This also adds to the dropout numbers, as students, unable to cope up after class 8, give up on their education. The national average further proves this point, as there is a visible performance decline from class 3 to 8. In an essential subject like mathematics alone, the percentage of questions answered decreases from 64 per cent in class 3 to 42 per cent in class 8.

The affordability of private schools continues to remain a distant dream for many, even in urban areas, and therefore, for years to come, the health of our government schools will reflect the learning potential of our nation. A student can definitely do more by repeating a class in his early years than by dropping out of school at the age of 14. And getting rid of the RTE can prove to be the essential giant leap in order to fix this problem.