National Medical Commission Bill: How It Can Be Made To Work For India’s Healthcare Sector 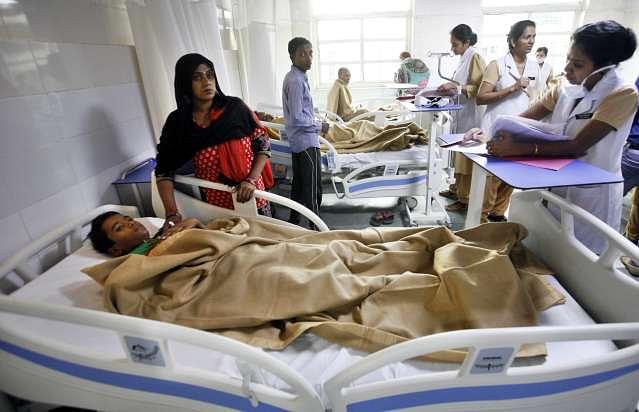 The proposed National Medical Commission (NMC) Bill 2017 will completely overhaul the structure and organisation of the Medical Council of India (MCI) as we know it. The MCI, which is a self-regulating body and is run by doctors, has proved to be thoroughly corrupt and inept. So there is ground for reform. The bill seeks to replace MCI with NMC plus four verticals dealing with curriculum, assessment-cum-rating and registration. This unbundling with emphasis on expertise sounds good on paper, at least.

Swarajya spoke to a radiologist from Tamil Nadu and cofounder of healthcare startup - SlashDr, Dr K Mathan, to find out if the NMC Bill will deliver the goods.

Can we expect the NMC to deliver a significant change? If yes, how will it achieve this? If not, what is the ideal way to restructure the council?

As agreed, the MCI has failed miserably in its stated objectives, and hence change is inevitable. But the change should be meaningful, practical and federally acceptable. The broader structure of four verticals envisioned under the NMC is the right step, provided it has equal representation from all stakeholders. The central government, state governments, universities, institutes of excellence (AIIMS, PGI, CMC et al), private medical colleges, citizens’ representatives and under-graduate and post-graduate medical students (ideally) should all be represented with fair weightage (need not be equal). The medical curriculum has changed significantly over the decades and there is a need to catch up with the rest of the world in evolving a dynamic course structure unique to our needs, yet relevant in an international context.

The bill takes forward the NITI Aayog's recommendation to legitimise profit-making in medical education. It proposes that the fees in private medical colleges for 60 per cent of seats can be fixed by the institution. Given the capacity constraint and corruption involved in regulatory mechanism around fee fixing, the move to provide fee autonomy seems be a well considered proposal. Do you see any danger in this move? Or the very idea of 'commercialisation' of medical education or 'for-profit' approach in medical education fraught with risks?

Private medical education has been wrongly painted as a profit-making exercise. The basic defect lies in the argument that only “trusts” are allowed to open medical colleges, corporate entities are not allowed, fearing it will overtly suggest a “for profit” nature of the venture. Today, starting a medical college is a Rs 300-400 crore venture (at least half of it is required at the beginning). Even if this truly not-for-profit, medical colleges in the present regulatory framework will take 15 to 20 years to break even. And by that time they will need the second or third round of funding for the infrastructure and the already ageing medical equipment needs. So private medical colleges should be allowed fix their fees for at least 50 per cent of the seats. Fee fixing is a futile exercise, instead NMC should insist on transparent fee structure and payables.

The biggest problem in healthcare sector in the country today is a shortage of doctors (forget the quality, we aren't even getting enough professionals). This originates from limited supply of seats in medical colleges. The proposed bill also does not require currently registered colleges to obtain prior permission before increasing seats at both under-graduate and post-graduate levels. This again looks like a welcome step in easing regulatory overreach and easing supply. Any downsides to this?

We need to comprehensively overhaul our medical education model, right from the minimum requirements to open a new college to faculty requirements. We follow the British concept of MBBS as the under-graduate study but then suddenly jump over to the US model of MD at the post-graduate level, this needs to change. We should either follow the British model of MBBS in addition to hospital training-based master’s degree. Or we can take the US system of direct integrated master’s programme with MD as an end goal.

All higher secondary boards are supposedly based on NCERT syllabus, but each board brings its own “version” of the same. One common syllabus for core subjects such as mathematics, physics, chemistry and biology is the best way forward. Languages/social studies/humanities/history can be left to regional considerations. The core STEM – science, technology, engineering and mathematics – knowledge set the learning demography to be uniform across the country. This will go a long way to address the shortfalls in higher education also.

Another new and big introduction in the system is that of a new test – National Licentiate Examination. Shouldn't the institution in which the student has studied for four to five years be the best authority to assess and provide a degree to a candidate for him or her to start practising? Is it a good idea for the government to distribute licences to candidates after they take an exam?

All developed countries and even some developing ones follow strict medical licentiate requirements , and it’s not the government which distributes these licences, it's the government-authorised medical board, in this case the NMC, (here again we are following the British model, GMC is the British licensing body). As we move towards a more heterogeneous model of medical education/colleges (government/private/trust run/religious/for profit) we need to become more vigilant on their outcomes. NMC will become what the bar council is to the legal education in this aspect.

Ultimate authority of giving/rejecting affiliation/recognition to medical degrees or to new colleges rests with the central government. There is a commission for everything under the sun but you can repeatedly appeal and central government will take the final call. Isn't this centralisation an overkill?

Yes, it is. We need to work towards more transparent methodologies to do this. State/regional/zonal offices of the NMC could make this situation better.

The biggest bone of contention for those protesting against the bill is the mention of a bridge course for practitioners of Indian system of medicine to prescribe modern medicines. Why is this being promoted as something that will encourage quacks, given that they won't be doing anything more than prescribing medicines after going through a certified course?

2. They won't be doing anything more than prescribing medicines. Do we have the capabilities to ensure that they stay within this mandate? Remember, we are not able to root out quacks, who have no medical knowledge from our system… here we are authorising a sort of legalised quackery.

A closer reading of the bill suggests that many provisions indicate easing of a stiff regulatory regime. On the other hand, many have criticised the bill saying it is excessively bureaucratic and centralised, and thus will not solve the bigger problem of corruption and rent-seeking that plagued the MCI. Do you think that's a fair assessment or critics are being harsh?

The present MCI is excessively bureaucratic too, only that we don’t see it overtly. But NMC Bill is unabashedly open about it. I think NMC is the way forward, the constitution and the representatives should be more plural, based on ground realities and considering the future goals.

The availability of doctors in rural and even semi-urban areas is worse or non-existent. It is no one's case that bridge courses of AYUSH practitioners can take care of that problem. Did the bill fail to address this situation?

Yes, I strongly agree to that. NMC bill is taking a ‘let’s jugaad’ kind of an approach to this. We have a great example in the Tamil Nadu model which brought doctors to primary healthcare centres in rural areas. Centre must acknowledge this fact first and take these ideas across India.

The bill has now been referred to the standing committee. What are few clauses that you recommend that can be included to address some of the current concerns of the doctor community?