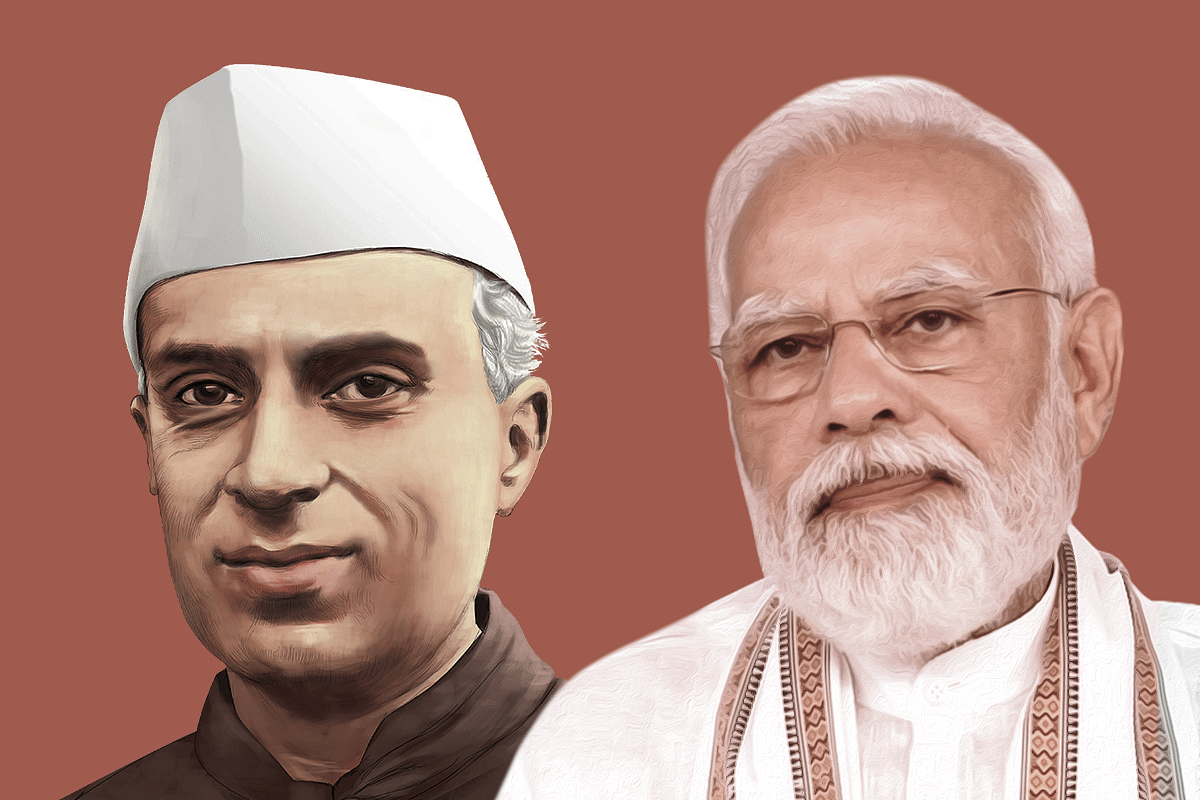 Today (15 August 2022), Prime Minister Narendra Modi interacted with children, who were taking part in cultural programmes marking India’s 76th Independence Day. Among them were children from NCC (National Cadet Corps). In his speech, Modi emphasised the role of the children and youth in the mission of the next 25 years to make India completely prosperous — prosperous and developed unto the last Indian.

On this day, one was reminded of the first prime minister of India — Jawaharlal Nehru, also known as 'Chacha Nehru', who was so called because of his legendary love for the children. His birthday, 14 November, is being celebrated as 'Children's Day' in India.

I remember how Children's Day festivals were celebrated in my childhood. Mostly, there would be talks, songs and dances featuring Nehru. How great Nehru was, how Nehru loved us children, how he showered us with chocolates which were to us almost unknown luxuries, how his skin colour was so fair that when he had to sleep on the jail cot, his soft, tender skin developed rashes, how he planted a rose in the jail and watered it, how he wrote letters to his daughter from jail which have become a world classic etc, etc. It was the cultivation of a personality cult in children. It was brainwashing a generation to become slaves of a dynasty that was destined to rule us.

The whole Children's Day was more about Nehru than about the children. In addition, it also helped the subversion of distancing the Indian state from Indian nation. Indian nation has for ages celebrated Sri Krishna's birthday as the spontaneous and natural children's day. No state, no school, no public holiday made Indians do that. That day, all children become Sri Krishna. That day, Sri Krishna whose message is also his personality came alive in our children. But Indian state celebrated a mechanistic dynasty promoting Children's Day — more a lifeless state ritual than a life-reinforcing national festival.

This is a great psychological insight. Child psychologists say that instead of giving children some task or pampering them, one should allow the children to come and join any work the parents or elders are doing. They should be asked to join as equal partners. Then they will explore and find ways of contributing to what adults are doing, in their own capacity and in creative ways. They will own the nation. They will become responsible adults. They will not be pampered spoilt brats, who don’t know how the nation and its assets are built.

Children of Modi's mission aspire to make the country prosperous for every Indian, and they will be different. Their inspiration is their self-respect to contribute as children of Mother India to the welfare of the country.

Until now, I have attended many seminars on ‘Atmanirbar Bharat’. Modi is mentioned in the passing. But the emphasis is always on inclusive and self-reliant growth. I have heard for the first time students talking about V O Chidambaram Pillai and his Swadesi Steam Navigation Company, Swami Vivekananda, Sister Nivedita and Tata. They also talk about RuPay card, digital transactions, ISRO, Vikram Sarabhai, Nambi Narayanan and space missions.

Here, it should be remembered that though Sarabhai and Homi J Bhabha may rightly be considered as part of the initial nation-centric technological vision of Nehru, the national discourse never gave much importance to their own contribution. No student talked about them in his or her Children's Day essay or elocution competition. India needed a Modi to bring the focus on them.

The reason for this difference is not hard to seek. Nehru's Children's Day was a reminder to Indians that he was a saviour from outside themselves. He was an outsider. The dynasty too has been the same — the perpetual outsiders. They visit foreign countries. They grew up in foreign countries. Their skin, as some of their own admirers point out with pride, is as fair as the westerners. Their tastes are Western.

So, if they decide to come down and sit with us and eat that would be shown as the great grace. When they give us toys and chocolates, it is seen as a great act of charity to us the brown-skinned deficient heathens. The Nehru rate of participation and growth became the greatest impediment in making India united with passion for development.

As against this Modi is one among us.

His tastes, his values, his life trajectory are all the same as that of ours. So he is not a saviour from above. He is a phenomenon from within. He inspires us not with the image of the last white man with our burden among us. But he inspires us because if he can then you and I too can. That is the message of democracy that he radiates. So, the children inspired by his mission, though they get inspired by his personality, go beyond his personality. They love India. They will serve in building a strong India.

Indeed, ‘Amrit kaal’ for India has dawned through the children of such ‘Amrit vision’.