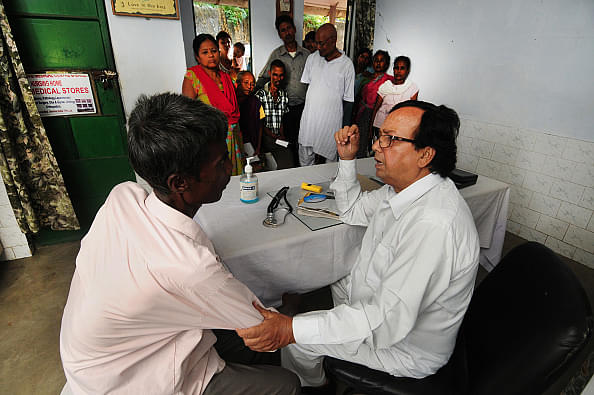 The Medical Council Of India (MCI) is one of the most corrupt state-run bodies in the country.

Here is anexample of its notoriety : A couple of months ago, the union governmententrusted NITI Aayog to prepare a report outlining the broad contours ofreforms in the medical profession. The government think tank has not onlyrecommended to scrap the MCI, and replace it with a completely new body, buthas also suggested not to hire any staff from the council for thenew body.

However, while engineering colleges proliferated, the number of medical colleges remained stagnant. By erecting high barriers for those trying to enter the medical profession, MCI has created a supply mismatch in the market. Mired in corruption from top to bottom, the statutory body hasn’t kept up with the times and has become sclerotic.

A need for its complete overhaul has been felt for long. The UPA government tried to move the needle a bit forward in 2010 by promulgating an ordinance to amend the IMC Act, but failed to bring the legislation in the parliament despite repeated efforts.

In this backdrop, NITI Aayog’s latest report, which also contains the draft bill to replace the IMC Act of 1956 is an important development.

The Aayog notes that currently the ‘regulated’ elects the regulators and hence there is a conflict of interest. It recommends that regulators should be appointed through an independent and transparent selection process by a broad-based search-cum-selection committee.

From input to output

The Aayog notes that the current input-based regulatory philosophy of the MCI has erected a high-entry barrier for education providers. The input-based regulation is largely based on an inspection regime, verifying an institution’s compliance to a pre-specified standard and focuses more on infrastructural issues rather than quality of teaching and learning outcomes.

The Aayog bats for a system overwhelmingly based on outcomes rather than inputs. It says that derecognition of institutions on non-compliance gives the regulator disproportionate and asymmetric powers. Instead of this, Aayog says there should be periodic publication of ratings of medical institutions so that students can make an informed choice.

It suggests moving from inspection raj to grievance redressal mechanisms. According to it, re-recognition should be the last option and should only be allowed after an institution, undeterred by fines multiple times, remains non-compliant with NMC directives.

It says that a common licentiate examination after the completion of undergraduate medical education should be conducted, passing which will be mandatory for a licence to practice and for registration in the Indian medical register. It shall also serve as the NEET for admission to the postgraduate courses in medical educational institutions.

The Aayog doesn’t recommend that NMC engage in fee regulation for private colleges because it could potentially encourage rent-seeking behaviour in NMC and a fee cap would discourage entry of private colleges.

NITI Aayog feels that fee regulation would in fact encourage the continuation of the underground economy consisting of capitation fees. However, it is also not for an entirely laissez faire approach and recommends that fees may be regulated for a proportion of seats (not exceeding 40 percent of the total seats) in private medical colleges.

For the rest, it says, colleges may be given full freedom to charge the fees that they deem appropriate.

The Aayog’s aim here is to provide for cross subsidisation from the rich to more meritorious but poor students.

NITI Aayog recommends lifting the current ban on for-profit institutions from establishing medical colleges. This is a commendable suggestion as many institutions are anyway making a killing illegally in the garb of trusts and not-for-profit companies.

Overall, the NITI Aayog committee has done a good job and the draft bill it has put out for public comments is impressive.

If implemented well, it could truly usher in the 21st century system for medical profession in the country.