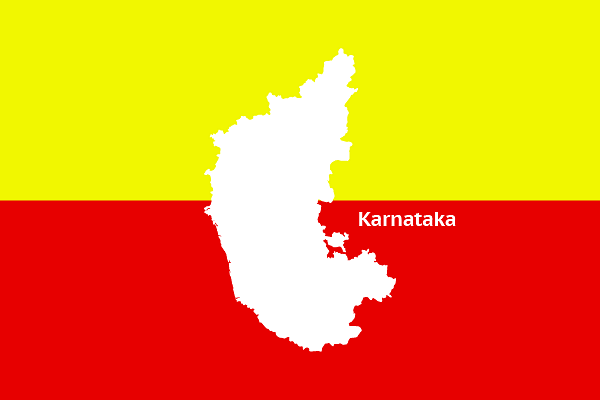 The elevation of Kumaraswamy as Chief Minister has stoked fears that southern Karnataka will be the focus of his administration.

If the acrimonious separation of Telangana from Andhra Pradesh is any indication, one would hesitate to back the renewed demand for a separate North Karnataka state. A movement headed by several seers of north Karnataka mutts has stopped short of pressing the demand for a separate state, though another organisation, called the Uttara Karnataka Horata Samiti, even attempted to unfurl a flag for the proposed state.

The demand for smaller states is unexceptionable in India, where many states tend to be very large and administratively cumbersome to manage. Moreover, intra-state cultural diversities and economic disparities give separatist ideas added momentum. In Karnataka, the elevation of H D Kumaraswamy as Chief Minister has stoked fears that southern Karnataka will be the focus of his administration. His recent budget did nothing to allay those fears.

Karnataka, with a current population exceeding 64 million, qualifies for a bifurcation, despite its deep linguistic unity. The state’s population is about the size of present-day France, and there are at least 200 countries in the world with lesser head counts than this prosperous southern state.

Culturally, the 13 districts that constitute northern Karnataka have had a different role in Indian history. These districts comprise parts of the old Mumbai and Hyderabad regions, and are moreover water-scarce and relatively underdeveopled compared to southern Karnataka. In theory, a separate northern Karnataka would find it tough to raise resources unlike Telangana, which managed to grab Hyderabad and its resources. North Karnataka would benefit from the resources that the rich Mysuru-Bengaluru belt can generate to subsidise its development.

However, the reality is that no prosperous state has really managed to lift its poorer regions out of backwardness, as is evident from Telangana’s performance outside Hyderabad before it was carved out of Andhra Pradesh. In fact, the prosperous parts of a state have a duty to set the bar for performance higher, since they have to lead growth in urbanisation and prosperity. Bengaluru and Mysuru should actually focus on becoming south India’s booming urban agglomeration through better urban governance and greater investment in their own infrastructure, thus providing work avenues for migrants from the poorer districts around them, including many in northern Karnataka. Metropolitan Bengaluru is being ruined by politicians who use the city as a milch cow for their own personal profit.

On the other hand, a new state with its administrative heart located closer to the centre of its own geography – possibly around Hubbali-Dharwad – will become a new node of growth in northern Karnataka. India’s future lies in rapid and sensible urbanisation, and not by getting one prosperous urban area to subsidise non-urban areas in the outlying parts of a state. Bengaluru will serve India best by challenging Mumbai and Delhi for urbs prima status, and not by being the milch cow for the rest of Karnataka. Northern Karnataka will benefit from a prosperous Bengaluru as well as by developing new urban hubs of its own.

Two conclusions should thus be drawn from this discussion.

One, there is a case for a separate northern Karnataka state purely on grounds of administrative convenience.

Two, this separation must be amicable, and not be driven by rabid intra-regional politics of hatred. The case of Telangana and Andhra Pradesh, where the bad blood between the two regions continued for long after the bifurcation, tells us what we need to eschew. The model should be the creation of Uttarakhand, Chhattisgarh and Jharkhand out of Uttar Pradesh, Madhya Pradesh and Bihar.

In order to enable this, the NDA government at the Centre should logically set up a new states reorganisation commission to address demands for separate states. Its brief should be to lay out a roadmap for how this separation should be achieved so as to benefit both states – the new state and the rump state. It should lay down criteria for regions seeking separate statehood, and discourage a free-for-all based on emotive logic.

India probably needs to have close to 40-50 states, with Tamil Nadu, Maharashtra, Uttar Pradesh and Karnataka being prime candidates for bifurcation or even trifurcation. We should also attempt to create purely city-states where they appear to be viable.

To be sure, there is the purely sentimental issue of a common language that needs addressing when splitting states. The truth is Kannada or Telugu will not lose out by having two states championing their cause rather than just one. If eight Hindi-speaking states can exist, so can two Tamil, Marathi, Kannada or Telugu-speaking states. But the issue needs sensitive handling, and the lesson to learn is that new states should not be created out of acrimony.

But the case for a new states reorganisation commission is getting stronger by the day.