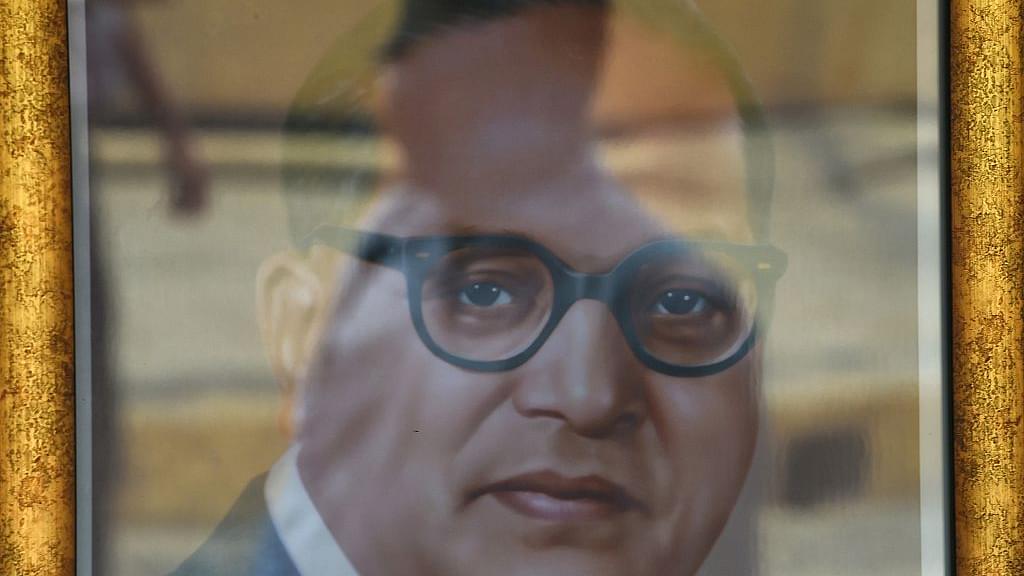 When writer and historian Ramachandra Guha spoke about the Indian ‘caste system’ at London School of Economics (LSE) last week, Isaac Asimov, that venerable old doctor of science fiction, had been dead for twenty five years. Had he been alive, Asimov would perhaps have been quick to point out the need to avoid such extraordinary self-flagellation.

At LSE, Guha said, “Caste system is the most rigorous, most diabolical system of social stratification ever invented by humans, and we, Hindus, invented it.”

Really? Did ‘Hindus’ invent the caste system? And is the Indian caste system “the most rigorous, most diabolical system of social stratification”?

A science-fiction short story that is over half a century old may be a strange place to look for a rebuttal to Guha’s pompous declaration, but it is apt. Strikebreaker, written by Asimov in 1957, deals with a future human society in a different planet where the practice of untouchability has arisen and an untouchable rebels against the system’s injustice, thereby throwing the small planet into a mighty crisis.

A sociologist from Earth, who finds himself in the midst of the expanding crisis, reminisces about untouchability in his planet’s hoary past: “Lamorak thought of the Untouchables in ancient India, the ones who handled corpses. He thought of the position of swineherds in ancient Judea.” With this one sentence, Asimov creates a crack in the attribution of caste as a unique institution invented by Hindus.

Strikebreaker later became part of an anthology titled Anthropology Through Science Fiction (St Martin's Press, 1974). Here, Asimov pointed out that a rigid caste system evolves in any society that has limited resources and limited mobility. Though the “caste system”, as colonialists called it, or the “jāthi system”, as Indic scholars rightly name it, may seem uniquely Indic in terms of the cultural specifics, the universality of the system can be seen throughout history, at one stage or another, including its “diabolical nature”.

Historian Kathy Stuart, who studies social stratification in pre-modern Europe, says that throughout the so-called Holy Roman Empire, “people belonging to the dishonorable trades suffered various forms of social, economic, legal and political discrimination on a graduated scale of dishonor at the hands of "honorable" guild artisans and in "honorable" society at large.”

The dishonourable professions were that of executioners and skinners. People who carried out such jobs “might be pelted with stones by onlookers, they might be refused access to taverns, excluded from public baths, or denied honorable burial.” Stuart also states that the “dishonor was transmitted through heredity, often over several generations...” (Defiled Trades and Social Outcasts: Honor and Ritual Pollution in Early Modern Germany, Cambridge University Press, 2006)

Traditional social stratification in the West was steeply pyramidal and seven-fold (as against India’s Varna system, which is four-fold). This classification, with its inherent concept of pollution through hereditary means, was also justified theologically.

The entry under ‘Labour’ in A Cyclopedia of Biblical Literature (1840) states that in Christian lands until nineteenth century, “the hereditary hewers of wood and drawers of water” were considered “doomed by Providence, if not primarily by the Creator himself, to a low and degrading yoke, and utterly incapable of entertaining lofty sentiments or rising to a higher position; to be restrained therefore in every manifestation of impatience, lest they should temporarily gain the upper-hand and lay waste the fair fields of civilization; and to be kept under for the safety of the society, if not for their own safety, by social burdens and depressing influences of disregard and contempt.”

In other words, the birth-based multi-layered institutions of pre-modern Europe were supported by Christian theologians and lawmakers. This does not make Christianity, in the eyes of modern scholars, a supporter or inventor of a “diabolical” system.

However, with Hinduism, a different yardstick is used.

Interestingly, the nineteenth-century writer of that entry compares serfs and slaves with the pariahs. But as leaders of the scheduled communities have repeatedly pointed out, Paraiyars (anglicised as Pariah) enjoyed great privileges and ritual respects in Hindu society, most probably till the advent of colonial times. Sure, there were social upheavals in which communities were tossed from greater positions in society to lower ones and vice versa. But, in the Indian context, the communities’ share of power and resources were largely more democratic than diabolically oppressive as Guha claims. For instance, an eighteenth-century Italian missionary, Constantine Joseph Beschi, in his satire against Hindu gurus records how the Atheenams, or the Saivaite pontiffs, always went to the Valluvars of the Paraiyar community to conduct any auspicious event. Beschi was not just not horrified by the practice of untouchability, it even seemed natural to him. He weaved it into his theological arguments for evangelism:

Is it possible for a washerwoman, a Panchama woman, picking over oysters (sic) in the paddy field to explain the Chintamani or discuss the Tholkappiyam? Is it not proper that the Scriptures like a tank of drinking water should be guarded from the pollution of the unclean and the casteless who shall instead be served with a potfull by the guardian Brahmin?

Interestingly, the Hindu tradition is replete with instances where such upper-caste hegemony and prejudice against the ‘lower’ castes are continually challenged. Maha Bhakta Vijayam, a popular compilation of Vaishnava devotees cutting across caste lines, as well as Periya Puranam are essentialist Hindu responses to movements of social stagnation.

Beschi’s is not an isolated case. It typifies the missionary attitude towards caste and also reflects the European social milieu. Far removed from Tamil Nadu, Bettiah mission was operating in West Champaran district near the Indo-Nepal border. Capuchin friar missionaries had published an evangelical tract that was a fictional dialogue between a Hindu and a Christian. Unlike the Christian tracts much later that attack the caste system as exclusively Hindu and evil, this dialogue reveals Christianity’s support for the system from a Christian theological perspective.

The Hindu asks the Christian, if there is only one birth, then how is it that one person in born in an upper-caste family and other in a lower. Indologist David Lorenzen writes: “One would think that the Christian… would insist that all men have equal rights to salvation. Instead Giuseppe Maria (missionary author of the tract) has the Christian offer a defence of social inequality and hierarchy based on the fact that society needs an unequal division of labour in order to function.” So the Christian missionary answers the question asked by the Hindu: “If all were Brahmins then who would do the work of artisans? Similarly, if all are artisans, then who would give work to the artisans? If everyone were equal then one would not serve another. … For this reason, if all men were equal, then the world would become greatly confused. … And no one would be a judge and make justice.” (David Lorenzen, Europeans in Late Mughal South Asia: The Perceptions of Italian Missionaries, Indian Economic & Social History Review, 40, 2003, pages 1-31)

So while colonialists both justified and later opposed jāthi, seeing it through the lens of their pyramidal social stratification, it is the horizontal distribution of both sacred and secular power among all sections of society that distinguishes Hindu Varna-Jāthi system from its Western counterpart. Hindus, in fact, invented the Varna system. It provided a worth-based matrix to the birth-based jāthi system. Perhaps, when it originated, it would have been the only social system in the world that was more worth-based than birth-based. It served to check and control the ill effects of the birth-based system of privileges and disabilities.

Even B R Ambedkar noted the diametrically opposite nature of Varna and jāthi:

The caste system in the West disappeared only with the colonial expansion of the West. With power over natural resources of three continents, namely Africa, Americas and Australia, and with inflow of slave labour, which was subsequently replaced by indentured labour, mainly from India, the abolition of caste system was easier. Now untouchable communities like the Cogots are a distant memory for the West.

In the case of India, caste system became rigid in the nineteenth century as resources started draining through colonialism. One needs to add to this the colonial efforts to freeze castes through census and efforts to create as much division in the society as possible through essentialising of the communities. Thus, the British created out of Indian communities martial races and criminal tribes. Such fixed essentialising of community characters was largely, though not entirely, absent in the Indian narrative.

So, for an anthropologist with a deeper vision, what is that which makes Indian caste system distinct? There is not a single instance of mass movement in Christendom that spoke for these voiceless people of “dishonourable” trades. Martin Luther, the great reformer, took pride in saying he was instrumental in the massacre of peasants. There is not a single traditional Christian Saint who spoke against the treatment meted out to European untouchable communities, though they did exist. But what distinguishes India is the constant voice of spiritual emancipation which was raised for the marginal communities in society – and often helping communities break the shackles in the process.

Systems of hereditary social stratification can evolve anywhere in the presence of appropriate social conditions. In India, it is called jāthi tempered by Varna, which as Bhagavad Gita points out, is based on swadharma, according to Krishna. Arjuna, in his confusion, mixed it up with kuladharma and jāthi.

So Hindus can forfeit the notoriety heaped on them by Guha. Hindus neither invented the ‘caste system’ nor made it the most diabolical. Many such systems have thrived across the world in the past. Yes, a great deal of injustice has been committed in the name of caste – and that needs to be corrected. But let us also remember that several reform movements have arisen from within the Hindu fold to do just this.