Post-Babri Violence Saw A Wave Of Hindu Exodus From Pakistan: Ram Temple Is A Closure For Such Hindus Too 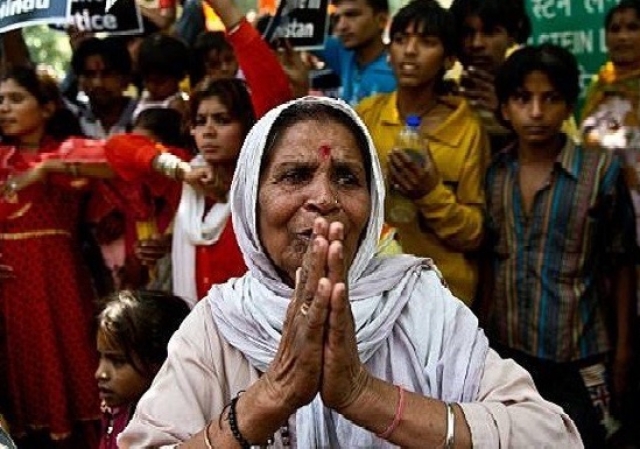 Less than a kilometre from his house in Nawabshah city of Shaheed Benazirabad district in Pakistan’s Sindh province, a Muslim mob arrived at a Hindu temple chanting slogans against Hindus and Hinduism. They vandalised it and threw framed pictures of deities on the road. The mob swelled after locals join in and, together, they set fire to Hindu shops in the area.

Sant Ram, then a 24-year-old youth, locked himself and his family inside the house, trying to figure out what had happened.

The family soon learnt that a mosque in India had been razed down by a Hindu crowd the previous day.

At least 30 Hindu and Jain temples were attacked across Pakistan in response. Some were razed by bulldozers, others were burnt. “Crush India”, “Death to Hinduism”, “The only solution for Hindus is a holy war" – the mobs chanted.

The Pakistan government closed offices and schools for a day in protest against the mosque demolition.

“The [Pakistan] government gave a free hand to goons, even assisted them in attacking Hindu temples and shops. Not even a single man got punished for the violence,” says Sant Ram, who shifted to India in 1995.

Around 70,000 Hindus fled to India after the Babri demolition, well-known Pakistani Hindu activist Hindu Singh Sodha told this correspondent over the phone. Currently a resident of Jodhpur, Sodha has been living in India for three decades and runs an organisation called ‘Seemant Lok Sangathan’ for rehabilitation of Pakistani Hindu refugees in India.

“It was the third wave of exodus of Hindus from Pakistan to India since Partition, the first two being 1965 and 1971,” he says.

The third wave was different than the first two. “Until 1971, the border between Pakistan and India at Rajasthan was largely porous. Hindus could come, gauge the situation and decide to stay or leave. But post 1971, the borders were sealed and the only option left for Hindus post-Babri was to travel to India on a valid passport,” he says.

This means that those who had decided to make a permanent shift to India, had to get passports made, sell-off their properties in Pakistan and obtain a tourist or pilgrimage visa to India. This, obviously, took time. The exodus took place over a period of several years.

Sodha says around 45,000 migrants came and settled in Jodhpur alone.

One of them, Rana Ram, came after his wife was abducted by Muslims. “Though the practice of abducting Hindu women is not new in Pakistan, it intensified after Babri. Indeed, it became commonplace. Rana Ram’s wife was kidnapped, converted to Islam, and her nikahnama with a local Muslim was handed to her family. Rana Ram managed to get his children back from the clutches of the abductors and shifted to India,” says Sodha.

For Sant Ram, the decisive moment came in 1994. A restaurant familiar to him gave him a bowl of vegetarian curry with cow meat mixed in it. Sant Ram would have consumed it had a waiter not alerted him.

“While my house was in Nawabshah city, I was employed in a village some 125 kilometres away. I would visit my house only on weekends. This restaurant was near my workplace and owners were quite familiar to me. It was a Muslim-run restaurant, of course, as is the case with most businesses there.”

“One day, a waiter – he too was a Muslim and also quite familiar to me – came to my table and, while rubbing the surface clean, informed me quietly that the curry had juice of cow meat mixed in it. He said I should refuse the curry citing digestion issues and instead request for dal because he was sure it was clean.”

A stunned Sant Ram sat still and quiet for a long time. Is that what it had come to for Hindus?

Sant Ram had been noticing but ignoring the increasing hostility towards Hindus after Babri, but that day, he decided to make the big move.

He sold off his share of the property, got passports made for the seven members of his family including himself, and came on a pilgrimage visa to India. He arrived in Jodhpur on train, and made the road journey to Uttar Pradesh before settling down in ‘Pakistani mohalla’ of south Delhi’s Asola Bhati Mines area. Residents estimate that around 100 families stay in this colony largely made up of jhuggis and tents. Sant Ram runs a small grocery shop.

Residents are well aware of the grand pujan ceremony scheduled in Ayodhya today for construction of a Ram temple on the same land on which Babri mosque stood. India’s apex court recently awarded the title of the land to Ram Lalla, ending over a hundred-years-old legal dispute.

The decision vindicated the stand of Hindus that the Babri mosque was built by invaders after pulling down an existing Ram temple. Hindus believe the site is the birthplace of Lord Ram.

Despite the violent backlash in Pakistan, residents support the demolition.

Fakira Ram, a 70-year-old resident of the mohalla, told this correspondent that within a week of the demolition, Hindus in Pakistan had learnt that the site was Ram janmabhoomi.

“The Pakistani media did not tell us that, but our community members did. We would meet in the evenings and discuss the issue. We were all unanimous in our take that the site deserved a Ram temple and not a mosque and the demolition was right,” he says.

Ram is as much of a revered deity among Pakistani Hindus as much among Indian Hindus, says Sodha. “Even though Hindus there aren’t used to public display of their religion or culture – they even give Muslim names to their children in order to escape attention – ‘Ram Ram’ is a popular greeting within the community,” he says.

Fakira Ram rues there is no television in his neighbourhood to watch the ceremony. The residents usually catch major events on the phone later. His son Kashmir Singh, who is awaiting citizenship, says he would visit Ayodhya when he is allowed to travel within states.

Fakira Ram chides Kashmir for planning a solo trip. “You have to take me along,” he says and bursts into laughter.