Power For All Households: Why The Naysayers Have Got It Wrong 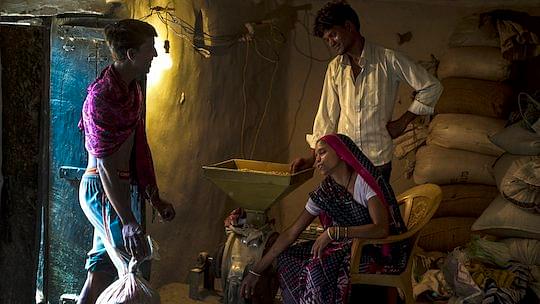 Rural electrification has been a top priority for the Narendra Modi government since August 2015. Prime Minister Modi announced in his 2015 Independence Day speech that the government was committed to electrifying all un-electrified villages as on 31 March 2015 in the next 1,000 days. There were more than 18,000 such villages at that time, which had no access to power.

A natural assumption would have been that un-electrified villages would primarily be located in hostile terrain - in forests, or atop mountains, or perhaps in insurgency hit areas of North East and Eastern India. Reality of power availability was however harsher. Villages in states like Uttar Pradesh and Bihar - barely a few kilometers from their state capitals were living in the dark ages.

All this began to change in 2015 when the Union Power Minister Piyush Goyal launched several measures to ensure that the Indian power sector left the shortage and resource-constrained mindset. One of the several initiatives in the sector was to target the electrification of these 18,000 plus villages in a time-bound fashion. The Deendayal Upadhyaya Gram Jyoti Yojana (DDUGJY) was launched by the government towards this goal.

When Is A Village Considered Electrified?

An interesting question is what constitutes rural electrification in the first place. The central government has always had a guideline on this subject. From the DDUGJY website.

Starting 2004-05, there have been quantitative as well as qualitative guidelines of declaring a village electrified. Since multiple agencies had been involved in various rural electrification drives, there was always a question mark on whether these guidelines were being met in totality or not.

At the start of the fifteenth plan in 2012, then government also issued another guideline asking implementing agencies to provide free connections to the Below Poverty Line (BPL) households and specifically focus on the Scheduled Caste / Schedule Tribe households, tracking their electrification. This guideline is also available on the DDUGJY website:

At no stage in the last 20 years when rural electrification work started, there was a conflation between 100 per cent household electrification before a village could be deemed electrified. The reason is not too difficult to fathom.

As the power sector is organised today in India, getting electricity infrastructure to a village is the job of the government, whether a central or a state public sector unit executes it. Once electricity is available, it is up to the consumers to pay for the meters, install them, and use power paying for what they are using. The BPL households got targeted subsidies, but if a household was deemed above poverty line, it would have to pay in full for the meter installation as well the ongoing power usage.

When the Modi government created the 1,000-day electrification target, it emphasised three things:

-Creating a set of Gram Vidyut Abhiyantas, whereby central government employees will audit the progress of electrification in every village to ensure that the guidelines were adhered to and incorrect data reporting by central and state agencies could be checked and corrected

The first two steps have goaded various implementation agencies involved towards full accountability before they declare a village electrified. Where the discrepancies have crept in and highlighted by the media, like in a few cases in Uttar Pradesh last year, the central government was quickly able to audit the data bottom-up. In fact, almost 1,450 villages in Uttar Pradesh were audited for data correctness and actual electricity consumption patterns when the then chief minister Akhilesh Yadav objected to the Prime Minister naming a particular village as electrified in one of his speeches.

The GARV app started bringing that transparency on demand to anyone who wanted to see. The first edition of the app had information about each of the 18,000 un-electrified villages and the progress made. The progress was broken down in 12 steps right from the project start till the time a sub-station is commissioned.

The GARV-II app has taken this transparency to the next level. The app now allows tracking electrification data at a household level of reporting - including the ones in the already electrified villages too. The second version of the app has added statistics from across the country and has an excellent drill-down mechanism.

One can go from a state level aggregation to the aggregate households in a habitation in a village in a few clicks:

Finally, the app has the details of the responsible person for the progress of the electrification work, including a cell number and when the last updated data was reported from the field.

Of The Electrified Villages, Only 8 per cent Households Are Fully Electrified

As the Modi government completed three years in office on 26 May, Indian media was agog with articles on progress of various programmes, including rural electrification. A particularly ‘well researched’ article which was picked up by every national newspaper, and shared on social media by senior journalists and opposition leaders, made a claim that of the 13,500+ villages declared electrified by the government, only 8 per cent had achieved full household electrification. This article — supposedly researched meticulously - then of course made it sound like the rural electrification programme was shallow, thus morphing into a political stick to beat the government with.

The following data is publicly available:

Those who shared the article with scathing critique of the ‘inflated claims’ of the government did not realise this — the government publishes this data itself, in near real-time on GARV app. Yes, the “8 per cent villages of the 13,500+ electrified villages have achieved complete household electrification” data is absolutely correct.

The unsaid part of the story however is the following:

100 per cent household electrification is not a pre-requisite for a village being termed electrified.

The current definition of village electrification, applicable post 2013, is the most stringent since the program began in 1997.

The application of stringent definition is actually being tracked — not just by the government, but by anyone who has the technological wherewithal to download an app and be technology savvy enough to make a few clicks on the app.

So Will India Ever Have 100 Per cent Household Electrification?

This is what the current government is planning differently — it is actually chasing a 100 per cent household electrification target, not just getting power cables to the villages. The government has signed Memorandum of Understanding (MOUs) with all union territories and states to provide 24x7 power to all. The ‘all’ here connotes all households. Under this programme, the centre will clean the supply side - fuel linkages, fuel availability, infrastructure and transmission, while the states will have to clean up the demand side — distribution, city and village last-mile infrastructure, improving operational efficiencies and running power distribution like a proper business, not a subsidy and debt laden operation.

The progress of this initiative can be tracked online on GARV, but that covers the supply side work — what the central government is doing. Even now, the states which have adequate power available aren’t able to supply 24x7 power to everyone because the city infrastructure is creaking - transformers burn down, cables get blown in dust storms, and power thieves redirect the power supply away from the rightful, paying customers. That’s the behavioural and law and order change the central government expects the state governments to enforce.

So Is Rural Electrification Data Overstated?

Far from being overstated, the rural electrification data is now transparent and measurable enough to be acted upon with precision and certainty.

For those propping up 100 per cent household electrification constraint to village electrification completion, here’s a simple thought experiment. So simple that even those in the Indian mainstream media should be able to understand — not every house in Mumbai has power. These are ‘households’ living on pavements or in slums. So should we call Mumbai un-electrified in line with the objections raised in the above-referenced article on rural electrification? Clearly, the answer is a resounding No — irrespective of whether the answer comes from a common sense understanding of the situation or from mainstream media headlines.

In the true spirit of federalism, all Indian states should come together and help in meeting the 2019 deadline for ‘24x7 power for all’. This will require grit and commitment by state governments — they have to stop power thefts and ensure that the rule of law prevails. This is easier said than done, just like rural electrification conundrum is easier questioned than understood. But since Indian politicians generally have a better sense of survival and accountability than Indian mainstream media, there’s hope.

What even the politicians don’t control is this — if in 2019, the electrification targets are met, but someone still wants to bring the 100 per cent household electrification constraint in play, they simply have to disconnect their own power connection and then blame government for not meeting the targets! Dark Ages make for great headlines — those fascinated by the darkness can always manufacture it, in this case literally and metaphorically.

Everyone else can just use the GARV app and make up their minds.