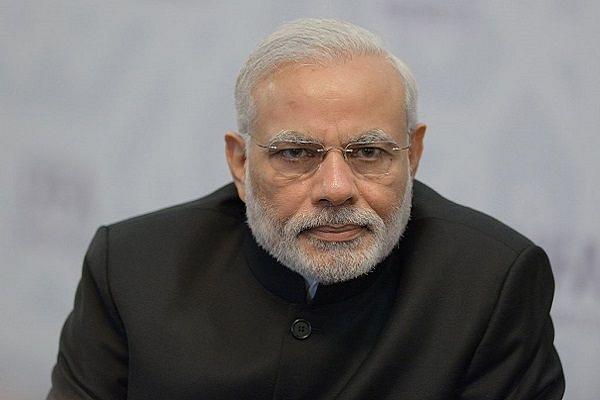 There has been a significant focus on India’s rising importance in contemporary global political matters, as the world looks up to India as a partner on a wide array of issues. Multiple factors are responsible behind this shift in stature.

In just five years, India has shown a more confident and proactive approach towards shaping global policies and the increase in global stature is a product of this approach.

It is this confident and proactive approach of the Indian government towards global politics that is responsible for India being able to garner support from most countries after the Pulwama attacks. It is well known now that the global diplomatic community recognised India’s legitimate right to defend itself, as India undertook a non-military strike at a terror camp inside Pakistan.

This is in stark contrast with the events that transpired after 26/11 where the global community was nudging India towards a dialogue with Pakistan, as India repeatedly sent dossiers to our neighbour in anticipation of an action against terrorists.

Sadly, there was no action back then. India gave Pakistan proof even after the Pathankot attack as an opportunity to demonstrate its willingness to work against terror. Yet again, Pakistan squandered away the opportunity and the Indian government post the Uri attack had to eventually respond by a surgical strike.

By the time Pakistan’s prime minister requested for evidence after the Pulwama attacks, the Indian government had already made its stand clear, that the defence forces will respond appropriately to unprovoked aggression.

This is a formal recognition of the fact that for far too long, India has been at the receiving end of terrorism that is provided a safe harbour in Pakistan. A major reason behind this is that India has started playing a proactive role in multilateral agencies and international forums. Most nations have expected India to play a leading role during such negotiations, but successive governments had avoided it as we feared it may upset some of our allies and certain global powers.

A consequence of this departure from previously stated foreign policy since non-alignment days, has resulted in India forging closer ties with our allies while many other nations have started to view India as a key strategic partner in their development journey.

There is a shift towards the notion of a ‘natural alliance’ based on shared principles and values, a cultural history and common challenges. This has resulted in India forging a new kind of alliance with multiple countries across the globe.

For instance, the International Solar Alliance, is one such endeavour, where India brings together 122 countries on a common forum with the agenda of ensuring energy security while simultaneously reducing the dependence upon fossil fuels. Another good example would be the strong ties that India shares with Israel which are derived from a common strategic interest in the Middle Eastern region or the alliances with south east Asian countries that have historically been close allies of India. Most of these alliances find their merit in heterogeneity of its members.

Some partnerships are with high income countries while others with medium or low-income countries. The formation of such alliances is no longer based on the ‘North’ versus the ‘South’, as international relations and forums have started to be more heterogenous.

The new alliance is unlike a conventional alliance or a group of countries as this is based upon shared strategic interests, which implies that in multi-lateral negotiations, the stand taken by most of these countries is common.

A key aspect behind this tectonic shift in global diplomacy is India’s recent push to engage with our diaspora much more effectively and regularly. Prime Minister Narendra Modi has himself held several meetings with Indians abroad and he has channelised his visits to act as a branding exercise for ‘Brand India’. This marketing strategy has surpassed the expectations of most analysts as India witnesses record foreign direct investment (FDI) inflows since 2014.

Additionally, for countries where India does not have active partnerships in the areas of economic association, cultural relations or defence partnership, the common challenges such as energy security or the threat of climate change align together a series of mutual interests that are then pursued by the Indian government. Therefore, effectively we are forging close relations with countries in one area with the intention of furthering our partnership in other areas of mutual interest.

A strong economy is, however, a small aspect of soft-power potential. A major change has been in acknowledgment of the fact that India had historic strong ties with several nations in the south east and south Asia region. These ties were routed in the strong cultural and trade ties that existed between the people of the two regions. The Ministry of External Affairs and the Prime Minister had advocated for an Act East Policy, which can be seen as a mechanism to use the historical ties as a catalyst for forging strong future partnerships.

The Ministry of External Affairs under the leadership of Sushma Swaraj has had a significant role to play as India stepped up its diplomatic efforts and tried to foster closer and peaceful ties with all nations across the globe.

Indian government has always formulated policies based upon ethics and morals since ancient times and when the Yemen crisis occurred, Indian government upheld these values as it undertook a massive operation to rescue Indians stuck in the active war-zone. In those operations, India also extended its help to several other countries that requested for assistance thereby showing that India is willing to play a larger role in global matters and is always willing to assist as and when a crisis occurs.

India’s new approach towards its foreign relations is a multi-dimensional one with the view that relation with different countries should lie in the broad and mutually exclusive categories of cultural, strategic and economic interests. A good example of this could be India-US’s relations as we continue to have our strategic and regional interests aligned despite disagreements regarding free trade and reciprocal tariffs.

This view is important, as India may have a strong cultural and economic partnership with certain nations, but it may not have any strategic partnership just yet. This multi-dimensional view of relations with other countries has led to the understanding that diplomatic relations may not always be a zero-sum game and it is this understanding that is propelling the growth of our soft-power potential across the globe.

It is this renewed understanding backed by India’s willingness to play a larger role and engage more frequently with other nations that has enabled the Indian government to formulate a new normal in India’s diplomatic relations.

This new normal has a confluence of India’s historical and cultural ties combined with strategic and economic interests, which are shaping up the formation of a ‘natural’ alliance between key countries across the globe. This new normal combined with India’s hard stance on its national security will act as a strong deterrent against other nations that until now conveniently utilised unconventional strategies to create unrest in India.