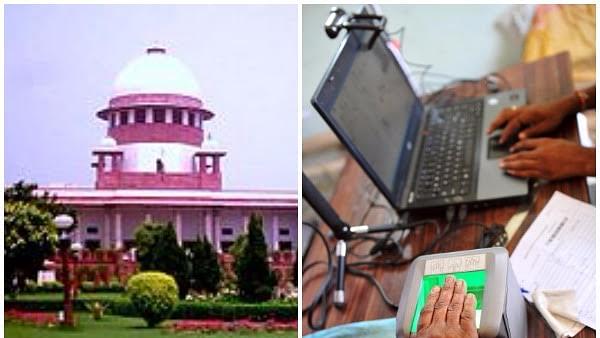 The Supreme Court of India declared privacy as a fundamental right.

A nine-judge Supreme Court bench headed by Chief Justice of India (CJI) J S Khehar has done well to declare privacy a fundamental right under Article 21 of the Constitution. This overturns two previous constitutional bench judgements, which failed to uphold this right on the ground that it was not directly mentioned in the Constitution. This judgement corrects a serious lacuna in the statute-book, but one can’t blame the framers of the Constitution for this gap as privacy was hardly a central concern for anyone anywhere in the world at that time.

However, it would be foolhardy to jump to any conclusion about how this will impact various segments of society, including those who use Aadhaar for accessing government subsidies and benefits. Article 21 guarantees “protection of life and personal liberty”, but also adds that this right can be breached, in some cases, by any “procedure established by law”. In short, like any other fundamental right, the newly-established fundamental right to privacy is not going to be absolute. Government will have the ability to justify its use of Aadhaar in many schemes, though it could conceivably lose some cases.

If Article 14 (right to equality) or Article 19 (right to free speech) can often be effectively rendered ineffective by putting in many exclusions, it is hardly likely that the right to privacy will be absolute.

In fact, even as we wait for the details of the Supreme Court judgement, one can point out that the impact will not be restricted to government alone, but will extend to all private parties holding customer data, from Google to Apple to various Chinese smartphone companies, to banks and ride-hailing companies like Ola and Uber.

If the right to privacy, which governs private players in the West, has not constrained their growth, it follows that there are ways of obtaining citizens’ consent to use private data for profit or public purposes.

The existence of strong privacy laws in the West has not prevented people from voluntarily sharing their personal data on the assumption that they are getting something in return, whether it is free email, or storage space or discounted offers on some products or services. In fact, the agreements you sign before you accept these services are so detailed and cumbersome, that most people just tick the “I accept” box without reading the whole list of terms and conditions.

Put simply, it means that by merely making Aadhaar easy to access, ensuring its wide acceptability for know your customer (KYC) purposes, and making it optionally available to everyone, most citizens will probably sign on. In any case, making it mandatory for obtaining subsidies will become the norm despite the judgement, while making Aadhaar compulsory for filing tax returns has already been upheld by another Supreme Court bench.

A vicarious government can shove Aadhaar down our throats by simply making the procedures and acceptability of kinds of KYC documentation more difficult to obtain and use. On the positive side, even assuming future judgements strike down the linkage of Aadhaar to subsidy benefits or tax returns, there is nothing to stop a government from incentivising people to link their accounts to the Unique ID by offering extra sops – a small tax rebate, a one-time extra subsidy, etc. What Google can do, governments can do even better.

Thus, while the Supreme Court judgement is symbolically important, its implementation can easily be stymied by bureaucracy, or finessed through other laws.

Broadly speaking, privacy is a non-issue for the poor, but a big issue for the rich, who may worry about their financial data falling into the wrong hands. But the rich leave more financial footprints in whatever they do, and governments can get them to heel by triangulating data that it already has on tax payments, property ownership, purchase of high-value goods, foreign trips, etc.

However, there is little doubt that we will need a new law to implement the judgement, since guidelines will have to be laid down for all kinds of public sector and private sector players, who collect citizen data as part of their normal business activities. Without a detailed law, it is not even possible to enforce any form of privacy protection.

At the very least, the biggest impact of the judgement will be on corporations and government departments, which now must invest more to keep data private.

We need to see the shape of this new law, which will need to be enacted by Parliament, before we know how the Supreme Court judgement will address privacy concerns.

Until then, we should celebrate the fact that privacy is at least considered an important right for citizens, however much it will be breached in practice.