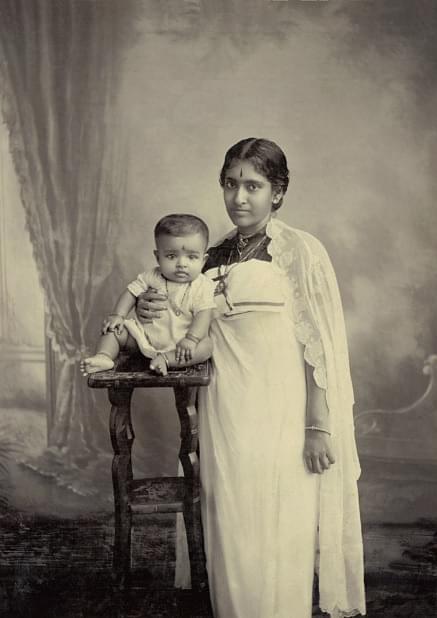 Manu S Pillai looks at the life and times of one of Travancore’s most forward looking rulers – Sethu Lakshmi Bayi.

Right from the onset of her reign, Sethu Lakshmi Bayi had been uneasy with what she perceived as a lack of enterprise and initiative in her people. It was one thing that the British exploited India and confined its economic potential to two principal functions, namely the supply of raw materials to their industries followed by the consumption of resultant foreign manufactured products. But even within these limited parameters, there were spaces that resourceful Indians could fill and capitalise to their advantage. Since the First World War, for instance, demand for rubber had been on the rise, and cultivation of cash crops were giving substantial returns to agriculturists.

The Syrian Christians, famously ‘dynamic and flexible’, paved the way in making use of these opportunities, but the old-fashioned Nairs, who controlled most economic resources, looked down at unconventional agriculture and commercial undertakings with ‘lordly disdain’. Ensconced within the bubble of self-sufficiency provided by their (rapidly diminishing) ancestral holdings, they sneered at trade and anything involving ‘vulgar’ notions of profit…What this feudal mentality blinded the Nairs from, however, was that the winds were blowing in a new direction now, portending the speedy demise of their inherited financial security. And unless viable alternatives were found, and they dispensed with what an early nineteenth-century diarist called ‘the most exalted notions of their own nobility’, they would all be left high and dry.

While Travancore was one of the most prosperous states in India, its economic circumstances were unsound in the long run. It relied for most part on an agro-based export system that worked perfectly so long as industries in Britain demanded its raw output. In other words, it was a system that gained by complying with the colonial formula, never seeking therefore to overcome it even marginally.

And naturally, then, wealth generated from its foreign trade, which in 1927 stood at a handsome Rs 17.5 crore, was quickly expended in the consumption of imported goods instead of being invested in profitable new endeavours; that same year the government revealed that while imports of rice, salt and other primary goods was slowly declining, demand for motor cars, foreign liquor, garments, tobacco and other such luxury items was on the rise. While, for example, 17,928 gallons of liquor were brought into the state in 1925, only two years later it jumped to a staggering 28,357 gallons, demonstrating precisely how Travancore was spending its money.  Capital accumulation was abysmal, and people remained content with shipping preprocessed agricultural output abroad instead of manufacturing and creating capital and wealth indigenously…

Even great families were perfectly happy to hoard ancestral riches than to invest them gainfully by welcoming minor insecurities. Sethu Lakhmi Bayi’s hopes, therefore, were to bring about a transformation in this conventional approach to economic matters. While official policy towards plantations and attendant transfers of land were reviewed, the Maharani also turned her focus to developing the primary sector. For one, since the export-led income of the state was dependant on agriculture, it was pivotal to sustain its prosperity in the foreseeable future. In addition to this, 50 per cent of the population subsisted on agriculture, and their interests needed to be improved as well as secured.

The Ezhava community and its rising clout were living proof of the importance of this. Traditionally cultivators of coconut palms, they suddenly found that the demand for their produce had multiplied due to manufacturing needs in the West. While earlier they supplied to feudal masters, by 1922 copra exported from Travancore was worth over Rs 1.2 crore in the global markets, incomes from which reinforced the rising political and social leverage of their community. Setgu Lakhsmi Bayi realised that economic independence was the only sustainable formula for social change among the quarrelling classes of Travancore. And since agriculture was the principal economic activity, steps were taken to enhance growth there.

The results were admirable, especially in certain critical spheres. One of the most compelling successes of the Maharani lay, for instance, in the development of credit facilities. This enabled thousands of families to progress from mere subsistence farming into commercial agriculture, boosting incomes, standards of living and the socio-economic prospects of their children, who were able to afford more promising futures and come into their own politically as well.

Banking as an organised business had taken off in Travancore under a handful of prominent Syrian Christian families in the late nineteenth century. These initiatives were all registered as joint stock companies, and in 1900 there were twenty-six such ventures in the state, including non-banking concerns. Nearly twenty-five years later the figure rose to only 134 but the most extraordinary progress was yet to come. For it was after Sethu Lakshmi Bayi came to the helm that the number of joint stock companies began to multiply at an unparalleled pace, reaching a record 653 by 1931. Their paid up share capital totalled Rs 1.76 crore while working capital stood at an impressive Rs 2.7 crore. The vast majority of these companies (at 529) were engaged in banking and insurance services, catering to farmers and local cottage industries. While few could be credited as ‘big’ enterprises, they were, nonetheless, legitimate and strong enough to ‘withstand even the severe shocks of the Great Depression’ that would commence in 1929.

The Maharani was, in fact, remarkably cognisant of the long term and many of her contributions were oriented towards setting the stage for crucial future happenings. This far-sightedness previously manifested itself in her endorsement of the Cochin Harbour Scheme, which proved to be a great success. Similarly, her resolution of the Vaikom Satyagraha became a historic prelude to the even more momentous Temple Entry Proclamation a decade later.

While these were some of the more significant examples of her visionary pre-eminence, there were smaller instances too where she rose to tackle specific issues, paving the future path for critical developments. One pertained, for example, to a dispute between the government and the aforementioned Kannan Devi Hills Produce Company.

For twenty years before she came to power, the two sides had been locked in acrimony over water resources inside the hilly tracts leased to the latter. The company claimed unabridged rights to all the water passing through its property, including that of generating power. The government, however, was prepared to recognise rights only for ordinary purposes (irrigation, cultivation etc), claiming authority to charge a recurring fee for any other use. The two sides sparred bitterly until the matter reached an impasse that lasted decades, which is when Sethu Lakshmi Bayi came to power.

The Maharani instructed the Dewan in 1925 to commence fresh negotiations with the company, and what had been a generation-long deadlock was settled to mutual satisfaction within the year. And early in 1927 Mr Watts [the Dewan Maurice Watts] announced that the company recognised ‘without qualification’ Travancore’s rights over the disputed water, agreeing also to pay a royalty for every unit of power generated from it. They also withdrew a previous claim that only they had a right to set up a power plant, with the result that the state was now in a position to build a hydroelectric station in the hills, ‘if and when the need arises’.

In other words, the Maharani successfully cleared the path for the establishment of the state’s first power station. And indeed when the first Pallivasal Hydroelectric Plant was opened in 1940, Sethu Lakshmi Bayi would look back with satisfaction at having persuasively closed that old battle with the company, something her uncle had failed to do, without which the project could never have taken off, delaying the desperately needed supply of electricity for the industrial advancement of Travancore.

(Excerpted with permission from The Ivory Throne: Chronicles of the House of Travancore, HarperCollins India, Rs 699)