Shyam Benegal Committee’s Recommendations Might Make The Censor Board Worse 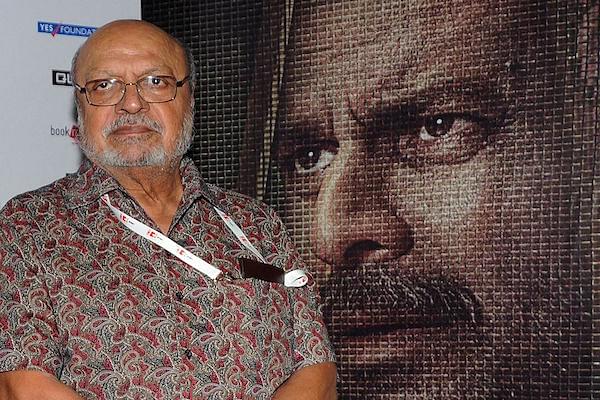 The committee headed by multiple award-winning Indian director and screenwriter Shyam Benegal, which was instated to reform the Central Board of Film Certification (CBFC), has made some seemingly liberal recommendations.

Chief among them are, taking away CBFC’s ‘power’ to censor films, adding more categories to the existing three (U, U/A, A), and denying certification if the rating asked for is too mild for the actual content in the film, or if the film in question contravenes the ‘sovereignty and integrity of India’.

Before I explain why the Benegal committee’s recommendations are not good for the CBFC, it’s necessary to understand how the Board works in the present.

Currently, any filmmaker can submit their films to the CBFC and receive a list of modifications that they can make to get a rating of their choice. When the CBFC doesn’t want any changes, the filmmakers get a certificate immediately.

While this system is censorious, it is worth noting that it is infinitely more transparent than film certification boards in other Asian countries like China, or even the United States’ (US) Motion Picture Association of America (MPAA), where no information is made available on the censors’ deliberations on a film.

In India, lists of recommended cuts are readily available for both the filmmaker and the public to scrutinise. They are even provided on the Board’s website, and can be accessed by filing a Right to Information (RTI) application. The CBFC is surprisingly rarely credited for its transparency, as critics overlook it and focus instead on how unnecessary it is as an institution, or to lambast individual chairpersons heading it.

This power — of transparently suggesting modifications — will be taken away from the CBFC if the Benegal committee has its way. In the absence of this power, the CBFC will, in all likelihood, simply refuse to give certificates to films that they believe need to be edited to get a rating of the producer’s choice.

Benegal panel’s recommendations allow for this to happen. The committee says that a certificate can be denied to a filmmaker if a film crosses the ‘ceiling’ of content acceptable in the desired rating. Based on precedent, it is safe to say that where exactly this ceiling stands will be a matter of fierce disagreement among the Board’s members.

Realistically speaking, the CBFC will continue working with filmmakers to create an acceptable edit of the film for public exhibition. But this time around, it will be at the expense of transparency. Nobody will know what scenes were removed.

Filmmakers will also be put under a legal gag until the certification process of their films end. Under a regime with Benegal’s recommendations, and the double whammy of not being able to talk publicly about the certification process of individual films, transparency and democracy will suffer. This will result in a system that stands in stark contrast to the Benegal Committee’s intentions.

Illustrative evidence for a ‘no-censor’ rating board exercising incredible influence over a film’s final cut is already available.

South Korea’s film classification authority The Korea Media Rating Board (KMRB) has a system that is identical to what the Benegal committee proposes. The KMRB can refuse certification to a film, even if the producer asks for the most explicit rating, and stare blankly out of the window until the filmmaker returns with a re-edited version of the film.

Acclaimed filmmaker Kim Ki-Duk’s thriller/drama film Moebius was banned in South Korea, as the KMRB refused certification to the film, citing incest scenes that are considered taboo across the country. Kim eventually returned to the KMRB with some scenes removed and was then granted a certificate. Such a scenario is likely to occur for films in India, too.

Since a clause allows the Board to reject certification to films that cause harm to India’s ‘sovereignty and integrity’, the possibility of the Board using it to stifle dissent, and in a way that is not befitting of democracy, certainly exists.

As things stand at the moment, the Information & Broadcasting Ministry has a choice. It can leave the CBFC as it is and let it evolve and liberalise on its own - as it has for decades, or eliminate CBFC’s transparency and turn it into an Orwellian organisation with no public accountability.

It is improbable that we will get rid of the CBFC in the short term; therefore, we must be cautious of so-called reforms that, despite any panel’s best intentions, might worsen the way the CBFC operates.