Siddaramaiah Govt Promises Light Rail For Bengaluru. Here’s Why You Should Be Sceptical 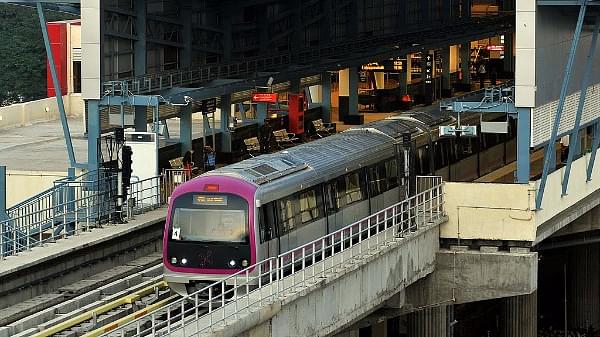 The Siddaramaiah-led government in Karnataka yesterday approved a 42-km Light Rail Transit (LRT) network. Originally proposed in 2007 by the then Bharatiya Janata Party-Janata Dal (Secular) government, the project remained a proposal for close to a decade before getting cabinet approval. The LRT was aimed at augmenting the city’s under-efficient bus network and act as a feeder for the Metro Rail network.

This nine-year delay has caused the cost of the project to shoot up from Rs 5,600 crore to Rs 11,000 crore. Law minister T B Jayachandra said:

Funding has been a major constraint. The cabinet has directed the urban development department to work out the modalities to mobilise financial resources for setting up a reserve fund to execute the project.

LRT projects across the country have been languishing for several reasons. The Thiruvananthapuram Light Rail project, originally conceived as a monorail, is yet to see the light of day. Chennai’s grand monorail project, which at one point was supposed to engulf every Rapid Transit project and be the world’s largest monorail network, seems to have lost steam.

The only such project that has gone on to become operational, even if only partially, is the Mumbai Monorail. The remaining section of its first line is due to open by the end of this year.

Among the low-capacity rapid transit projects in India, the only successful ones have been the Mumbai Monorail and the Bus Rapid Transit Systems (BRTS), the latter being quite successful in Gujarat. Ahmedabad’s Janmarg has numerous international awards in its kitty for its achievement.

However, Indian planners seem to be making a common mistake with Rapid Transit, regardless of whether it is the Metro Rail, Light Rail, Monorail or BRTS. Every system is planned to fully take on all the load on its route, or act as a feeder to a larger network. This flawed ‘Feeding Larger Network’ plan, while successful in improving commuting standards, doesn’t offer a long-term solution. At the same time, an elevated or underground transit network is expensive when compared to at-grade systems like Commuter Rail.

Take Bengaluru, for example. The 42-km LRT line is proposed to connect J P Nagar with Hebbal along the eastern crescent of the outer ring road. Given the number of residential projects and IT Parks already existing on this stretch, a low-capacity rail network would be a disaster. And as a nation, we are not known to complete such projects on schedule. So one can assume that when this project is finally operational, it would be well below the capacity required to handle the traffic on its route.

Barring the linear city of Mumbai, most Indian cities are radial in nature. This has resulted in a centralised transit network that is visible for all to see. In Bengaluru, Majestic or K R Market at the city centre form the transit hub. In Chennai, it is Koyambedu and Broadway. In Delhi, Rajiv Chowk, New Delhi Station and Kashmere Gate act as central transit points. Mumbai, on the other hand with its linear nature and expansive Suburban Rail, has escaped this radiality and has India’s most decentralised transport network. The Mumbai Monorail acts as an independent network and connects areas with land constraints and also in stretches where it needs to take sharp turns.

Our civic planners need to understand that a smaller network feeding a larger network is not a good idea. What Indian cities need is a decentralised transit network with a series of independent systems. A Light Rail system or a monorail should not be built as a feeder but to serve areas that cannot be connected by other forms of rail. The BRTS should be implemented in newly developed areas where wider roads, flyovers and stations can be constructed. Suburban Rail should be explored where possible. Each of these systems must have more than one interchange point with the other systems to avoid the war that happens at Delhi’s Rajiv Chowk Metro station when people try to get in and out of trains. A common integrated payment system must be put into place to allow seamless transit. Ahmedabad has raced ahead of other cities by enabling Smart Cards used by the BRTS to be used in autorickshaws as well.

We can only hope our planners wake up to this larger fact and focus on improving transit systems across the country.

Overall, though, this move by the government in Karnataka might even turn out to be an election gimmick since the state will vote in two years and the current government has been accused of not doing enough for the state’s capital.