Spreading The Word On Malnutrition: How The Civil Society Can Play A Crucial Role – Part 2 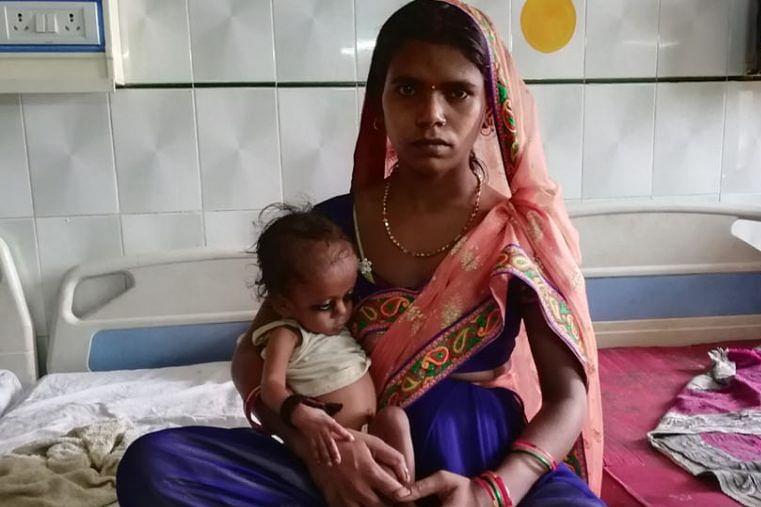 Malnutrition is the bane of society. Collectively, we look poorer as a species when millions of children around the world go to bed hungry. It is unconscionable that 35 per cent of Indian kids under the age of five are malnourished. The problem has to be tackled with all ferocity.

Many well-meaning non-profits and philanthropies are working on the issue at different capacities. The lack of traction of malnutrition as a topic in the public sphere frustrates them.

As agencies with the energy and knowledge, they have an important role in communicating about malnutrition. To understand how, we have to understand the role of non-profits in the ecosystem. Before that, we have to search for a fair understanding of the problem.

It may be one or more of the aforesaid reasons. It may vary from place to place. When this author worked in Koraput in Orissa, one of the poorest districts in India, the reasons were mostly poverty and lack of access to food for the tribal community living in remote forests.

When this author worked in a village in Tamil Nadu, the daughter of the schoolteacher was malnourished, only to be found that she had been feeding her child the wrong food items.

Even in urban India, unless the child looks emaciated, family members think it will get better as the child grows up. In some societies, protein rich foods such as eggs are not allowed.

Hence, every intervention by non-profits is different from the other. This also makes it imperative that organisations should involve workers who have lived with the community they wish to serve. Philanthropies too should be aware that what works in Sub-Saharan Africa would not work in say Jharkhand or Chhattisgarh.

Now this takes us to the stakeholders. As we can learn from the above, based on the scope and scale of possible interventions, the stakeholders can range from governments, international agencies, philanthropies, non-governmental organisations (NGOs), think tanks, media and much more. Some are grander in scope; some are focussed on a specific region. Some may concentrate on core aspects of malnutrition; some on allied solutions.

For example, governments may focus on economic development of a whole region. Philanthropies may concentrate on focussed and scalable interventions, NGOs on executing, media and think tanks on offering thought leadership and publicity. Some may provide a RCT based solutions, some may provide a behavioural economics based ones. Some solutions may be palliative in nature; some may be focussed on long- term structural solutions.

So where does a philanthropy intervene? This is where the vision and mission documents of organisations come into play. These guiding documents should be borne out of focussed thought and field experience. They can be tailored to be the missing piece in the puzzle. Non-profits, at the same time, will be mindful of resource constraints.

Hence, when they have a picture of “their place in the world”, they could focus attention on a few interventions and get it right.

Philanthropies can partner with other members of the ecosystem or strategically withdraw when bigger players come in, so that efforts are not duplicated and resources are used optimally. Hence, it makes sense to understand the mission documents of other players as well.

If done so, the partners know the possible synergies philanthropies bring to the table. For example, take the case of the government. The government is grappling with the gargantuan problem spread over a vast geography and many subcultures. It may tackle it in different ways.

For some districts, it may partner with the private sector to open factories to solve the income problem. In another place, it may be looking for focussed interventions through schemes such as the “115 aspirational districts” programme or the poshan abhiyan.

If there are possible alignments with the philanthropy’s mission statement, it should partner with governments. Governments provide the scale and philanthropies offer scalable solutions. The forging of partnerships can succeed only by placing the value proposition of philanthropies directly in meetings with government officials and indirectly through influencing the ecosystem.

The broad strategies outlined thus far needs to be put in action by identifying players, communicating value propositions and forging partnerships. This calls for keen understanding of the other’s motivations, expectations and deft messaging.

Communication that is focussed on a niche area and aligned with core competencies usually has a better chance of success. This can be seen in the education space. Organisations focussed on a particular area, say, foundational learning or private schools etc, are able to get their point across effectively.

Communication strategies for wicked problems such as malnutrition should be process-oriented (to paraphrase from the Bhagavad Gita - to be entitled to the efforts alone and not entitled to the fruits of actions). It is about knocking the wall a hundred times tirelessly than hoping for a clever miracle. Nevertheless, the processes should be designed to produce results.

It should be kept in mind that politicians, policy practitioners, aid recipients are all human beings that more often than not act irrationally. It is a fact that needs to be taken as a given. The innate nature of human beings with all the biases should be factored in the communication.

And, Adam Smith’s words should not be forgotten:

“How selfish soever man may be supposed, there are evidently some principles in his nature, which interest him in the fortune of others, and render their happiness necessary to him, though he derives nothing from it, except the pleasure of seeing it.”

Part 1 of this series can be read here. In Part 3, we will go into the nuts and bolts of influencing public debate by taking an ecosystem approach.