Telangana To Tell Its Farmers What Crop To Grow: Here Are Five Reasons Why Other States Should Follow Suit 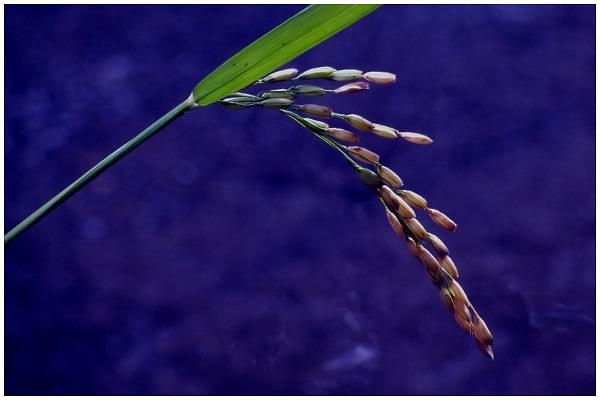 In a path-breaking move, the Telangana government this week decided that it will tell its farmers what they should grow, when and how much.

It is a decision that has its pros and cons but suffice to say that it is something that no other government, be it at the Centre or any other state, has tried before.

There are reasons why the Centre would not have wanted to take such a decision. This is because agriculture is a concurrent subject and the Centre has its own limits in taking decisions on it.

Looking at the pros and cons of the K Chandrashekar Rao’s decision, it is apparent that the pros far outweigh the cons and hence it should be something that other states can try to emulate.

A Japanese study on Indian farming has reportedly said that only 25 per cent of the people in the country are involved in agriculture. Of the 25 per cent, only 11 per cent are producers while the rest are agricultural labourers.

The study has figured out that the country need not totally depend on agriculture and parts of rural India had to be urbanised. It was this that forced the Centre to go in for projects like smart cities.

In such circumstances, the need is to produce what is required than to blindly cultivate a crop and then raise a hue and cry over low prices.

One example of how farmers are cultivating crops without any idea of the situation and market is the current foodgrain stock situation.

The stocks with the Centre is against the mandatory 21 mt of foodgrains it should have as on 1 April every year.

Of the 21 mt, 3 mt of wheat and 2 mt of rice make up the strategic reserve. Besides, the Centre also needs to have 11.5 mt of rice and 4.4 mt of wheat as operational stock.

During the current rabi marketing or winter crop harvest season, the Centre will likely procure at least 35 mt of wheat and over 40 mt of rice.

This will lead to a situation where foodgrains being kept in the warehouses for a longer period of time resulting in storage losses. Studies put the minimum loss of foodgrains during storage due to weather-related problems, pests, insects and rodents at 10 per cent.

That India does not have an efficient foodgrains storage system is an additional concern.

Time has come for a paradigm shift in India’s agriculture policy — from being self-sufficient to being export-oriented. Indian administrators will have to look at catering to the export market, now that the issue of self-sufficiency exists no more.

That leads us to the second reason why the Telangana move has to be followed.

India has plenty of wheat at its disposal and can cater to the export market. But Indian wheat is looked upon as a feed grade, which means some of the importers look to use it for their poultry or cattle.

Feed grade wheat means prices for Indian wheat will be lower. Currently, wheat in the domestic market is ruling higher than ones of the same grade in the export market. This is since the government fixes the minimum support price (MSP) for it, whereas the export market prices are determined by demand-supply situation.

On the other hand, Madhya Pradesh grows Sharbati variety wheat that can be used for pasta and pizzas and hence, fetches a premium. Indian authorities should take this into consideration and encourage farmers to go in for better quality wheat varieties.

That way, the Telangana government is right when it says it will cultivate paddy in only 50 lakh acres with 10 lakh acres of this accounting for the premium Sona variety that can also be exported.

This leads to the third reason to support the Telangana government’s move. Rao, justifying his decision, said that it would ensure better returns for farmers.

One of the drawbacks of Indian agriculture is that its farmers have not tended to look at it from a business angle. As a result, they have had to settle for lower prices.

The reasons for lower prices are glut in production and quality of the produce. The problem with Indian farmers is that many of them have a herd mentality, following others blindly without any reason.

For example, during October-December last year, onion prices surged due to the crop being affected by unseasonal rains and late arrivals, besides lower coverage of the crop.

As a result, many onion farmers, particularly in Maharashtra, went in for the crop during the Rabi season expecting higher prices. What they failed to realise is that other farmers, too, would have the same thought.

Today (15 May), onion prices in Nashik district, the hub of onion trade, is ruling around Rs 700 for 100 kg, which is Rs 100 lower than the rates during the same time last year.

This is not the case with onions only. It has happened with tomato and potato. This sort of mass production is the reason why farmers look to government intervention in the case of crops such as foodgrains, maize (corn), oilseeds and cotton.

If farmers need to get good prices, it is enough if supply meets demand.

The fourth reason for backing Telangana’s decision is that agriculture production should be market-driven. Today, while we have ample supply of some agricultural products, there is a shortage of some, particularly that consumers or industrial units need.

Market-driven means farmers will be actually catering to the consumers’ demand. It can also help them to enter into contract farming, which will help them to be assured of remunerative prices well before they start planting.

This will ensure that while farmers get reasonable price for their produce, the industry will also not have to raise a hue and cry on higher prices for its raw materials.

A case in point is the poultry sector, which expressed concerns earlier this year over higher corn prices.

The fifth consequence of such a move is that it will lead to a better coordination between the farmer, government, research organisations — particularly agriculture universities — and the user industry.

This coordination will ensure that the welfare of the growers is taken care of by a government that really cares for its farmers, who cannot be ignored since they are an indispensable part of vote bank politics.

The cons of the decision are that it could be challenged in a court of law. But what has to be watched out is how the government justifies its decisions and puts across its points of view.

Second, there could be resistance from farmers that they are being forced to cultivate only a particular crop. It is here that the government will have to impress upon them about the common good for everyone.

The objectionable part of the Telangana government move is linking payment of MSP to farmers heeding its orders. This could backfire or lead to bitterness or may not stand legal scrutiny.

Instead, it could look at providing incentives to farmers acting on its suggestions.

Rao has written a new chapter for Indian agriculture. How it will turn out to be depends on how farmers embrace it and also whether other states can adopt such a move.