The Many Betrayals Of Aurangzeb 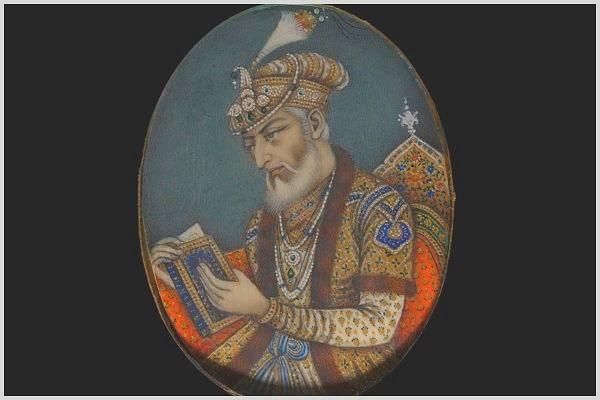 Renowned historian Jadunath Sarkar describes Mughal emperor Aurangzeb as a man who pushed his divine right to breaking point. Some extend Sarkar’s thesis to describe Aurangzeb as a bigot, a zealot, or a tyrant.

Others employ this extreme sense of devout righteousness to justify his numerous excesses (as if devotion can be invoked as a just defense, to explain away a heinous act).

By this manner, it has even become fashionable of late, in certain circles, to portray the villains of our past as heroes. One example is the ‘Somnath School of Historiography’, led by the Habibs and Thapars, whereby iconoclasm isn’t iconoclasm if its motivations might also be material.

Meaning, you’re allowed to destroy temples if your objectives are the golden statues and precious gems inside, rather than a religious injunction.

But very few have gotten into the mind of the man. Who was Aurangzeb? What do we make of this emperor, whose only recorded vices were a strange fondness for karanda (the Bengal Currant, an acidic berry), and a habit of chewing khardali – a resinous gum?

One answer may be found in a malevolent pattern of behaviour, which manifested itself time and again in Aurangzeb: betrayal. As we study his life, we learn that he repeatedly betrayed the trust others reposed in him – almost petulantly, like a spoilt brat who throws a fit when denied something.

Such a trait goes beyond simplistic categorizations of tyrant or liberal, to add a more chilling hue to his profile. This is since, the simplest definition of ‘betrayal’, is to go against one’s given word, or against a code of honour. Thus, recognising that explanation is not justification, let us look at some of his deeds:

1658: A war of succession was on for the Peacock Throne, between Shah Jahan’s four sons. Aurangzeb and his younger brother Murad had just defeated Dara Sikoh at the battle of Samugarh, taken Agra, and commenced a march on Delhi. Victory was in the air, but filial distrust too. That is when Aurangzeb acted: he invited Murad to his camp for supper one night.

The host was at his gracious best. Some say the austere and parsimonious Aurangzeb even plied his little brother with wine. As the liquor took effect, and Murad grew drowsy, a slave girl came in to soothe him.

She left after a while – with his weapons. Minutes later, Aurangzeb’s guards entered the tent and arrested Murad. With one brother out of the way, Aurangzeb was now free to chase down the other two – Dara Sikoh and Shuja, without having to look over his back.

He was successful, and kept Murad in Gwalior prison for three years, before executing him. This was the first betrayal.

1661: Having won the crown, Aurangzeb set about consolidating his position. One of the first on the list was the seventh Sikh guru – Har Rai, who had sided with Dara Sikoh. Aurangzeb ordered the guru to present himself in court and apologise for such conduct.

A wise Har Rai sent his son Ram Rai in his stead. The records are hazy here, but we know this much: Ram Rai was held for months as a hostage, and intimidated enough by the court clergy, to rewrite a few lines of the holy Gurbani which the clergy found offensive.

Now this may not constitute as betrayal in a material sense, but intimidating a guest contravenes standard codes of honour. Equally, some commentators might view it as a masterly, tactical move to cleave the Sikhs (it didn’t: an incensed Guru Har Rai promptly excommunicated his son), but that still leaves the unpardonable behaviour of a host, as a glaring example, of a man who cared little for his given word.

1666: This was the most infamous betrayal of all. By the Treaty of Purandar, 1665, Maratha king Shivaji became a vassal of the Mughal Empire.

His only personal request was that he be excused from attending Aurangzeb’s court. As Shivaji candidly told his imperial interlocutor, Jai Singh, during the treaty negotiations, he simply didn’t trust the man.

That turned out to be a perceptive observation the next year, when, under immense pressure, Shivaji was forced to attend court in Agra with his son. There, as expected, they were placed under detention by Aurangzeb.

While the thrilling story of their escape from Agra is too well known to be retold here, the point of Aurangzeb’s persistent, invidious tendency to go back on his word, to betray, is loudly made again.

1675: All acts of betrayal are regrettable, but there was none sadder than the one which befell the ninth Sikh Guru, Teg Bahadur. For long, Aurangzeb had viewed the Sikhs with suspicion for many reasons: their scriptures called for Hindu-Muslim unity, they added a fillip to Sufi traditions, and they had militarised the Jats.

For an emperor who believed in the old plains’ adage, that ‘A jat, like a wound, is better when bound’, it was then the last straw, when Guru Teg Bahadur decided to raise his voice in support of the Kashmiri Pundits, who were being subjected to merciless religious persecution by the Mughals.

For his troubles, Guru Teg Bahadur and his deputies were made hostage in Sirhind, subjected to the worst sort of torture imaginable in Delhi, and then finally executed.

This act might have been whitewashed by apologist historians, as an inspired tactical move on Aurangzeb’s part, but for the fact that Guru Teg Bahadur set out for Delhi with prior public notice, unarmed, and, presciently, after he had nominated his son Gobind Rai as successor.

So, the ninth guru knew he wasn’t coming back from this final journey to the Emperor’s citadel. We wonder why!

1679: The Rajputs of Marwar – Jodhpur – had for long been Aurangzeb’s bane. By a strange bit of fate though, they allied themselves with him, and their Maharaja, Jaswant Singh, even led a military contingent on expeditions in the North West Frontier Province.

This was in spite of the Jodhpur Rajputs having fought against Aurangzeb at Dharmat in 1658, siding with Dara Shikoh. But the relationship was muddled. So, when Jaswant Singh died at Jamrud in 1678, the emperor wasted little time in marching on Jodhpur, demolishing temples there, and installing a puppet as the new Maharaja.

Unfortunately, the situation changed when one of Jaswant Singh’s widows gave birth to an heir – Ajit Singh Rathore. The Rajputs now demanded that Aurangzeb recognise this infant as the rightful inheritor of the Marwar seat.

Aurangzeb dithered for months, forcing the Rajputs and their commander, Durgadas, to bring the infant heir to Delhi.

Once again, Aurangzeb invited his adversary home, like the spider to the fly, and once again, he betrayed his guest. He demanded that the child be placed in his harem, and brought up as a Muslim.

Affronted beyond belief, Durgadas naturally refused to comply. Days passed, the impasse grew, but the Rajputs weren’t allowed to leave. In the end, they broke out under cover of seventy musket men, who laid down their lives while the infant and his mother were spirited away.

Many more brave Rajputs perished in valiant rearguard actions, which eventually slowed the Mughal pursuers to a halt. The blood line was saved, and honour too.

According to the bards of Rajputana, the getaway was engineered by a wet nurse, who switched the royal infant with her own, so that the ruse might succeed.

So, remember this forever: a beautiful infant was separated from its mother, and scores of Rajput warriors died, merely so that the Rathore king-child might escape the Mughal emperor’s clutches. Victims of one more instance of imperial perfidy.

We thus see that Aurangzeb’s acts of betrayal were repeated, willful, dishonourable, and carried out with no impairment of cognition.

These acts clashed violently with the sense of right and wrong he imbibed from his scriptural studies. Surely that caused guilt, because, even though he knew he was acting wrongly, he couldn’t prevent himself from behaving differently.

He needed to do what he did, regardless of the psychological scarring he incurred, and it only got worse with time.

The simplest balm for his guilt was hatred, because hatred, born of a hundred reasons from insecurity to greed, justifies almost anything. It is a fabulous defensive mechanism. Unfortunately, it also blinds us from the truth.

Now, one may argue the hind legs off a goat, on whether his tendency for betrayal stemmed from a deep sense of insecurity, whether it was a manifestation of his guilt, his boundless ambition, or his innate prejudices, or the other way round; but frankly, once a man becomes blind to the truth, what is the difference between a fool, a fanatic and a tyrant?

All we know, and need to know, is that he was wholly unfit for higher command. We’ve seen countless similar examples throughout history, of small men with smaller minds stumbling desperately to the top of the heap, and once there, causing mayhem because they had no clue what to do.

So was it always, and thus was it with Aurangzeb. Fate gifted him opportunities, and in turn, his psyche gifted his age an unforgettable hell. That might make him many things; it doesn’t make him great.