The Real Jobs Crisis Is In The Middle: Mid-Range Jobs That Middle Class Loves 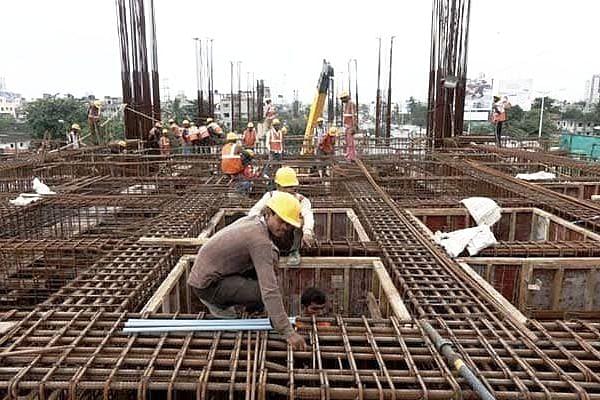 The jobs crisis is beginning to find greater clarity now. The issue is not – has never been – jobless growth, but a divergence between the kind of jobs sought and the kind now being made available. The other issue is the wage crisis, where lower-paid jobs are easily available, but few people want to take them up in a situation where acute poverty is reducing dramatically. Few people live in starvation conditions in urban areas where one has to accept low-paying jobs for survival. This may also partially explain the leaked National Sample Survey Office (NSSO) data, which showed unemployment at a 45-year high of 6.1 per cent. Many people may be preferring temporary open unemployment when wages are lower than expected.

In an article in The Times of India today (11 April), Mahesh Vyas of the Centre for Monitoring Indian Economy (CMIE) rightly describes the jobs problem as one about the quality of jobs available.

Vyas, whose organisation produces four-monthly estimates on employment and unemployment, makes an interesting observation. He says that jobs are more easily available for the less educated than the more educated. Quoting his Consumer Pyramids Household Surveys, he says that 3.8 crore jobs were created for people with only primary education between early 2016 and late 2018 – a whopping growth of 45 per cent over nearly three years. For those who had studied a bit more, between 6th and 9th standard, 1.8 crore jobs were created, for a growth of 26 per cent during the period.

Jobs growth was lowest for those with graduate or post-graduate degrees, less than six per cent. This is indicative not only of the quality of our higher education beyond the IITs and IIMs, but also of a decline in the need for such general middle-level skills.

This information should debunk the basic thesis of politicians that there is no jobs growth. The real issue is wages and quality of jobs.

This information also points to the impact of technology on jobs. Technology polarises job availability. Automation simplifies the skills need for jobs at the bottom end of the pyramid, and creates high-paying jobs at the top end. But it tends to hollow out the middle-skill, middle range of jobs. This is precisely the kind of job everyone would want – safe, secure and paying reasonably well. These jobs are shrinking everywhere except in government. This is why you see PhDs applying for jobs as peons in government.

The impact of technology and automation on jobs is best illustrated through examples of sectors where this is clearly visible. Take the example of furniture. Today, it is not the humble, highly-skilled carpenter who makes furniture for homes or offices. Furniture is designed by highly-paid staff and produced in factories, and assembled at home by lower-wage workers who merely need to know how to fit the pieces together with nuts and bolts. The jobs are at the top end in designing furniture, and at the bottom end, the assembly side of furniture. Middle skilled carpentry work is needed less and less.

Ditto for jobs in banks. Digital technology has rendered thousands of jobs in bank branches and ATMs redundant as the mobile phone is now the enabler of financial transactions. A whole lot of middle-skill, middle income jobs are thus under threat in bank branches. However, at the upper end, demand for cyber security experts, data analysts and system managers will go through the roof. Also, financial product designers and salespeople.

Even in IT, the job of plain-vanilla coding will increasingly be done by artificial intelligence platforms and not base level engineers. Demand for a smaller number of super-skilled programmers in artificial intelligence, machine learning, robotics, cloud computing, and analytics will boom. Their wages will go through the roof. The middle is being hollowed.

The removal of middle skills is best exemplified by the humble cabbie. To receive a taxi licence, a London cabbie earlier had to know not only how to drive, but the geography of the city he plied his trade in. Today, with Google Maps, anyone can drive an Uber or Ola, and the algorithm even tells him which routes to avoid in order to get passengers fastest to the places they want to go. Even the informal fare bargaining done in peak demand times between customers and cabbies is now done by the algo (aka, surge pricing).

The jobs crisis is in the middle range of jobs that once needed some education, but where skills could be learned quickly on the job.

Jobs are in plenty at the bottom end of the market, especially jobs enabled by technology, from Ola drivers to Swiggy and Amazon delivery boys to retail counter personnel. The highest paying jobs are available to a small super-qualified group of technology and domain and design experts.

As technology creates new jobs at the bottom, the quality of the job often suffers. A Domino’s delivery boy may earn Rs 15,000-20,000 a month, but he has to work in the scorching sun, and ride on rough roads most of the day, with consequences for his health and well-being. Even if there are no health risks, the work may be monotonous – as in the case of the retail bar code scanner at mall counters.

Millions of jobs are available in the unskilled sector, from domestic work to part-time work, but the wages are too low to attract people who are not desperate for short-term incomes. The availability of minimum income schemes (like Rahul Gandhi’s NYAY) will make the wage crisis worse, for few people who get Rs 6,000 per month for doing nothing will accept jobs that pay, say, Rs 8,000-10,000 a month. The wage premium needs to go much higher in order to entice people to take up work that is available.

The policy push given to jobs formalisation by the Narendra Modi government, including the implementation of the goods and services tax, has forced many employers to offer jobs with better social security nets – which again may have had some short-term negative impact on net jobs as wage costs may have risen, forcing employers to focus on raising productivity rather than employment.

The problem, in short, is not jobless growth, but a widening gap between desirable jobs and available options, and wages sought and wages available. The real challenges lie in improving the quality of education and skilling, and the creation of more skilling opportunities in a real work situation (ie, apprenticeships).