The Role Of Indigenous Languages In India's Development 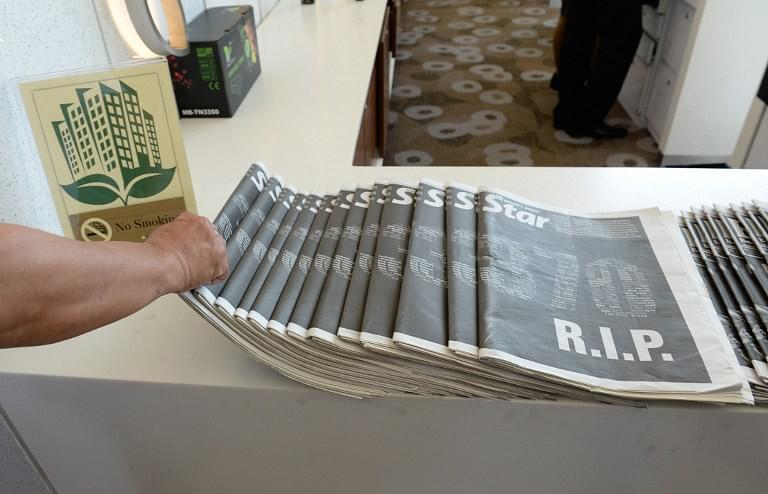 English needs India to perpetuate its advantage, rather than the other way around.

In a recent speech the Foreign Secretary of India, S. Jaishankar raised some provocative questions. He asked –

whether India should raise its level of ambitions. Are we content to react to events or should we be shaping them more, on occasion even driving them? Should we remain a balancing power or aspire to be a leading one?” He also went on to state forcefully that “the creation of a new lexicon and imagery can often be helpful in assimilating and implementing changes.” and “Diplomacy now helps to play a role in our national development. There has been a concerted effort to make full use of personal chemistry, narratives, culture, and our diaspora….

Whatever may be the intention of S. Jaishankar, the vision and goals he has enunciated seem to be totally unreachable considering the bad education system that spews out students who are merely regurgitating and mimicking western theories. The students who graduate from humanities and social studies departments have no deep knowledge of traditional Indian knowledge, Indian languages and neither are they capable of critiquing the west or anybody else using Indian approaches. The students graduating from such a slavish system can hardly be expected to challenge hegemonic theories that emanate from the west and offer Bharatiya alternatives.

An important aspect of breaking the colonized mind-set is to first break the stranglehold of English in the Indian education system. India rises as GDP of English speaking countries relatively shrink English dominates in the world currently only because the UK was succeeded by the English-language dominant US. The English speaking countries (United States, United Kingdom, Canada, Australia and tiny New Zealand) have reached their maximum economic influence and in the future their overall GDP as a proportion of World GDP is going to be reducing as the rest of Asia and Africa grow economically. The US is also slated to become a bilingual society with Spanish and English. India on the other hand, will be expanding and will have a greater share of world GDP in the coming decades.

The English language is dependent on India for its future growth and retaining its status as lingua-franca of the world. In practical terms, we already see that major online news-sources from the US & UK, have now started India focused sections and are covering Indian news more, because the growth they see is in harnessing the online readership from India and growing Indian economic influence in the world.

The current education policy of India with English being the “unofficial First language” in the three language formula was created with a 1960’s mind-set when Indian economy was in a very weak position and US/UK were dominant. It is because of this outdated and flawed policy that Indic languages are shrinking and losing influence against English.

The language policy must also be changed now to make sure Indic languages and scripts get primacy relative to English.

Historically, many of the best scientists have originated in non-English speaking countries in Europe and Asia like Germany, Russia, Japan and Korea. So there is not a shred of evidence to suggest that English is a must for scientific progress. Only a small deracinated and anglicized elite of India push the myth that English is a must to be good in science and math. In the coming decade, the main challenge to Indian Government will be to educate the young working age population and help them get jobs.

The easiest and fastest way to educate the Indian people would be through creation of simple and good quality educational material in Indian languages. Considering that there is hardly any good educational material in Indian languages, developing one in Indian languages leveraging multimedia technologies is a much more doable project than trying to make hundreds of millions of Indians even minimally competent in a foreign language like English. Unfortunately, the Indian education system has embarked on this quixotic quest, which is bound to fail. If India continues on this misguided path, there will be a huge underclass of ignorant Pidgin-English speakers who belong neither to the ghar nor to the ghat.

This will be a recipe for a disaster and the so-called demographic dividend will become a demographic noose if India ends up with a class of young inarticulate, Pidgin-English blabbering, incompetent society. Instead of providing confidence and skills, the current education system is geared to ruin a person’s ability to learn and prosper by throwing students into a foreign language pit from which they cannot recover. India’s Geopolitical interest lies in promoting an Indic cultural sphere. Just like a multi-polar world is in India’s interest, a multi-lingual world is also in India’s long-term geopolitical interest.

If India chooses English over its own languages, to project its world-view overseas, then India will remain an impersonator of the Anglophone group and never be an original, so it is not in India’s long term interest to have English as the dominant language. Ensuring the use of multiple languages in the world plays to Indian people’s strength in multiple language-learning, diasporic relations, establishing trade and one-to-one relationships with leaders as well as deep people to people contacts.

These advantageous factors would help India gain competitive advantage over other nations like China and USA. In the coming years as India grows, the Gulf countries will become more dependent on India as the market for their energy exports. Similarly, Africa from the west and ASEAN from the east, will be looking to India for leadership, to provide an alternative to a rising Chinese narrative as well as grow into the space left by the relative reduction of American share of world GDP.

This means that even as India leads economically, India will also have to take the opportunity to promote its worldview to the people in those countries rather than having a framework set by an Anglophone group. India will also find support from numerous European countries like France and Germany to make sure that the world reduces the use of English. Big states in India like UP, Maharashtra etc. would be larger economies than the economy of England. However, the colonized Indian mind-set does not yet have the confidence to imagine Indian languages dominating over English.

By the 2030’s, Indians would also be either the largest or second largest high-tech workforce in the world and without an intellectual leadership and framework from the political science and humanities departments, India will be reduced to be a mere supplier of cheap tech-labour and limited to working within an Anglo-Eurocentric framework. We need Indian political science and humanities graduates to know Sanskrit and be good in at least a couple of Indian languages to develop the framework for the intellectual exposition of India to the rest of the world. Indian languages should hang together or they will hang separately When foreign forces captured larger parts of India, they did so by initially capturing trading routes and ports from individual princely states.

They were then able to establish and dominate larger areas because Indians did not have a united response. Similarly, today we have various linguistic states fighting individualized battle against English, which they are bound to lose, unless all Indian languages come together to stem the growth of English in Indian society. Over the past many millennia, Indian languages, even as they belong to different linguistic families, have developed a common vocabulary and a common cultural context. Some languages may have less and some more, but nonetheless all Indian languages have an overwhelming common vocabulary.

A Hindi speaker would be more familiar with significant amount of words in Malayalam or Telugu if it was written in Devanagari script. The common Pan-Indian vocabulary is mainly derived from the Samskritam framework. Samskritam is demonized and opposed mainly because it can serve as a unifier and helps promote a united Indic framework against Eurocentrism.

Along with the existing three language formula, there is a need to evolve the Devanagari script as a common script that can be learnt by all Indians in school. Just like there are standards for local content in media, safety, and fuel consumption, we need a Bhasha and Lipi standard for use of Indic languages in media, marketing and business transactions across business verticals. Tax incentives must be provided to companies that adhere to the “Bhasha and Lipi Standard”.

Our Bharatiya languages need support and ‘tax breaks’ to re-establish themselves. Just like how we have reservation to help empower various jaatis that suffered discrimination, we need to provide “tax credits” and support our Bharatiya languages to re-establish themselves. Practical Steps to reduce the importance of English in daily life. In addition to establishing a “Bhasha standard” as mentioned earlier, the “three language” standard also must be implemented in full. Even though there is a nominal ‘three language’ formula in schools, the actual implementation is extremely bad.

For example, the ICSE system, gets away with teaching only two languages and does not even consider the third language for computing results. An important immediate practical step would be to make sure that at the school level, the two Indian languages are given larger share of overall marks than English. This will be a great first step for the Indian language students versus the small English speaking elite that hog all the resources today. Additionally, many competitive exams like IAS and Bank entrance exams should have a larger Indic language component when compared to English.

It is shocking that competitive bank exams hardly have any Indian language component, where a common Indic language financial vocabulary can be developed to unite all of India. Steps like these would result in a great push and promotion of Indian languages and beat back English significantly. The colonial legacy that advantages English must be removed. An impediment to re-establishing primacy of Indic languages is the colonized mind-set of a small anglicized elite and lack of vision in the political leadership.

This small colonized Indian elite cannot even comprehend that India is set to dominate and be a big player economically and culturally on the world stage in the coming. In some ways, the vast Indian middle class is like a Hanuman who does not know its own strength and has to be reminded of the greatness of its own languages and culture.

The large Indian middle class must know that increased usage of English language within India will forever doom India into a copycat status and is an impediment to achieving India’s greatness. There must be an effort to bring together the various linguistic states to come up with common standards to ward off English, else each of India’s great languages will suffer immeasurably. To even achieve a little of what the Foreign Secretary has enunciated, a beginning must be made in re-establishing Bharatiya languages and creating a class of Indians who have a Bharatiya mind-set and do not depend on Europeans and Americans for “theories” that can be regurgitated on Indians.