The Role Played By Geoeconomics In The Creation of Money 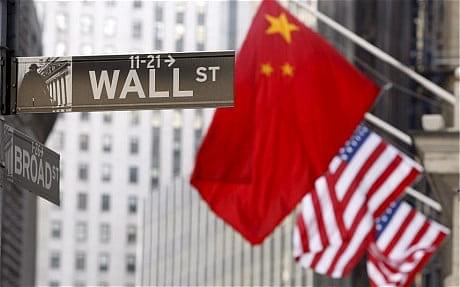 Geoeconomics is the use of economic instruments, including trade, to project power in the pursuit of national interests. It is much a part of conversation these days especially since Donald Trump accused China of having manipulated its currency to put America’s manufacturing at a disadvantage.

China’s use of geoeconomics goes far beyond the manipulation of currency. It uses trade sanctions to signal its disapproval of the policy of other nations.

According to the American diplomat and strategic thinker Robert Blackwill :

China curtails the import of Japanese autos to signal its disapproval of Japan’s security policies. It lets Philippine bananas rot on China’s wharfs because Manila opposes Chinese policies in the South China Sea. It rewards Taiwanese companies that march to Beijing’s cadence, and punishes those that do not. It promises trade and business with South Korea in exchange for Seoul rejecting a U.S. bid to deploy missile defence systems there. It reduces economic benefits to European governments that host the Dalai Lama. It initiates the creation of the BRICS group, consciously excluding the United States. It promotes the Chinese-led Asian Infrastructure Investment Bank to rival the Washington-based World Bank. In its economic assistance to Africa, it privileges nations that vote with China at the United Nations.

It is not that China is the only country that practices geoeconomics, although it is the country that does it most attentively. To counter China’s application of power through economics, the US championed the Trans-Pacific Partnership (TPP) which joined twelve Pacific Rim countries in a trade partnership that excluded China. The critics of TPP, which include Trump, argue that the treaty may be good for multinational companies but it is not as good for the United States as a nation.

China has manipulated its currency by expanding debt in such a massive way that it has numerous ghost cities. China based its growth of the past twenty years on an audacious dual strategy

2. Make things for the long-haul to keep employment high and the currency low. This was done with the understanding that the ghost cities will eventually be occupied.

In the meanwhile, by increasing internal capacity China took advantage of efficiencies of scale and became a manufacturing hegemon. China’s competitors have tried different strategies to deal with its dizzying expansion of credit.

Geoeconomics is an old game. The widespread use of currency has long been a measure of political power. Due to their integrity, the Roman solidus, the Italian florin and the British pound sterling (with 22.5 troy grains of silver) became the staple of international finance for several hundred years.

For a long time, the relative market values of gold to silver were 15:1 but this bimetallic standard was intrinsically unstable due to the changing intrinsic value of the two metals, by the discovery of new mines.

Eventually, technology made it possible to produce coins of high quality with high definition impressions on their faces. Such coins were difficult to counterfeit so they did not have to be full-bodied.

With the plunder of gold and silver of the New World by the Spanish in the 1500s and the mining of new deposits, the value of the precious metals declined. This shifted the geostrategic equations in favour of the seafaring European nations that had obtained access to new gold and silver.

European colonial powers were able to transfer wealth out of the countries they ruled by the imposition of their currencies on the colonies. India is the best example of such transfer for during the British Rule its economy went from about a quarter of the world product to about a fiftieth.

The gold standard broke down during World War I as countries resorted to inflationary war finance. The classical gold standard was briefly reinstated from 1925 to 1931 as the gold exchange standard. The idea was to enable wider use of gold by supplementing it with an anchor currency that would be readily convertible into gold.

This idea was incorporated two and a half decades later into the Bretton Woods regime in which the U.S. agreed to link the dollar to gold at the rate of $35 per ounce of gold. Bretton Woods established a system of payments based on the dollar which in effect made it the world currency.

This system collapsed in 1971 when the U.S. ended the free convertibility of dollars to gold. However, due to its adoption by OPEC countries for international oil trade, the dollar continued its role as the reserve currency for the world. This gave the US a means to soak up the wealth from all corners of the world for the share of the money that is used by the bankers is a kind of a tax on everyone else. With this advantage came a steady appreciation of the dollar that made it progressively harder for American manufacturers to compete with factories in low-wage countries.

Competitive money creation by China and the West is the great game of our times. Until now this game was played quietly, but with Trump identifying it as one of his highest priorities, it may very well take an unexpected turn.