The Success Of Agriculture Sector Depends On Reforms By Stealth 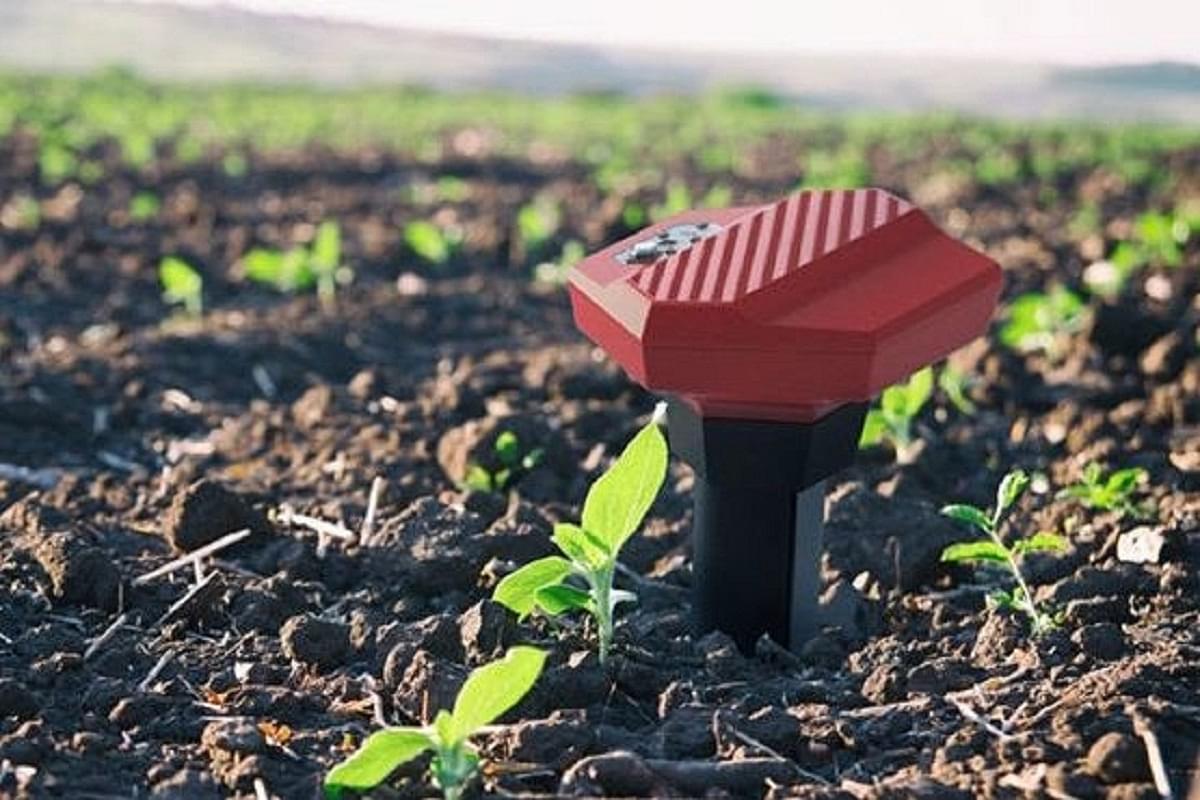 In a recent speech, Prime Minister Narendra Modi enumerated several ways to modernise the agricultural sector, such as natural farming, technology, oil palm mission, Gati-Shakti plan, waste to energy, banking services through post offices, and reform of agri education. It is a welcome sign that even after the withdrawal of the farm bills, the government has not abandoned its efforts to transform the agriculture sector.

In this piece, we highlight how some of the ideas shared by the Prime Minister can be leveraged to reform the agriculture sector by 'stealth', ie, in small incremental steps, which will avoid confrontations, and produce small changes on the ground that will slowly convince the farmers to embrace market forces and improve their income.

To understand the areas of reforms, we must go back to the original purpose of the mandi system currently in place. It used to be a practice that when farmers were in need of cash to tide over uncertainties of production, they borrowed from moneylenders at high interest rates.

During harvest season, the same moneylenders acted as middlemen to buy the produce owing to their access to downstream market channels. However, they paid only a distress price (as the farmer would be in urgent need of cash at the time of harvest), forcing the farmers into debt trap.

About 40 years ago in an influential piece of research, Nobel laureate Joseph Stiglitz (along with Avishay Braverman of the World Bank) studied this problem and showed that the situation gets worsened when the middleman is also the landlord who can force the tenant-farmer to work harder by inducing him to take more debt.

The farmer was at the receiving end of these interlocked markets, where the same middleman was the buyer of produce, owner of the land, provider of input credit and also the seller of farm inputs. The Agricultural Produce Market Committee or APMC-run mandis were set up in the 1960s to unlock these interlocked markets by ensuring a fair price (the minimum support price or MSP) to the farmers and saving them from exploitation by the middlemen.

Why The Mandi System Has Failed?

We show how the APMC system doesn’t meet a number of requirements for ensuring that the farmer gets a fair share of the supply chain profits.

Firstly, provision of market access, ie, ideally, a farmer should be able to choose both whom to sell and when to sell the produce. The mandi system proposed to offer the farmer more selling options beyond the middlemen by creating procurement centres (the APMC run mandis).

However, unless there are enough accessible mandis within a farmer’s reach, it does not solve the problem of market access. Even for those farmers who are able to reach the centres, limiting their sales to only the mandis prevents them from accessing markets elsewhere.

The farmer has no choice over the timing of the sale as well because government procurements happen only during a limited timeframe, but debt burden and lack of storage facilities force the farmer to sell his produce at whatever is the available price. Finally, the poor transactional efficiency of the mandi-based procurement system leads to long waiting times for the farmers, discouraging the small and marginal ones from taking their harvest to the mandis.

The second way the mandi system failed is in lowering the transaction cost or the cost incurred by farmers in selling the harvest. These include the costs of transporting the harvest to the mandis, the temporary storage costs and loss of yield while waiting in the queue (mostly, in their own vehicles), as well as other costs such as food and lodging expenses during the wait and the fees to be paid to the middlemen acting as commission agents (2-2.5 per cent of the price of sale and the government fee on top of this).

During peak harvest seasons, these transaction costs can be very high resulting in a net realised price to the farmer that is much lower than the selling price. On top of that, the farmers have to pay high rates of interest on loans taken from the middlemen as there are hardly any banking facilities available in the villages that can save them from the debt trap.

The last failure of the mandi system is in ensuring fairness. There is concentration of power with the APMC causing the system to be biased against the farmer. The APMCs are bureaucratic and have turned themselves into monopolies, leading to farmer distress including suicides. There are also complaints against the APMC members of mismanagement and corruption.

Much has been discussed about how the three farm laws could have reformed the mandi system and opened up market access for farmers. But now that the farm laws have been shelved, we need to look beyond them and explore other ways of reforming agriculture. So, how can we improve market access, reduce transaction costs, ensure fair assessment of quality and eliminate system bias, and achieve all of this fairly quietly?

The last two decades of rapid economic growth and the explosion of technological innovations in India offer distinctive possibilities for transforming the agricultural sector. ITC’s e-Choupal initiative introduced in the year 2000 for the procurement of soybean in Madhya Pradesh and later expanded in other areas shows the potential of innovation and entrepreneurship in the agricultural supply chain.

The government can devise mechanisms to encourage participation of retail chains and food companies, including farm-to-fork startups, to set up and run such procurement centres. To start with, state governments can be encouraged to offer land to set up alternate procurement centres under the public-private partnership (PPP) model. These centres can work like marketplaces where multiple private food companies can compete to offer the best price to the farmer.

Here comes the role of technology that the Prime Minister as well as the recent Union Budget have highlighted. Digital communication systems can be used to link these marketplaces with villages (e-Choupal engages sanchalaks, who are trained farmers with Internet access) so that the price information is available to farmers on a real time basis. This will be helped by fast Internet speeds once Bharatnet achieves its target of connecting all villages with high-speed broadband.

These marketplaces can also be linked with other such centres as well as with the electronic-National Agricultural Market (e-NAM). This may upset the middlemen at the mandis if they perceive it to be a loss of business for them. Therefore, the marketplaces can start functioning with procurement of non-MSP produce such as fruits and vegetables and then slowly include MSP products later.

If the PM Gati-Shakti plan can solve the last-mile rural connectivity problem by developing the necessary road infrastructure and logistics, it will help farmers reach the marketplaces and enable the private buyers to even buy from the farmer’s doorstep.

The Prime Minister, in his speech, highlighted the need to turn cooperatives into successful business enterprises. For this, the Ministry of Cooperation can offer financial incentives through National Bank for Agriculture and Rural Development (NABARD) for creation of more farmer-producer organisations (FPOs) and engage industry bodies such as the Federation of Indian Chambers of Commerce and Industry (FICCI) or the Confederation of Indian Industry (CII) to mentor them for professional management.

Some of the FPOs can collaborate with the private companies to operate the procurement marketplaces. In 2020, the government signed memorandum of understanding (MoUs) with AFC India (formerly Agricultural Finance Corporation) and National Cooperative Union of India (NCUI) for training cooperatives and creating an ecosystem to boost agricultural production and double farmers’ income.

The dairy sector model of a coexistence of farmer cooperatives and private companies can also be replicated in more areas of agriculture. And if a few state governments produce some success stories, it may energise other states to try out the same and also help the farmers recognise the benefits of shifting from their traditional methods of cultivation and sale.

The piece earlier explained how the need for credit entraps the farmers in usurious loans given by the middlemen. Rolling out of core banking in all post offices and launching of digital banking units in 75 districts, as promised in the budget, will help credit reach the bank accounts of farmers.

If fintech companies partner with microfinance institutions to bring flexible and timely credit to the farmers, it will reduce another chain of dependence on the middlemen. If these channels can be used to design better crop insurance and bundle it along with loan products, it will reduce the farmers’ vulnerability to weather related uncertainties and empower them to demand better prices for their produce.

Traceability also helps to increase efficiency of the supply chain, reduce wastages and mitigate quality and safety issues. There are already many initiatives being undertaken by government agencies, corporate sector and research institutions on traceability. Further use of technologies such as blockchain, Internet of Things (IoT), and Artificial Intelligence (AI) by the procurement marketplaces can generate significant benefits for consumers and also boost export revenue.

Finally, it is heartening that the Prime Minister mentioned the need for developing agri education and research. Agricultural universities can take the help of International Crops Research Institute for the Semi-Arid Tropics (ICRISAT) and domain experts to reform their syllabi. The government can set up research grants to promote work on new agricultural technologies such as use of drones, IoT and smart irrigation.

Research projects can also be initiated to develop benchmark models for using technologies in agriculture with an emphasis on the procurement marketplaces so as to enhance efficiency and traceability of the agricultural supply chain.

A sustained focus on modernisation of agriculture in small steps will end up achieving what the farm bills intended, although at a slower pace but with greater chances of success.

The authors are professors at the Indian Institute of Management, Kozhikode. Views expressed in the article are personal.
Get Swarajya in your inbox everyday. Subscribe here.
Tags: