The Wars That Were Won: Rajendra Chola’s Naval Conquest Of South-East Asia 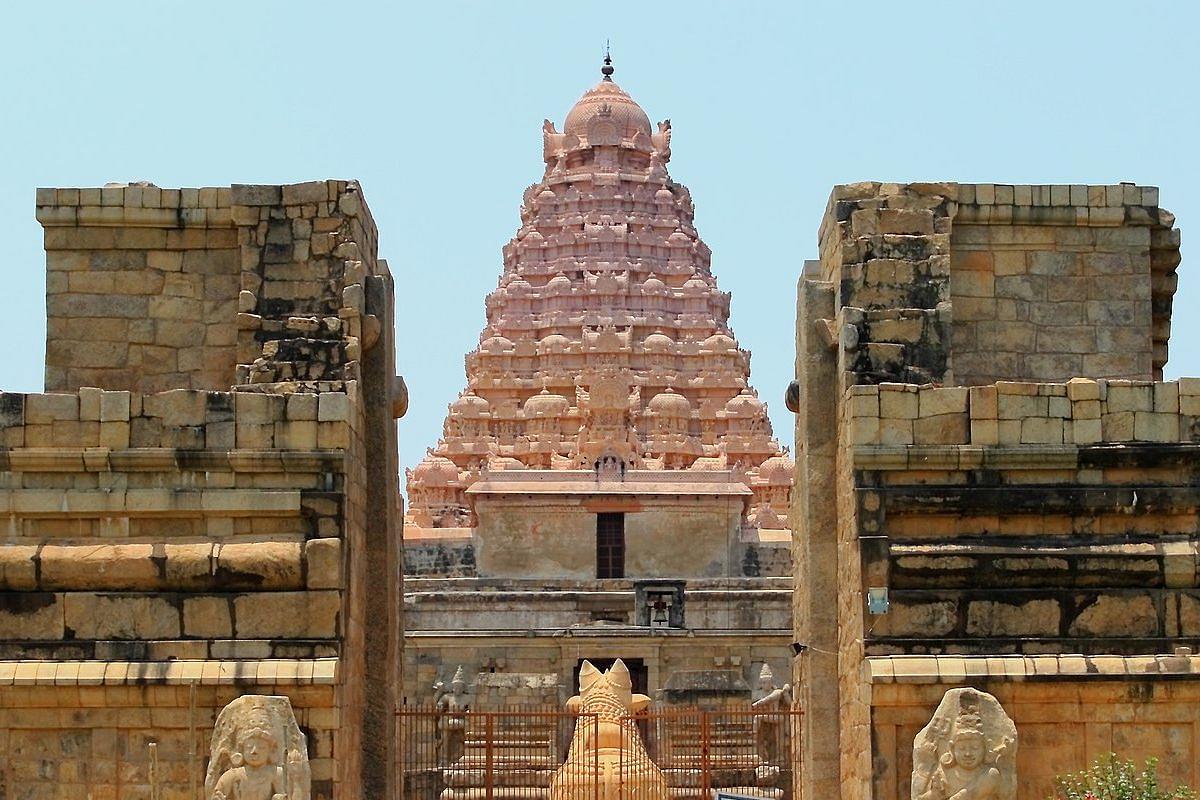 Rajendra Chola, son of the legendary Chola monarch Rajaraja Chola I, ascended to the Chola throne in 1014 CE.

At the time of his coronation, the Chola empire had already achieved great heights under the rule of Rajaraja Chola – with his dominion extending across the whole of South India and Kalinga (modern Orissa) in the north. Rajaraja also launched numerous naval campaigns – a rarity during those times – and succeeded in capturing both the Maldives and the northern parts of Sri Lanka.

Rajendra Chola was not one to rest on his illustrious father’s laurels. Early on in his reign, he led victorious campaigns against the Rashtrakutas and the Western Chalukya empire – firming Chola reign over the deccan. In 1017, he led a naval campaign to Sri Lanka and extended his control over the southern parts of the island, which even his father had not be able to do.

A year later, he marched north and towards the Ganges river. In this expedition, the Chola armies defeated the Palas (modern day Bengal), then the Kamboja Pala kingdom and the Chandra dynasty.

For his peerless northern conquests in the regions around the Ganges, Rajendra Chola earned the sobriquet Gangaikonda Chola (the Chola who took over the Ganga).

The Kingdom Of Srivijaya

Srivijaya was a powerful Malayan city-state, which ruled most of the Malay Archipelago out of the island of Sumatra, Indonesia. With a powerful navy, Srivijaya extended control over the Strait of Malacca and the Sunda Strait – allowing them to exert almost unchallenged influence over any naval trade which happened through the region.

The Srivijaya kingdom was at its peak in 12th century, when its rule extended over Sumatra, the Malay Peninsula, Western Java and modern day Philippines. A famous ‘war gate’ made of large jewels, the Vidhyadara Torana, was said to greet visitors at the entrance of their capital city at Palembang.

During the times of Rajaraja and Rajendra Chola, Srivijaya was ruled by the Shailendra dynasty. The relationship between the Cholas and the Shailendra kings were not always fraught – in 1006 (during the reign of Rajaraja Chola), King Maravijayattungavarman of Srivijaya had constructed the Chudamani Vihara at Nagapattinam.

There are varying accounts of what caused Rajendra Chola to embark on his South-East Asian campaign.

Some suggest that it was his desire to use his naval strength to expand his empire over the trade rich regions of South-East Asia. Other sources suggest that the causes lie in the relationship between the Chola Empire and the Khmer kingdom.

The Khmer king Suryavarman I is said to have requested help from Rajendra Chola in his conflict with the Tambralinga kingdom. This in return resulted in the Tambralingas approaching Srivijayan king Sangrama Vijayatungavarman for his support – triggering of a conflict between the Cholas and Srivijaya.

Famous Tamil historian K A Nilakanta Sastri also opined that Srivijaya’s attempts to limit the Cholan trade with China could also have been a reason for the conflict.

The war began on 1025 CE, with the Chola Navy setting sails towards the east armed with a strategy that would take the Srivijayan forces completely by surprise.

At the time, ships sailing from India to Srivijaya would look to dock at the ports of Lamuri or Keday in the Malay Peninsula and then proceed onto the Strait of Malacca. Srivijayan defenses were organised with this line of attack in mind. (Refer below map for visual details)

This move by Rajendra Chola to attack from the south, caught the Srivijayan forces – deployed at the Strait of Malacca and expecting an attack from the north-west – completely by surprise.

The Chola forces laid siege first on Palembang – the resplendent capital city of the Srivijaya Empire. The Cholas captured the city and plundered the Kadatuan royal palace. In the attack, Rajendra Chola is said to have captured and imprisoned King Sangrama Vijayatungavarman and also taken over a large bounty of wealth – including the bejeweled war-gate Vidhyadara Torana – as a prize for his victory.

The expedition did not end there. Either by design or by fortune, the Chola fleet used the Southeast Asian monsoon to their benefit – launching expeditious attacks on an array of Srivijayan ports, moving from one to another swiftly and hence, never really allowing the Srivijayan Navy to launch an effective counter.

At the end of the war, Rajendra Chola had scored a decisive victory over Srivijaya and extended his supremacy over modern day Malaysia, the Andaman and Nicobar isles and southern Thailand. His dominance over the seas also allowed him to extract tributes from the rest of Thailand and the Khmer kingdom (modern day Cambodia).

Rajendra Chola’s victory effectively ended the Sailendra dynasty’s control over Srivijaya. As Rajendra Cholan chose not to stay and directly administer the kingdom, it entered a period of internal strife and a number of smaller, regional kingdoms were formed when their leaders chose to break away from Srivijayan overlord-ship.

The chaos ended to some extent with the ascension of King Sri Deva to the Srivijayan throne, following which the nation pursued friendly relations with the Cholas, even requesting for Chola aid while quelling an internal rebellion when Kedah tried to break away from Srivijaya.

The Chola victory also gave Tamil traders and merchants greater presence in the business sector of the regions of Sumatra and the Malayan Peninsula.

Rajendra Chola, of course, went on to continue ruling his kingdom with great success, building on the extraordinary rule of his father, to make the Chola empire one of the greatest the Indian subcontinent has ever seen.

He established a new capital city by the name of Gangaikonda Cholapuram (in the Ariyalur district of modern day Tamil Nadu) which, as the capital city of the Chola empire for almost 250 years, was the nerve centre of all trade and political activities in southern India, with its influence extending across the vast regions which had been conquered by Rajendra Chola.

Rajendra Chola also constructed the great Brihadeshwara Temple (now a UNESCO World Heritage Site, not to be confused with the temple his father built - both have similar but different names), dedicated to Lord Shiva, in the capital city. Completed in 1035 CE, it is one of the largest temples in India and one of Tamil Nadu’s leading religious and tourist destinations.

A spectacular rendition of South Indian architecture with almost peerless sculptural excellence, the Brihadeshwara Temple – along with the Brihadeeswara Temple (built by his father Raja Raja Chola) at Thanjavur and the Airavatesvara temple at Darasuram – form the triumvirate referred to as the great living Chola temples – each an architectural and spiritual marvel in its own right.