Why Legal Reporting Is So Mediocre In India 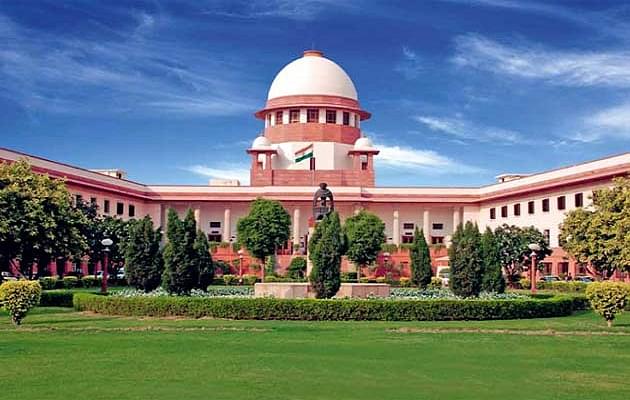 When journalists write, the Right to Freedom of Speech and Expression that all Indian citizens enjoy is taken to a more expansive level. Though citizens are free to express, they have to face the repercussions of their expression if it crossed prescribed limits. But most journalists and media houses enjoy immunity from any penalty even when their journalism falls short of legal standards.

This double standard has made legal journalism particularly difficult to stomach. Most mainstream newspapers, tabloids, websites regularly resort to substandard legal news reporting that lack depth and understanding and appear to be churned out with hardly any effort at all.

For instance, when information about the arrest of two women (both named Pinky to protect their identity) who were living together in defiance of their parents’ wishes surfaced, even the most woke websites reported a case of sedition having been filed by the parents against each another. A simple internet search of the term sedition would have straightened out the facts in the sententious reports. Many reports were subsequently taken down but only because it was so clearly ludicrous. The less ludicrous reports, however, held on.

A case in point is when a leading media house reported that the Allahabad High Court had ruled the practice of triple talaq unconstitutional and later edited their post after they were enlightened that a judge’s incidental remark (obiter dictum) during a hearing is not binding on the decision, though its URL still gives them away. A basic knowledge of the law would have prompted its reporters to question how a high court could pronounce judgement on a matter sub judice in the Supreme Court.

Despite the importance attached to courthouse coverage, most reporters stand in courts with little or no knowledge about the complexities of the justice system. One can only wonder how lazy legal journalism has become, and almost wish the Supreme Court had persisted strongly with a circular in 2007 for the need for journalists covering court proceedings to hold a law degree, though the circular was followed by another in 2011 following a complaint by advocate Harish Salve that he was misquoted by a press agency, after which the apex court brought out another in 2015 to reiterate its stand over this question.

Would A Law Degree Solve The Problem?

Even the reporters of India’s bestselling hotspot - cinema, seem to be snoozing. When a production house claimed that its upcoming film's title has been trademarked, not one journalist batted an eyelid. Even if one did not go into the ‘mark worthiness’ of the word, a simple search on the public portal of the trademark registry would have revealed the IP status of the title - 'objected’.

Instead, accomplished media Minute are all raving about how Mersal is the first South Indian film to get a trademark.

The problem is lazy journalism, not a degree in law. By not verifying details, not bothering to fact-check and then continuing to spread incorrect information, the media is not merely complicating news for the masses, it is defusing what must essentially be an issue, going so far as to suggest that reality isn't important enough. Now, calling it lazy journalism just doesn’t make the cut. It has transcended into a disservice to the marginalised, uninformed and under-informed.

When the Times of India reported that the Supreme Court ruled out the possibility of nursing homes without intensive care units (ICUs) performing surgeries, this is precisely what happened. The apex court considered two questions of law in Bijoy Sinha Roy versus (Dr) Biswanath Das and Ors, and the judge ruled in favour of the doctors who owned the clinic. It was held very clearly:

The matter which had been pending for 23 years was put to rest by directing Dr Biswanath Das to pay Rs 5 lakhs to the heirs of the complainant to provide some relief to the petitioners who had suffered the loss of a family member.

The judgement did not rule that nursing homes without ICUs cannot perform surgeries. In fact, both the national and state consumer dispute redressal commission did not pursue the plea that the operation should not have been performed at a nursing home which does not have an ICU.

In a country that majorly relies on small nursing homes to provide healthcare and emergency services, this kind of reporting only causes unwanted trepidation.

The recent misreporting on “love jihad” is another case of gross negligence over two legal issues that the public must be sensitised about - an adult woman’s right to her own body and life, and legal conversion before marriage.

Nowhere in the judgements of both the Supreme Court and the Kerala High Court have the words “love jihad” appeared. But most media houses could not resist the opportunity to spew some ‘catchy words’, irrespective of the high risk of brewing communal hatred.

What must have been an opportunity to address women’s rights to make their choices was everything, but that. Hadiya was ignored; the violation of her fundamental rights when she was forcefully sent back to her parents by the Kerala High Court was ignored.

The media instead chose to mine on the polarising potency - concocting and attributing to national courts a term that was never quoted by them.

When it comes to legal journalism, news seems to be tinted yellow. Hence, the need for specialists in journalism to write responsibly on laws, bills, genetic evolution, science, technology, riots, demonstrations and elections.

Journalists can no longer hide behind the meticulously constructed veil of the layman’s limited understanding of the law; they cannot remain insulated to a sense of responsibility and commitment to public knowledge. Interdisciplinary knowledge has become an urgent need because otherwise, the media cannot be the watchdog it is meant to be. But unbending quality in writing comes only with understanding. An ethical journalist who understands the law and procedure would essentially be doing so much more than any court can - taking the law to people’s doorsteps.

Legal writing or even reporting for that matter must come with an inherent excitement about finding out what transpired, checking, rechecking and then being open to being proved wrong, and mostly, realising the responsibility media owes to the most crucial pillar of India’s democracy. The media sowed the seed with an act of irresponsible legal reporting, we as a society watered it with sensationalism. Now we have reaped a habit of mediocre reporting. This could change. But as long as media houses solely focus on what sells, writing will remain the kind of work that is a product of slothfulness.

Varsha is a law graduate who is working for a law firm in Chennai.