Vaccines: Arbitrary And Irrational Policies Can Be Fixed, But Not Judicial Follies 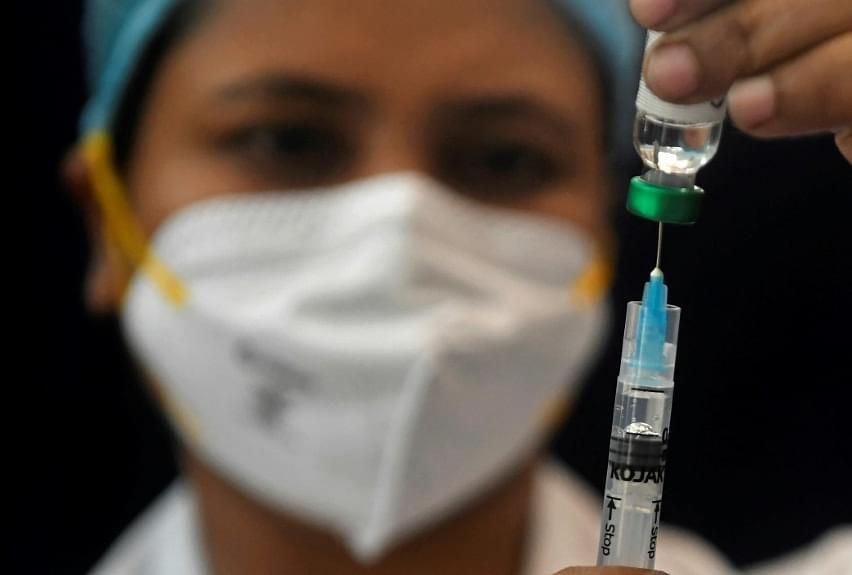 In early June, a Supreme Court bench headed by a future Chief Justice, D Y Chandrachud, declared the Centre’s vaccine policy as “arbitrary and irrational.” One can debate that, but let us assume that the policy, which allowed states to procure 25 per cent of their vaccine supplies directly from vaccine makers and private hospitals another 25 per cent, was indeed arbitrary and irrational.

What I would like to suggest in this article is that courts pontificating on policy matters outside their reasoned judgements can and should be avoided. Their own decisions can be equally arbitrary and irrational, as I will show later.

Moreover, even if off-verdict pronouncements made by a bench do seem to make initial sense, the rationality or otherwise of a policy decision taken in the context of diverse political realities cannot be for the courts to judge.

If we look at the entire history of economic decision-making in India (or anywhere, for that matter), few would stand scrutiny if judged purely on the basis of expert opinions about rationality or arbitrariness.

Let’s start with the mid-April 50:25:25 vaccine policy itself. It was opposed on two major grounds: one, since vaccination is a 'public good', it should be free and neither states nor beneficiaries ought to pay for it. And two, since allowing states to directly bid for vaccine supplies would have created needless competition among them, it was a bad policy.

But if we consider the reasons that went into making this policy, they look less irrational and arbitrary. First, states wanted more autonomy in deciding whom to vaccinate. They already decide when to shut their economies down and when to open up in order to curb the spread of Covid – all in their own 'arbitrary and irrational' ways. So, the vaccine policy should indeed be decided by them.

The problem with the mid-April vaccine procurement policy was not necessarily its irrationality, but its timing. When vaccines were in short supply in the near term, the Centre should have waited till August – when supplies were to improve – before allowing states to procure vaccines on their own terms. It should have stated the obvious, that now is not the time for it, but instead opted for the policy when the supply situation was not ripe for it.

The Supreme Court wondered why states should procure vaccines at a price higher than the Centre, and why private hospitals should be allowed such a large share (this question is being raised by states now with the amended 75:25 procurement policy). But here too there is some logic to the earlier decision.

Remember, even under the mid-April policy, vaccine makers were not allowed to decide prices arbitrarily; they had to announce their prices in advance so that states would not have to bid up the price. The logic of having such a high share for private hospitals, where high prices could be charged, was to allow vaccine makers to subsidise their costs when state-led procurement gave them very little margin for profit or investment in expanding capacity.

The other point, that since vaccination is a public good, it needed to be centralised and given free is also flawed. If the states had managed to obtain any supplies, whether from India or abroad, they too would have provided the vaccines for free. So, free would have been the norm. The notion of public goods does not change just because states get more leeway to decide policies in a federal structure.

But let’s also consider the situation after August, when vaccine supplies will be far easier. If supplies aren’t a big problem, why would states not want to do direct deals for their own health priorities? Some states may want to prioritise some groups (example, traders, office-workers and transport staff), while others may want to do it differently depending on their specific situation.

The argument of vaccine being a public good is vacuous, for it does not become less of a public good just because the states do it rather than the Centre. States may be in a better position to judge what is a public good in their context instead of having to accept a one-size-fits-all central policy.

One can expand the list of policy decisions that may look arbitrary and irrational at first glance, but once view them in their correct political-economic context, they may pass muster. The ideal is often not the standard against which to judge the doable.

For example, how are the current goods and services tax (GST) rates or the revenue growth guarantees given to states anything but arbitrary and irrational? But this was the best deal possible in 2016-17 in order to get states to sign on. As we move along, GST will become less arbitrary and irrational, and that is how things work in a political economy.

How are the Food Security, Right to Education or Land Acquisition Acts any less arbitrary and irrational? Why should land buyers pay two times market prices in urban areas and four times in rural areas for large acquisitions?

Why is the RTE applicable largely to majority-run institutions when the idea is to universalise quality education? Why does Delhi need the same kind of food security as Tamil Nadu or Manipur? Isn’t the imposition of the same law on states with different needs not arbitrary and irrational?

Go to macroeconomic policy and one can ask what is so rational or non-arbitrary about a 3 per cent fiscal deficit target? Why not 2.5 per cent or 4 per cent? Why should bank capital – no matter who owns them – be a fixed amount based on what the Reserve Bank of India or Basel norms decide?

When banks are owned by government, and hence backed by a sovereign, and if most of them operate only in India, why not have different capital norms for state-led bankers and private ones? Would that too be arbitrary and irrational, when it is more than obvious that no public sector bank can ever be allowed to go bust?

The short point is this: decisions taken in the context of a diverse polity where consensus is difficult cannot be prejudged by the courts. They are in no position to do any better, as became obvious when the Supreme Court-instituted Covid task force said that Delhi may have over-estimated its oxygen needs. But the courts were insisting in April that Delhi’s needs should be met by the Centre without question.

Politicians at least are accountable to voters; the courts are not. Who knows how many deaths were caused in other states due to the 'arbitrary and irrational' diversion of oxygen to Delhi during that period of excess demand?

But let’s now turn to the judiciary itself and ask if its own decisions in various cases are not sometimes random, arbitrary and irrational?

How did the Supreme Court decide, in a matter in which it had a vested interest, and on which Parliament and legislatures voted near-unanimously for a more formal process of judicial selection, that only the judiciary will decide who will be appointed judges? Which democratic country ever allows judges to appoint themselves? Not just arbitrary and irrational, but this is downright violation of the idea of separation of powers.

We are talking here about the abolition of property rights which formed part of the original list of fundamental rights. That’s as basic as one can get, for the key to the enforcement of any right is the ability of people to afford to fight in court, and anyone without the means to do so will not get justice. A person without property cannot have the wherewithal to stand on his own feet and fight state arbitrariness and callousness.

Or what is one to make of the Supreme Court’s own decision that the death penalty can be awarded only in the 'rarest of rare' cases without defining what is 'rarest of rare'.

Thus Ajmal Kasab, the 26/11 terrorist, Afzal Guru (convicted in the Parliament terror attack) and Yakub Memon (convicted for involvement in the 1993 Mumbai blasts), were all convicted for terrorism, and got hanged, but Balwant Singh Rajoana, convicted for assassinating a former chief minister of Punjab, and Rajiv Gandhi’s killers have been spared the noose for political reasons.

You want to be seen as secular, and the only people hanged belong to one community. How is this not arbitrary and irrational, assuming you want to retain the death penalty for the rarest of rare crimes.

Or, how is the 49 per cent limit on reservations not arbitrary, and why is a 69 per cent reservation limit in one state (Tamil Nadu) beyond question by the courts? Can two arbitrary quota limits be equally valid? Or is it a case of “show me the state, and I will show you what is rational?”

Even more arbitrary and irrational are the ways in which the Supreme Court decides which public interest litigation (PIL) it will take up. Thus, PILs regarding the 2002 Gujarat riots and the 1984 anti-Sikh killings got taken up repeatedly, but the ethnic cleansing of the Pandits in Kashmir Valley got short shrift.

On the other hand, a petition filed nearly a decade ago by the late Swami Dayanand Saraswati for freeing temples from state control – something that should be commonsense in a secular country – never gets taken up. How non-arbitrary or rational is the decision to sit on this case that is so central to the fundamental tenet of equal rights to all religions in secular India?

Clearly, the courts think this is a political hot potato and want to delay this – just as they did with the Ram Janmabhoomi issue. Are decisions on which PILs to take up and which not to also not 'arbitrary and irrational?'

We can all understand that political processes sometimes mean fixing policy on the go. They may not seem well reasoned or rational at first, but they can be fixed based on experience and by correcting obvious mistakes. Unfortunately, what political processes can correct over time, the judiciary seems unable to do. Its arbitrariness and irrationality is embedded in opaque reasoning and non-transparency.