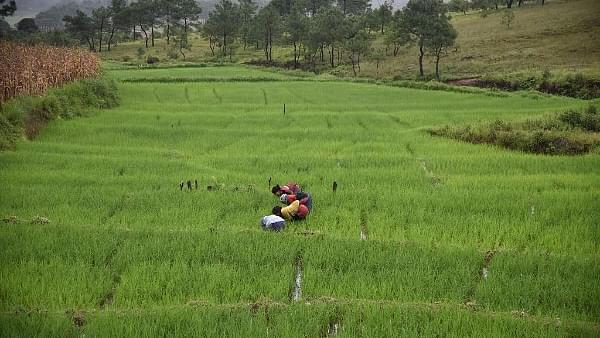 When urban land becomes costly or scarce, the logical thing to do is grow vertically. But can the same logic apply to agriculture?

India may have lots of fertile soil, but as cities expand, rich farmland is being lost. Can this be remedied?

One answer comes from experiments in the United States (US). A company called AeroFarms is taking farming vertical: it produces two million pounds of leafy greens in a high-tech building where farm technicians monitor plant growth in spaces fed by LED lights. AeroFarms’ agri-facility occupies barely 1.5 acres of land, but expects to produce “as much food as 120 acres of traditional farmland, using 95 percent less water, and no soil or pesticides, with harvests year-round,” says this report on MIT Sloan’s website.

AeroFarms monitors 30,000 data points to grow leafy greens in a post-consumer recycled cloth made from plastic bottles. Bathed in LED lighting, the exposed roots are fed with a nutrient-rich mist and plants reach maturity in half the time of traditional methods.

And nor is Aerofarms just an outlier in vertical farming. Many more firms are going vertical near urban areas.

While it may be too early to conclude that vertical farming has come to stay, the idea clearly lends itself to copying and innovation. In a country where fertile land is at a premium and likely to be gradually shrunk by urbanisation, it is an idea worth experimenting with in non-cereal agriculture and horticulture.

Land prices near urban areas are already going through the roof. For example, land acquired for the Navi Mumbai airport involved paying more than Rs 4 crore per acre. The National Highways Authority of India (NHAI) last year paid nearly Rs 1 crore for each acre of land acquired for building highways. (Each kilometre of highway needs around two and a half acres of land).

Given the cost of land, it makes sense to go vertical in every area of growth – in agriculture, manufacturing and services. If we assume that most of India will gravitate towards cities, especially coastal cities, it is not inconceivable that even factories can go vertical, using less land for the same output.

The logic of verticalisation is simple: it reduces actual land costs when unit costs of land rise to unviable levels.

1) The arable land lost to cities can be quickly compensated through vertical farming.

2) It would offer a politically painless way of allowing the corporatisation of farming. Right now only a limited form of contract farming, or guaranteed purchase of output, is possible.

For India’s farmers, the message is simple: consolidate and expand farm sizes and productivity. Or sell unviable land holdings while there is still a market for it.

If they don’t do so, soon they may find that the demand for land will start falling. When land prices remain too high for too long, the market will find alternatives – including ways to use less land to do more things. This is the message from vertical farming.